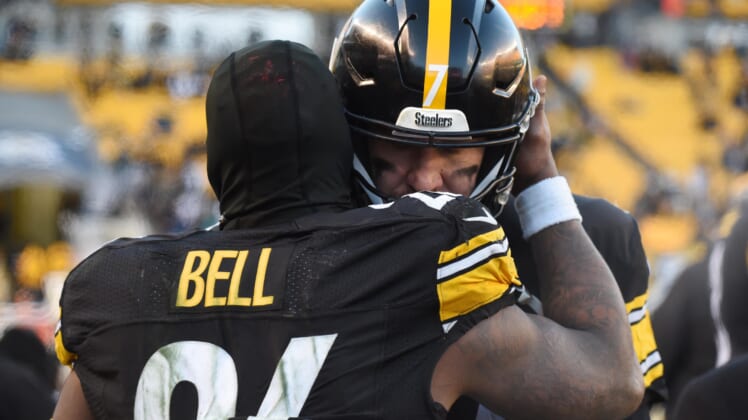 Pittsburgh Steelers quarterback Ben Roethlisberger is coming off what has to be described as the most frustrating season of his Hall of Fame worthy career.

Pittsburgh finished the 2018 campaign with an 9-6-1 record, missing out on the playoffs altogether after losing four of its final six games. The season was defined by both Le’Veon Bell’s holdout and drama that unfolded behind the scenes between Big Ben and star receiver Antonio Brown.

In talking about Bell’s holdout, Roethlisberger noted that the Steelers were hurt more by the distraction that this caused than Bell’s absence on the field. Equally noteworthy, he was impressed by how James Conner performed in Bell’s stead.

“That was such a big thing we had to deal with every single week,” Roethlisberger told 93.7 The Fan in Pittsburgh. “I was actually encouraged by what we saw from James Conner without Le’Veon here.”

Conner did play well in Bell’s stead. The second-year back put up 1,470 total yards and 13 touchdowns, leading to speculation that Pittsburgh won’t even offer Bell a contract this offseason.

As it relates to Big Ben, he’s not currently being viewed in the best of lights. This past calendar year was defined by him throwing teammates under the bus at nearly every turn.

It culminated in a spat between him and Brown following Week 17’s win over Cincinnati. It’s certainly going to be interesting to see how things work out over the next several months in Steel City.