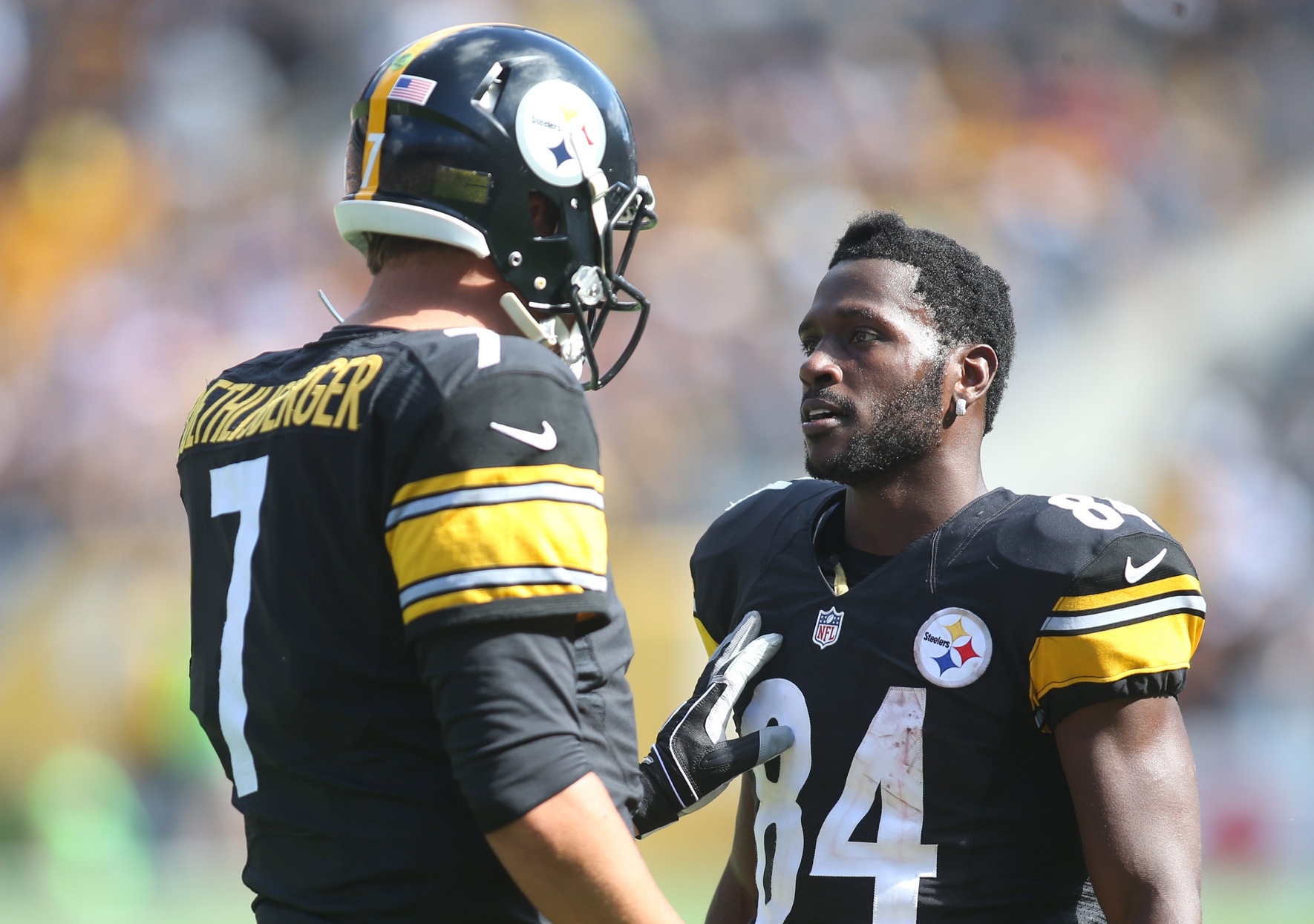 Pittsburgh Steelers quarterback Ben Roethlisberger views himself as a team leader. That’s been the case for the large part of his Hall of Fame-worthy career. Big Ben also isn’t afraid to call his teammates out publicly.

Big Ben is not limiting said criticism to the rookie. Instead, he’s calling out star veteran wide receiver Antonio Brown.

With Pittsburgh down by seven late in the fourth quarter Sunday, Roethlisberger threw a horrible game-ending interception on a pass targeting Brown. The play itself was bad on so many levels.

Instead of taking responsibility himself, Roethlisberger is out here criticizing Brown for “drifting” in the end zone on the interception.

Sun, Ben Roethlisberger said of JuJu Smith-Schuster: "He is reliable, dependable and trustworthy." Tues, he said he wished he'd thrown to JuJu 4x in the and-goal situation to end the game, and he faulted Antonio Brown for "drifting" in the end zone on his INT. Well…

Can’t Roethlisberger just take responsibility for his mistake on the throw? It’s rather obvious he was at fault.

pic.twitter.com/ZAI35klUPB Roethlisberger has to know better than to throw whatever this was

The Roethlisberger-to-Brown connection has yet to take off this season. It was just two weeks ago that the quarterback was picked off twice in targeting Brown. He’s also struggled actually throwing accurate passes in the Pro Bowler’s direction.

According to @PFF, Antonio Brown's 35 "uncatchable" targets are more than anyone else in the NFL. (Uncatchable = behind, in front, over/underthrown, floated, led out of bounds, led into coverage, etc.)

With five interceptions over the past two games, it’s high time that Roethlisberger takes some of the blame for Pittsburgh’s recent lackluster play. If not, it will continue to create a divide between him and his star pass catcher and could derail a season in which Pittsburgh has championship aspirations.