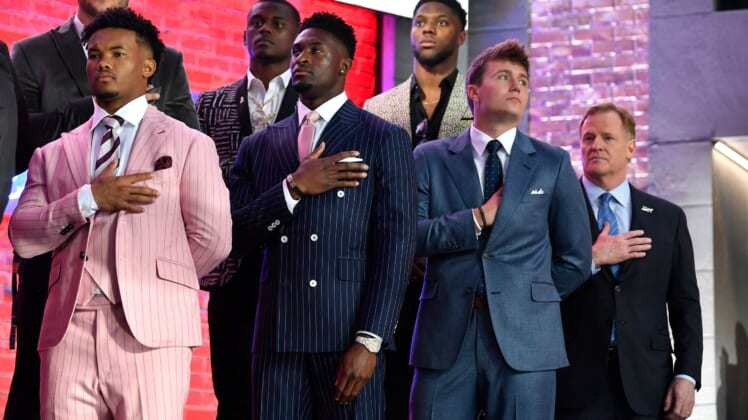 It was just over a week ago that NFL Commissioner Roger Goodell released a statement reversing the league’s policy on protests and indicating he’s a firm believer in the Black Lives Matter movement. Some around the league have not taken too kindly to Goodell’s about-face.

This all stems from the NFL’s policy against the national anthem protests starting back in 2016. Public sentiment has switched in favor of said protests. Some believe that the NFL is simply changing its tune due to the overwhelming support of Black Lives Matter in the United States.

The murder of George Floyd at the hands of a then-Minneapolis police officer back on May 25 changed everything around the sports world. When it comes to football players, it seems that we’re witnessing a united front as it relates to ongoing protests and the Black Lives Matter movement.

Not only did Goodell change course regarding protests, he admitted that the NFL mishandled the Colin Kaepernick-led protests. This came shortly after star players appeared on video demanding action from the league.

Following Goodell’s apology, it seems that the commissioner is in a damn if you do, damn if you don’t situation. Sure he should have had his players’ backs years ago.

Even then, the stunning reversal we saw last week coupled with the NFL’s decision to pledge $250 million to fight systemic racism in the United States is a tremendous start.

It seems that some players are just not willing to move on from the NFL’s previous stance. Judon is the latest example.