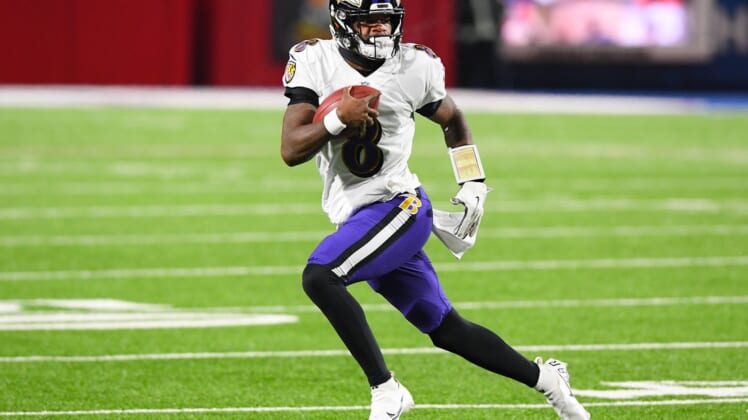 In his season-ending press conference, Harbaugh said he and general manager Eric DeCosta have discussed the long-term future for Jackson, who is eligible to sign a new contract after playing three seasons in the league.

“Eric and I have talked about that and other contracts, so I’m very confident that Eric and those guys will do a great job,” Harbaugh said. “Absolutely, we want Lamar to sign a long-term deal and be with us. I’m totally certain that’s going to happen. When it happens, that’s the details. That’s what we’ve got to figure out.”

Harbaugh said the 24-year-old Jackson is still working through the effects of the concussion he sustained in the Ravens’ season-ending loss to Buffalo in last week’s AFC divisional playoff game.

Jackson finished the season with 2,757 yards passing to go with 26 touchdowns and nine interceptions. He rushed for 1,005 yards and seven TDs, averaging 6.3 yards per carry. It’s was his second consecutive 1,000-yard rushing season.

Harbaugh also pledged to keep strength and conditioning coach Steve Saunders, whose breach of COVID-19 protocols helped fuel the outbreak on the team. Harbaugh said Saunders apologized to the team after returning from his suspension following the breach.

“I don’t plan on any staff changes unless guys decide they have better opportunities elsewhere,” Harbaugh said.