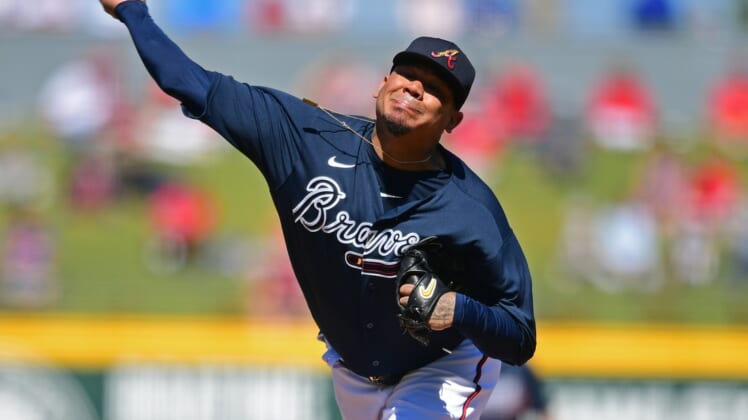 Veteran right-hander Felix Hernandez, who is trying to make the Baltimore Orioles’ Opening Day roster after signing a minor-league deal, is getting treatment for an elbow injury.

Hernandez, who will turn 35 on April 8, was removed from Tuesday’s spring training game against the Tampa Bays after one inning. He had two strikeouts.

Multiple reports indicate Hernandez started treatment Wednesday for right elbow discomfort and is being listed as day to day. According to The Athletic, there is no timetable for him to return to the mound and the team has not scheduled an MRI exam.

Hernandez has not pitched in a major league game since 2019, when he was in the last of his 15 seasons with the Seattle Mariners. He signed with the Atlanta Braves in 2020 but opted out of the delayed season.

According to the terms of his minor league deal with the Orioles, he was set to make $1 million if he made the big league roster.

In 2012, he tossed a perfect game and struck out 12 in a 1-0 win over the Tampa Bay Rays. That stands as the most recent perfect game in major league history.