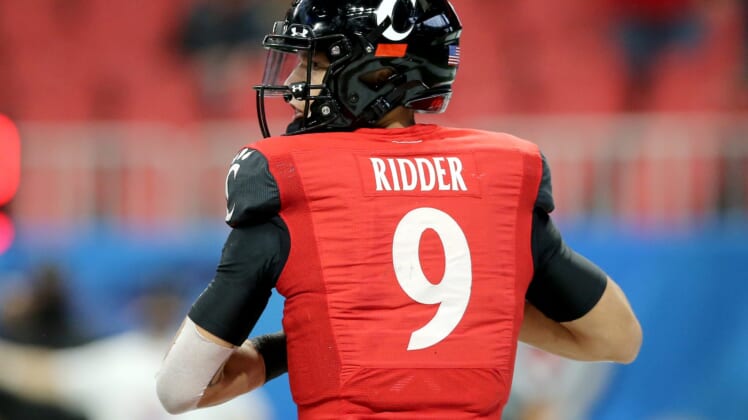 The Atlanta Falcons faced a decision in Round 3 of the 2022 NFL Draft, deciding which quarterback to take between Desmond Ridder and Malik Willis. More than a week after Ridder was selected with the 74th overall pick, we now have some insight into the decision.

Atlanta could have gone in either direction and received praise. Many viewed Willis as a top-40 talent in the 2022 draft class and Ridder was viewed as a pro-ready quarterback with an underrated ceiling. With both young passers available in the third round, the Falcons didn’t have to reach for either of them.

This is also a good situation for a rookie to walk into. Marcus Mariota will open the 2022 season as the starter, providing the young quarterback behind him time to learn the offense. Plus, Ridder lands in an offense with an outstanding tight end, Kyle Pitts, and a big-bodied receiver in Drake London. 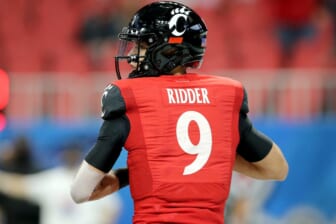 However, the decision to choose Ridder over Willis surprised some people. Willis offers more upside and his athleticism could make him a more explosive player. But NFL insider Jeremy Fowler shared on ESPN why the Falcons made the decision.

Fowler wrote for ESPN that Atlanta felt Willis “lacked the signature moments” in his college career at Liberty. It played a significant role in their preference for Ridder, who shined on big stages. They also felt the former Cincinnati quarterback “showcased a more complete body of work.”

Did the Atlanta Falcons make the right decision?

While it’s far too early to declare with certainty whether or not the Falcons chose the right quarterback, there is sound logic behind their decision.

When Willis faced Mississippi during the 2021 season, he threw three interceptions and failed to record a touchdown pass. He also needed 25 pass attempts to reach 173 passing yards in a 27-14 loss to the Rebels. He also struggled against Middle Tennessee State and Louisiana-Monroe, combining for six interceptions in those two starts.

Ridder played on a Bearcats’ roster with significantly more talent and a better coaching staff. However, he also faced tougher competition. Against Notre Dame, he racked up 297 passing yards and scored three total touchdowns in a huge win for Cincinnati’s program.

As Fowler notes, the Falcons also placed an emphasis on Ridder’s polish as a quarterback compared to Willis. If Atlanta wants, it can start Ridder during the 2022 season with some confidence in his ability to read a defend, handle pressure and progress through his reads. Those are all huge areas of weakness for Willis right now.

While he didn’t land in Atlanta, Willis didn’t have to wait much longer to hear his name called. Picked by the Tennessee Titans with the 86th pick, he might be in an even better situation for himself that increases his shot at having a successful NFL career.

No matter which quarterback the Falcons picked, it won’t impact their draft plans next year. If this team holds a top pick in the 2023 NFL Draft, there’s a strong likelihood they will draft a quarterback.