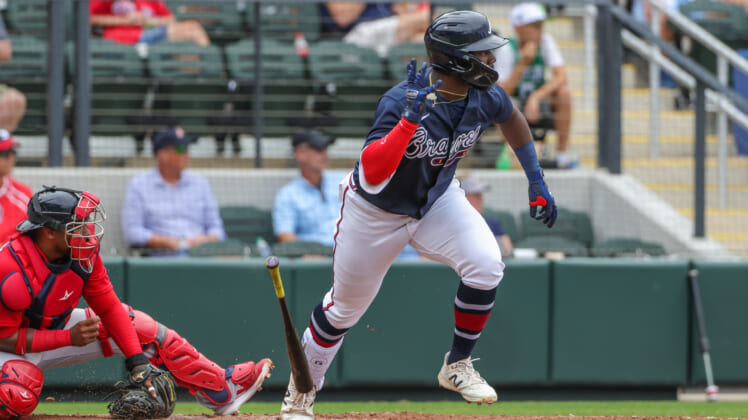 Atlanta Braves’ top prospect Michael Harris II is on his way to the majors, receiving the call-up to make his MLB debut on Saturday against the Miami Marlins.

The Braves announced that Harris will be taking the roster spot of outfielder Travis Demeritte, who is being optioned to Triple-A Gwinnett. Harris will be in the Braves’ lineup on Saturday afternoon, wearing the No. 23 as he mans the outfield.

Harris, age 21, began the 2022 season with Atlanta’s Triple-A affiliate. He displayed impressive patience at the plate, striking out in fewer than 20% of his plate appearances. After dominating at the level for nearly 200 plate appearances, the organization made the call to bring Harris up to provide a spark for the MLB club.

Selected by Atlanta in the third round of the 2019 MLB Draft, this is a dream realized for the switch-hitter. Harris grew up in DeKalb County, Georgia and an opportunity to play for his hometown team proved motivation enough to turn down a scholarship to Texas Tech.

Harris was rated as the No. 1 prospect in the Braves’ farm system by MLB Pipeline this spring. The 6-foot outfielder boasts a 55-grade hit tool with quality power for his frame. He’s strong defensively, bringing excellent speed and above-average arms strength and instincts in center field.