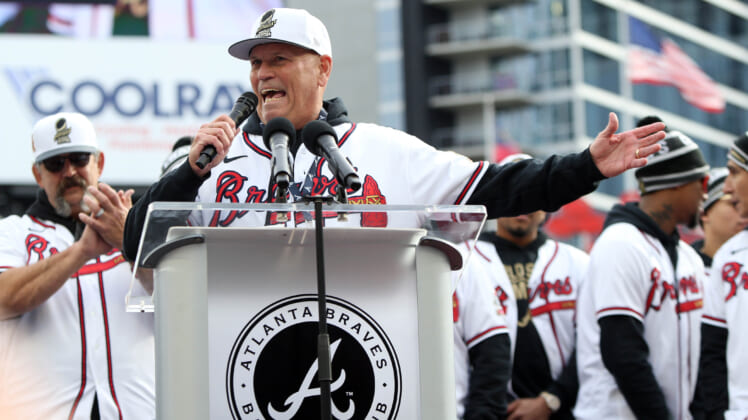 The World Series champion Atlanta Braves announced Tuesday that they have exercised their option on Brian Snitker’s contract, locking up their veteran manager through the 2024 season.

Snitker is coming off leading the franchise to its first World Series title since 1995.

Snitker, 66, has a 441-390 record in six seasons since taking over as the Braves’ manager in 2016, following the firing of Fredi Gonzalez.

Snitker has led Atlanta to four straight NL East titles, and has spent more than four decades in the Braves’ organization.