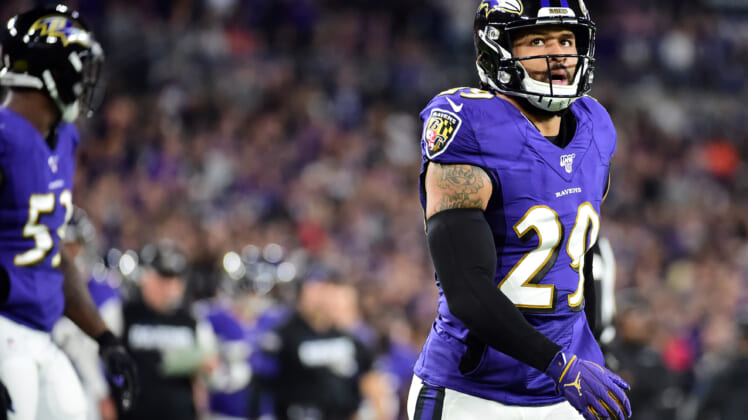 After entering the league as the 14th pick in the 2010 NFL Draft with the Seattle Seahawks, few safeties were as impactful as Earl Thomas was during his 10-year professional football career. Having made seven Pro Bowl teams from 2011-2019, Thomas was one of the best at his position.

Yet, after suiting up for 15 games with the Baltimore Ravens in 2019, the 33-year-old Thomas, hasn’t played since being released the following preseason after an altercation in which he punched a teammate at practice. As recently as two weeks ago, Thomas was looking for a way back into the NFL.

According to Ryan Autullo of the Austin American-Statesman, an Austin, Texas judge has issued an arrest warrant for Thomas, who is a native of the Lone Star State. Police have said Thomas had violated a court protective order in which he sent messages with a threatening nature to a woman and her children.

Court records state Magistrate George Thomas signed a warrant on April 27, which charges Thomas with a third-degree felony for being in violation of the court protective order two or more times within a 12-month cycle. The case has since gone to a Travis County district court.

Thomas has not been jailed for the offense, as of this posting.

While Thomas owns a home with his wife in West Austin, he is also known to spend time in Orange, Texas, which is where he was born and raised.

Thomas’s agent said Earl has been working with his wife

Trey Dolezal, a sports agent and lawyer who represents Thomas in his ongoing divorce battles, has notified his client about the warrant, but is confused how it came to be.

The arrest affidavit alleges Thomas in in violation of a protective order, issued in May of 2021, stating he could only communicate with the woman through a co-parenting phone app. But Thomas refuses to download said app, according to the woman.

The affidavit states Thomas opts to reach out to her directly by phone, showing up unannounced.

She recently revealed to police that Thomas has been sending threatening messages toward the woman and her children.

Police obtained a specific text from April 18 after Thomas let her know he acquired two handguns earlier in the day. A later text read “Waiting on hand in foot is why I’ll kick ur ass.”

Thomas sent another threatening text the next day according to police.

“I hope u in the car with him and the kids and yall drive off the road.” That same day, police say he texted: “Ima let my momma and my cousins poison they (their children) ass.”

Earl Thomas’ texts to his wife according to Texas police

Earl Thomas had previous recent run-ins with the law

Additional court records reveal Thomas was arrested in Travis County in February of 2021 on a misdemeanor for carrying a weapon unlawfully. The case was later dismissed when he agreed to give up the weapon in February of 2022.

Thomas also reportedly has $96,000 in unpaid taxes and penalties dating back to last year.