Kyler Murray is on hand after signing a huge extension earlire in July. Star wide receiver DeAndre Hopkins will be on hand despite being suspended for the first six games of the regular season.

In no way does this mean everything is great for head coach Kliff Kingsbury and Co. Arizona struggled toward the end of last season and has had issues closing out campaigns during Kingsbury’s tenure. Things must change in that regard. And it all starts during camp.

With camp opening on July 21, the Cardinals just recently released their practice schedule in Glendale. Here are the ones that are open to the public. 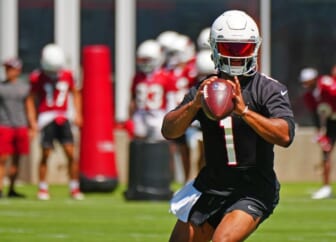 Here is the history of where the Cardinals have held training camp over the years, via Pro Football Reference.

Can you go to Arizona Cardinals training camp

Without a doubt. Last year saw the Cardinals hold 12 open practices at State Farm Stadium. That included Red and White Practice on August 7.

This year, said Red and White Practice will take place on August 6. Meanwhile, the first open practice will be NFL’s Back Together Saturday program at 1:30 p.m local time.

Here are the top storylines and Cardinals’ position battles to follow in training camp this summer.

The likes of Marco Wilson, Antonio Hamilton, Breon Borders and Christian Matthew will compete for playing time on the outside during Cardinals training camp. Wilson has an inside shot of earning one of the starting spots despite his struggles a season ago.

A fourth-round pick from Florida back in 2021, Wilson yielded a 70.3 completion percentage and 120.8 QB rating when targeted a season ago.

He’ll need to improve if the Cardinal are going to have any chance against elite-level NFC West wide receivers in that of Deebo Samuel, Cooper Kupp, Allen Robinson and DK Metcalf.