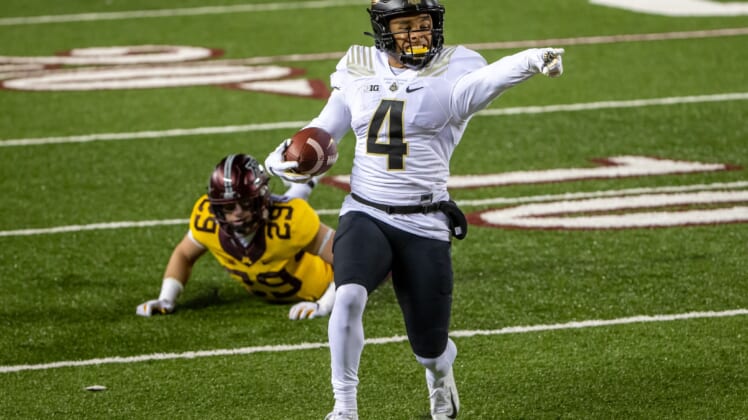 The Arizona Cardinals were looking for more weapons for quarterback Kyler Murray to toss the rock to in the 2021 NFL Draft. In fact, they were linked to Jaylen Waddle from Alabama in a trade-up scenario earlier during the annual event.

Instead, Arizona sat back and landed a stud receiver in that of Purdue’s Rondale Moore with the 49th selection in the draft.

Somewhat limited due to his 5-foot-7 frame, Moore is an absolute beast from the slot. He’s especially dominant against zone defenses in that the smallish former Purdue star can create separation on a dime.

That was evident back in 2018 as a freshman when Moore caught 114 passes for 1,258 yards and 12 touchdowns. Unfortunately, he’s played in just seven games the past two seasons due to a combination of injuries and the COVID-19 pandemic.

Even then, we’re talking about a tremendous skill-position add and an immediate impact performer in the return game for an Arizona Cardinals team that needs help in both areas. Moore was our 26th-ranked prospect leading up to the 2021 NFL Draft.