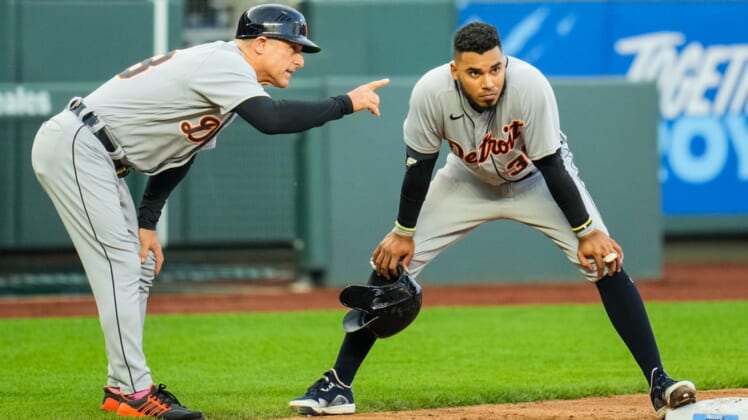 Detroit Tigers third base coach Chip Hale is leaving the organization to become the head coach at the University of Arizona, his alma mater.

The school said Hale will receive a five-year contract, pending approval by the university’s board of regents.

“I am very honored and excited to be the new head baseball coach at the University of Arizona,” Hale said in a statement. “We will work tirelessly to build on the success that has been established here and continue to coach and develop our Wildcats to be champions on the field and in the classroom.

“With the help and support of the University of Arizona and the Wildcat Family, we plan on making many trips to Omaha!”

The 56-year-old Hale replaces Jay Johnson, who recently departed for LSU after guiding Arizona to the College World Series in Omaha for the second time during his six seasons at the school in Tucson.

“I am thrilled and excited to have Chip lead our iconic baseball program,” Arizona athletic director Dave Heeke said in the news release. “Chip has long been a member of the Wildcat Family as a former student-athlete and has always remained close to our University and to our Tucson community. He has played and coached at the highest levels of the game and brings an unbridled passion and enthusiasm to his work.

“I have no doubt that Chip embraces the Wildcat Way mission we share at Arizona Athletics, and that he will mentor and develop future generations of Wildcat champions on the diamond, in the classroom, and in the community.”

Tigers manager A.J. Hinch said that bench coach George Lombard will handle the third base coaching duties up until the All-Star break.