Are the 49ers favored to land Richard Sherman? 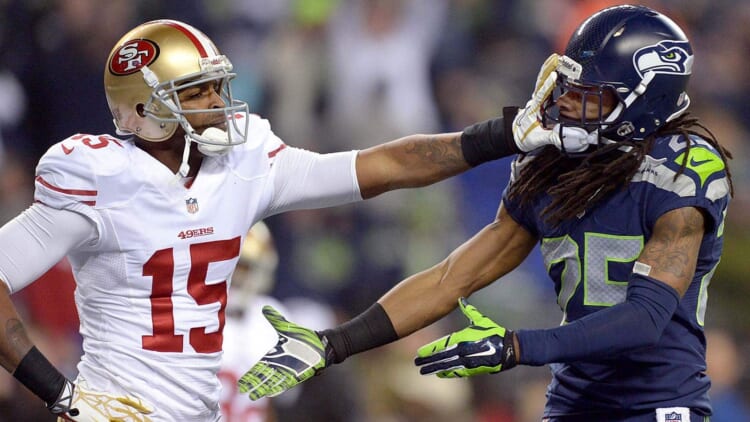 Cornerback Richard Sherman has been a free agent for mere hours. But, this has been plenty of time for Vegas oddsmakers to compile a list of teams most likely to land the All-Pro corner.

Lo and behold, Sherman’s former NFC West rival San Francisco 49ers are the favorites to sign him. Wouldn’t this be quite something?

We all remember the ball Sherman tipped in the 2014 NFC Championship game against the 49ers that sent his now former Seattle Seahawks team to the Super Bowl.

When it comes to affording Sherman, the 49ers are loaded with salary cap space. Plus, Sherman said he wants to play with a “great quarterback.” Some already consider Jimmy Garoppolo an elite in the making.

If the 49ers don’t happen, it looks like Sherman’s former Seahawks — who are leaving the door open for a return — are next in line.