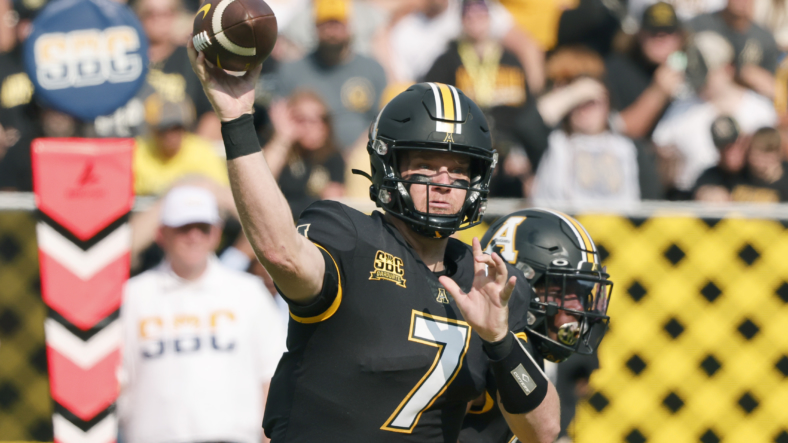 The excitement levels were already sky high on campus at Kidd Brewer Stadium as the Appalachian State Mountaineers took on the Troy Trojans on Saturday evening for their sixth matchup against one another since 2015. After the Mountaineers managed to shock the world with a massive college football upset by taking down the then-sixth-ranked Texas A&M Aggies in Week 2, it was announced that ESPN College GameDay would be paying a visit to the Sun Belt Conference school for the first time in history.

While this Week 3 battle against the Trojans didn’t carry nearly the same weight for the 1-1 Mountaineers, as they were already favored coming into the matchup. But it was the finish that keeps them in the headlines for at least another week. How often do we see a 53-yard Hail Mary send the home team off in walk-off fashion?

In this case, it was senior quarterback Chase Brice connecting with sophomore receiver Christian Horn for the go-ahead score for Appalachian State.

It doesn’t get much better than that. It’s safe to say, ESPN got their money’s worth with their trip to Boone, North Carolina.

Now with the Mountaineers moving to 2-1 on their season, Shawn Clark’s crew will aim to start 3-1 for the second consecutive season. To do so, they’ll have to take down the James Madison Dukes, who are 2-0 after a couple of very convincing victories, outscoring their opponents 107-14.