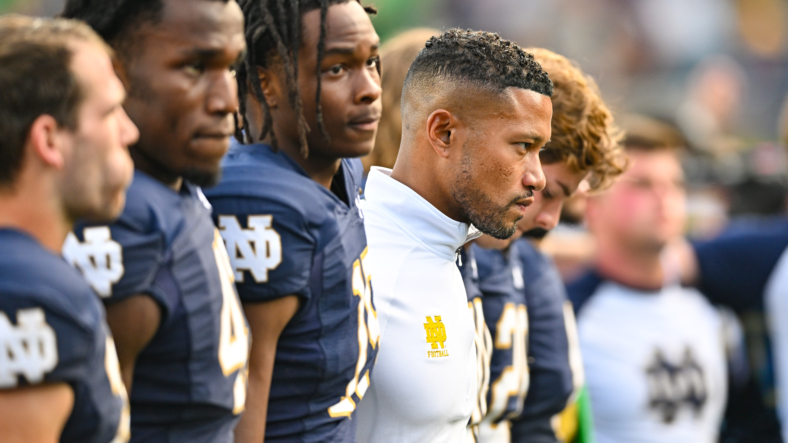 The Texas A&M Aggies and Notre Dame Fighting Irish entered Week 2 as top-10 teams in the latest college football rankings. Saturday’s stunning losses will prove costly to their placement in the top-25, but it will also hit them financially.

Many of the best teams in college football pay smaller programs to travel for an early-season matchup. It’s an opportunity for smaller schools to both gain recognition and receives some much-needed funding. It’s a worthwhile expense for a Power 5 program that is looking for an easy opponent early in football season.

That’s what Notre Dame and Texas A&M expected on Saturday. The Fighting Irish would pick up a victory they badly needed after the heartbreaking Week 1 loss to Ohio State. Meanwhile, the Aggies could work out their issues in front of a friendly crowd at Kyle Field before facing Miami in Week 3.

Instead, the college football world experienced chaos. It started early at Notre Dame Stadium with the No. 8 Fighting Irish falling behind 9-7 at halftime. With everyone on upset alert, the Irish came out flat in the second half and could only watch the Thundering Herd run all over the field after a stunning 26-21 victory.

According to Darren Rovell, Notre Dame paid Marshall $1.25 million for the ugly loss in South Bend. While the program can handle the financial hit, the mark it will leave on the football program for the rest of the season is far costlier.

Fighting Irish coach Marcus Freeman entered with the No. 1 recruiting class in the 2023 cycle. After Saturday’s defeat and with an 0-2 record on his resume this year, that might not last for long.

How much did Texas A&M pay to play Appalachian State?

Jimbo Fisher and the Aggies needed a victory on Saturday even more. They knew Appalachian State would put up a fight on Saturday, just as it did in Week 1 against North Carolina. However, the No. 6-ranked team in the country still entered as a double-digit favorite.

The talent advantage and home-field edge didn’t make a difference. Texas A&M coughed up two turnovers and it was utterly dominated in the battle for time of possession (41:30-18:30). While the Aggies rallied back at one point, the Mountaineers came out on top in the final minutes for the second stunner of Week 2. 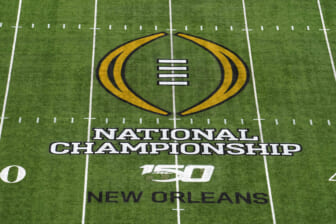 According to Rovell, Texas A&M paid Appalachian State $1.5 million for this matchup. Similar to Notre Dame, the bill isn’t going to put any limitations on the Aggies’ budget moving forward. However, it crushed the program’s hopes of competing for a spot in the College Football Playoffs and proved that Fisher’s team still isn’t ready to be viewed among the elites in college football.