Antonio Brown Riding up to Camp in a Custom Rolls-Royce

Really, there isn’t much to see here. All that’s happening is Pittsburgh Steelers wide receiver Antonio Brown prepared to role up to the team’s training camp in a custom made Rolls-Royce Phantom.

NFL players having ridiculous cars isn’t new. What is new here is that Brown’s car is painted black and yellow to match his team’s colors. 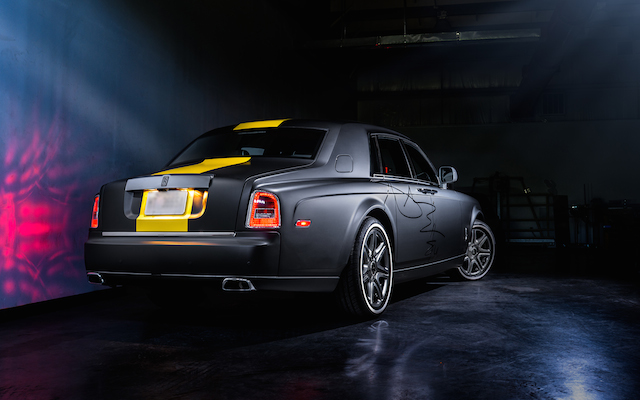 Notice something on the right passenger side? Yeah, Brown decided to turn his car into a one-of-a-kind variety by literally autographing it himself. 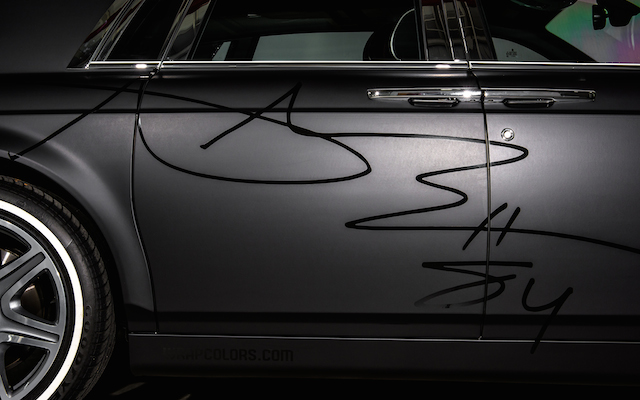 Doing some research, we found that a standard 2015 Phantom is going for $453,000 on the market. Now take into account the matte black base and yellow stripe, it’s pretty obvious that Brown’s version is a bit more custom than the ones you can find at car dealerships.

Speaking of the matte black, isn’t it pretty darn sexy?

Earlier this summer, Brown indicated that he had enough money and isn’t necessarily worried about a new contract. With this expensive taste in cars, the star receiver might want to re-think that stance in short order. Then again, if Brown has another season like we saw in 2014, he’ll be able to buy entire inventory’s of these cars.