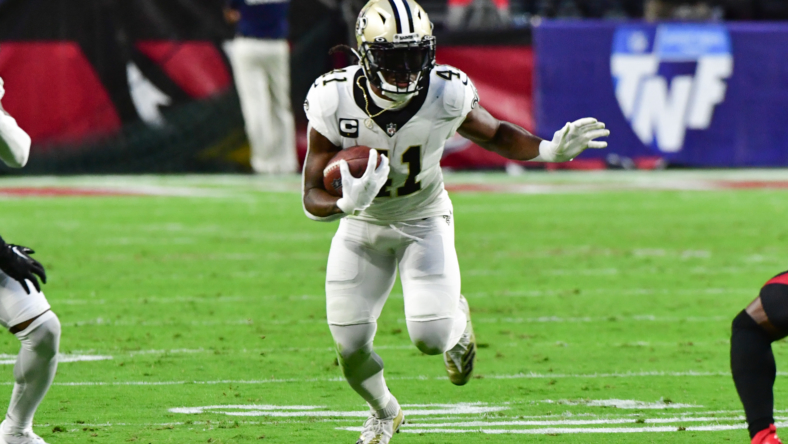 The New Orleans Saints may be happy to have five-time Pro Bowl running back Alvin Kamara back in action after he suffered an MCL sprain causing him to miss four games late last season. Only, at some point, the franchise will have to prepare for what’s likely to be a six-game suspension for their all-purpose tailback.

Yet, that punishment is unlikely to come this season. Kamara is currently facing felony assault charges stemming from an incident that occurred back in February during Pro Bowl weekend at the Cromwell Hotel and Casino in Las Vegas. Kamara is also being sued by the victim, Darnell Greene, for injuries suffered during the attack. He is seeking $10 million.

Now, thanks to TMZ, we have access to the Kamara attack video, which was revealed on Saturday morning. While the footage is grainy and hard to decipher, the clip shows who TMZ has identified as Kamara punching another person, causing them to fall to the ground.

It should also be noted that sources close to Kamara suggest the victim was actually the one who threw the first punch. Kamara was arrested shortly following the incident, where he admitted to punching Greene.

While the legal process is still ongoing for his pending assault charges, a hearing is currently scheduled for Nov. 9. Yet, the NFL is unlikely to take any action regarding Kamara’s playing status until the case has been closed.

Kamara has generated 700 yards from scrimmage in six games for the Saints this season. While the 27-year-old has missed two games due to injury this year, Kamara is still on pace to set a new career high in all-purpose yards. He is under contract through the 2026 season after signing a five-year, $75 million extension in 2020.