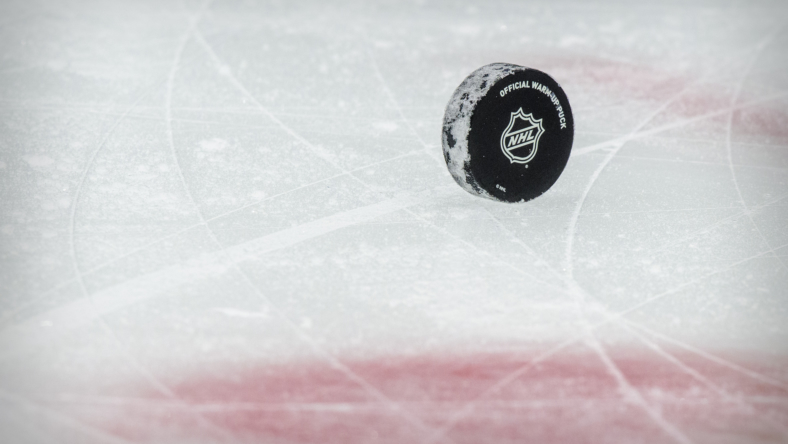 With the Hockey Hall of Fame class of 2022 inductees officially enshrined, the committee has already looked ahead to 2023, bringing forth a name that should have seen recognition a long time ago: Alexander Mogilny.

Mogilny has not played since the 2005-2006 season, which made him eligible as early as 2011. While it’s impossible to deny the talent that was inducted before him, the forward nicknamed Alexander the Great was arguably the best Russian hockey player to ever play the game.

More than that, some of his possessions–including his stick–are already on display inside the Hall of Fame. And, most importantly, his impact on the league goes far beyond the game. Alexander Mogilny’s induction into the Hockey Hall of Fame is long overdue.

Drafted 89th overall in 1988, the Russian-born forward was selected at a time when general managers were essentially throwing away picks by drafting Russian players. At the time, it was the USSR, and those who played on the Russian hockey teams were considered soldiers. Therefore, leaving the teams was considered treason, and against the law.

So, when Mogilny was drafted by the Buffalo Sabres, it seemed a longshot for him to ever see the ice in North America. But, he wanted to leave, and he wanted to play in the NHL. So, he and the Sabres management set up, effectively, a legal kidnapping scheme while the Russian team was playing a tournament elsewhere in Europe, and Mogilny was knowingly kidnapped and brought to Buffalo.

When he took to the ice, he officially became the first Russian player to ever play in the NHL. The brilliant scheme was put on display by Sportsnet in a documentary called Defector: The Alex Mogilny Story.

By the time he came to the NHL, he had already won an Olympic gold medal. So the records he would go on to break in the league were an added bonus.

Stepping foot onto the ice in 1989, Mogilny is one of the few players in NHL history who scored on his first shift, in the first minute, of the first period, in his first game. Wearing number 89, he lit the lamp 20 seconds into the game and would foreshadow the start of a brilliant impact on the league.

His playing career with the Sabres saw him score 76 goals in 77 games in the 1992-93 season, which tied him for the league lead with Teemu Selanne. He ended that season with 127 points, which was the most by a Russian in NHL history until Nikita Kucherov scored 128 in 2018-2019. 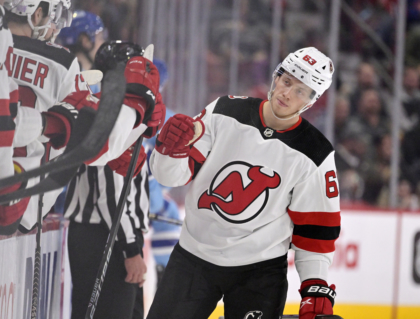 Mogilny was traded from the Sabres, where he still holds 11 records, to the Vancouver Canucks, because the Russian mob had tracked him down in Buffalo and began threatening him. Vancouver already rostered Pavel Bure and had safety precautions in place, so Mogilny was sent to rejoin his former Russian linemate. Bure, Mogilny and Sergei Fedorov played on a line together in the USSR, and it is still touted as one of the best in history.

In Vancouver, Mogilny and Bure enjoyed a ton of personal successes, but the team didn’t find much success as a group. Mogilny was dealt again to the New Jersey Devils, where he won a Stanley Cup in 2000. The victory made him a member of the exclusive Triple Gold Club, a small group of players who have won the Stanley Cup, an Olympic gold medal and played on a first-place team at the World Championship.

The Russian then joined the Toronto Maple Leafs, where he won a Lady Byng Trophy in 2003 and was the only Leaf to get more points than longtime captain Mats Sundin in a season. He was the second Russian player to ever hit 1,000 points, following Pavel Bure, who even acknowledged that he hit the milestone first because Alexander Mogilny got injured when he reached 992 points. 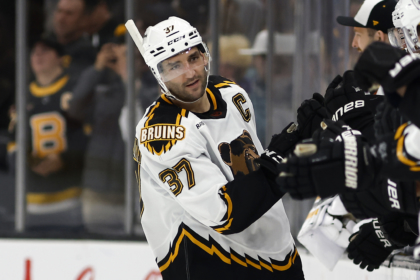 He retired (though never officially announced it) in 2006, ending a career bursting with speed, talent and incomparable playmaking ability. Logging 1,032 points (473 goals, 559 assists) in 990 NHL games, as well as 86 points (39 goals, 47 assists) in 124 playoff games. His mark on the league is so legendary that when reporters tried to call Alexander Ovechkin Alexander the Great, he stopped them, noting that the title still rightfully belonged to Alexander Mogilny.

With an imprint so big on and off the ice, it’s a wonder that it took the NHL–the league Mogilny literally risked his life to be a part of–so long to honour him in the way he celebrated the game, the league and the sport.