Alex Bowman is doing "well" with an update for Phoenix Raceway hopefully coming in the next 3-5 days, according to Jeff Andrews on SiriusXM NASCAR Radio. 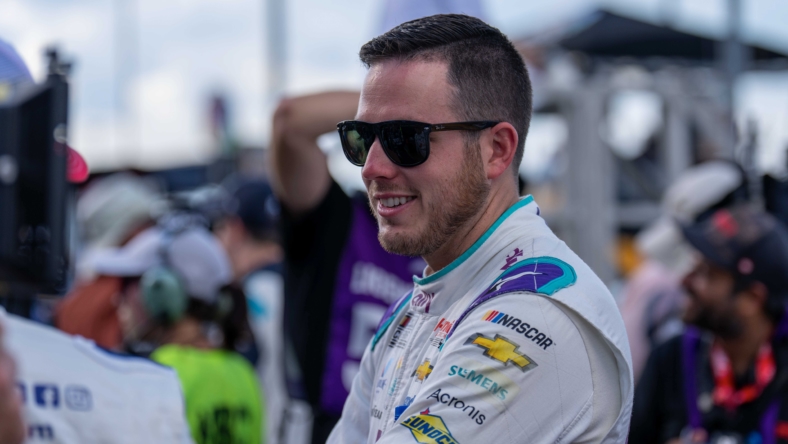 Alex Bowman has been held out of every NASCAR Cup Series race since his crash at Texas Motor Speedway that created concussion-like symptoms. Noah Gragson has piloted the No. 48 car in the last four races, not including this weekend.

While there are no new updates to share on the race at Phoenix Raceway, a new one should be coming soon as the final weekend of the 2022 NASCAR season is near, according to Hendrick Motorsports’ Jeff Andrews.

Related: Breaking down NASCAR’s playoffs as the Championship 4 looms

No current update on Alex Bowman, next one in 3-5 days

Bowman is still scheduled to miss the NASCAR Cup Series race at Martinsville Speedway with Gragson continuing his run as his substitute for the fifth straight event. However, Bowman could return for the championship race.

The 29-year-old driver has left the door open toward competing at Phoenix Raceway, which is the final race for crew chief Greg Ives on top of the No. 48 pit stall. Ives will be moving to a different role within the organization

Andrews, the general manager at Hendrick Motorsports, provided some words on Bowman as he continues to work with doctors through his recovery.

“Hopefully here in the next 3-5 days, we’ll have some news to share on what our next steps are and what we’re gonna do for Phoenix. (Alex Bowman) has been engaged here with the company. He’s in here for our competition meetings and staying engaged with our guys, and Greg, and his race team. He’s doing well.”

It is good to hear that Bowman has still been involved with Hendrick Motorsports during the week leading up to the events. While it doesn’t mean much for his return date, staying engaged is a good way to help the process.

Kurt Busch is the other driver who suffered a concussion during the 2022 season and it forced him to step away from full-time competition in NASCAR. Tyler Reddick will replace Busch in the No. 45 car next season.

Hopefully, Bowman won’t have the same fate as Busch. The full-time driver of the No. 48 car should put health as his No. 1 priority like Busch and do whatever the doctors suggest is best for his long-term health.

Blake Harris, current crew chief for Michael McDowell, is going to join Hendrick Motorsports and become the crew chief for the No. 48 car starting next season. Bowman should hopefully be cleared by that point in time, if not sooner for the final race of 2022.

The current point of emphasis still remains Bowman’s health as everyone wishes for a full and speedy recovery.