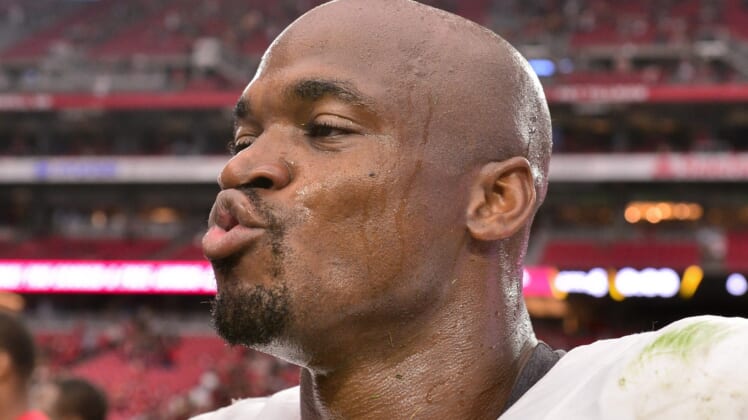 For many, the 33-year-old back was washed up. He had put up just north of 600 total yards over the past two seasons — missing 19 games in the process. Far beyond the age that most backs hit that inevitable wall, Peterson proved skeptics wrong.

He’s now cashing in to the tune of $8 million over two seasons by re-signing with the above-mentioned Redskins.

Just as the market turned weak for a younger back in Le’Veon Bell, Peterson showed on Wednesday that teams can still value proven ball carriers.

He played and didn’t complain: This professionalism is big in today’s NFL.

Peterson’s performance spoke for itself: AD put up his best season since 2015.

Veteran leadership counts: While others were sitting, AD acted as a force in the Skins’ locker room.

In the end, Peterson found a way to turn lemons into lemonade. His career seemed to be all but over after failed stints in New Orleans and Arizona.

But by putting in the work, Peterson has extended his career. Not only that, he proved skeptics wrong at every turn.

This could ultimately be Peterson’s legacy once he puts that jacket on in Canton and is enshrined into the Pro Football Hall of Fame.