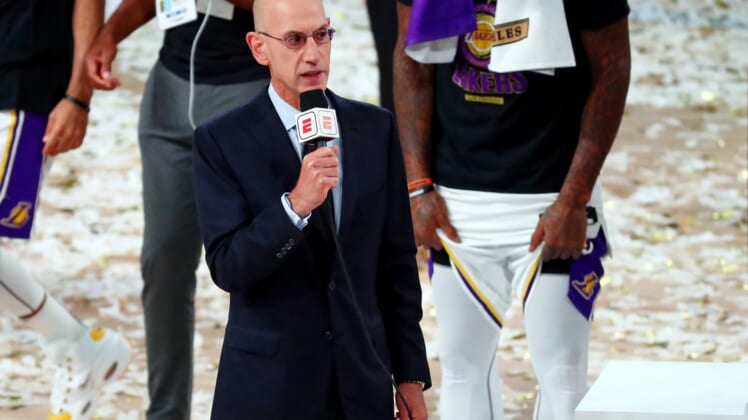 Giving his annual state-of-the-association address before the start of the NBA Finals on Tuesday in Phoenix, Silver weighed in on topics including player injuries amid a condensed 2020-21 schedule, the potential for the Toronto Raptors to return to playing in Canada and the dearth of Black and female head coaches.

Play-in events were added this season, with the ninth- and 10th-place teams in both conferences earning the opportunity to make the postseason. The No. 9 Memphis Grizzlies took advantage by making the Western Conference playoffs.

Silver said of the play-in format, “It’s my expectation that we’ll continue it next season.”

He added that the arrangement remains subject to approval by the team owners and the National Basketball Players Association.

The league absorbed plenty of flak for a playoff season that has seen a huge list of star players miss time due to injuries following a compacted 72-game schedule. 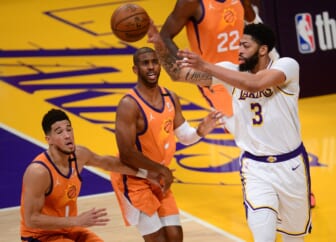 “I have no doubt that the additional stress and physical and mental toll (this season) has contributed to injuries,” Silver said. “Precisely why we have the injuries we do, it’s still unclear to us. It’s something that we’ll continue to study in the offseason.”

The status of the Raptors, who played home games in Tampa this season due to the coronavrius pandemic, remains uncertain, according to Silver.

“I know on behalf of Larry Tanenbaum, who’s the governor of the team and happens to be the chairman of the board of the NBA, he’s very hopeful that Ontario will open up and they’ll be able to have the team back in Toronto,” Silver said.

Regarding diversity among the league’s head coaches, Silver said, “This is an issue that requires daily attention. … We’re not gonna rest on our laurels.”