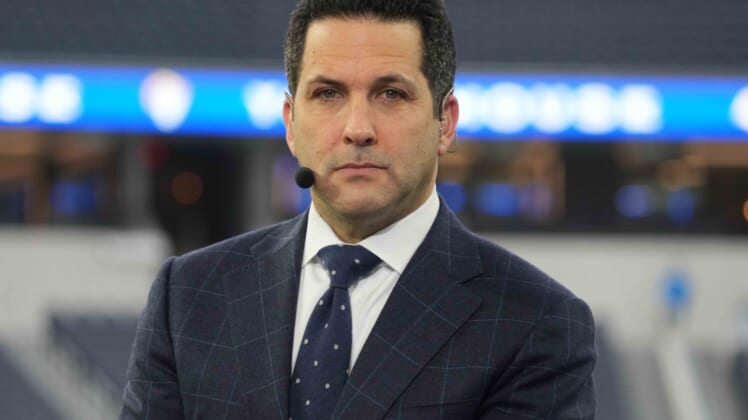 ESPN’s Adam Schefter is considered one of the big-name individuals in the sports media world.

In fact, the NFL insider just signed an extension with ESPN that pays him more annually than the vast majority of the players he covers.

It was just this past week that Schefter made news for all the wrong reasons for the way he reported on the tragic death of former Washington Commanders and Pittsburgh Steelers quarterback Dwayne Haskins at the young age of 24.

To many, Schefter’s tweet announcing Haskins’ death came off as insensitive. In the since-deleted post, Adam Schefter pointed to Haskins’ struggles on the field as a member of the Commanders and Steelers. He received a ton of push back from those around the NFL world.

Now two days after the tragic passing of the former first-round pick, Schefter issued an apology through his very same social media account.

“First, I wanted to address the death of Dwayne Haskins and the tweet that I posted this weekend. It was insensitive. It was a mistake. And I can assure you it was not my intention. I wish I could have that tweet back. The focus should’ve been on Dwayne. Who he was as a person. A husband. A friend. And so much more.

I wanted to apologize to Dwayne’s family, his friends, the players, the National Football League and offer my condolences to everybody close to Dwayne. And in the way I failed Saturday, I wanted to turn people’s attention to make sure that Dwayne is remembered properly.”

Schefter’s video included a tribute to Haskins after the initial apology. Check it out below.

Haskins tragically passed away after being hit by a dump truck early Saturday morning in South Florida. The Florida Highway Patrol released a statement confirming that a pedestrian was struck on westbound I-595 at I-95.

A first-round pick of Washington back in 2019, Haskins was in Florida training with teammates at the time of the accident. There has not been a lot of additional information come from authorities at the scene of the accident.

As for Adam Schefter, he was rightfully blasted for the way he treated the accident. As the NFL insider noted, Haskins was more than a mere football player. He was more than the quarterback we have covered in the media since he jumped on to the scene as a star for Ohio State.

Perhaps, this could be a learning experience for everyone involved. Just as life is too short and can end in the blink of an eye, those who cover tragedies of this ilk should look more at the human element and the human cost.