Season-ending injuries are a saddening part of football, but six NFL players who missed the conclusion of the 2014 regular season are poised for a resurgent year during the 2015 campaign.

Offseason additions, development of teammates and personal recovery were each factors of the list, while a respective player’s ability to stand out at his position was considered, too.

Trailing 14-10 during the fourth quarter of a matchup with an NFC West foe in the St. Louis Rams, Palmer sustained a torn ACL in his left knee. Per Darren Urban of the team’s official website, Palmer recently offered encouraging words about his recovery:

“I’m not even thinking about my knee. I’m still rehabbing just to be on the safe side of things but I don’t need to be at rehab. I’m full go in the weight room, full go on the field, and until it’s brought up, I haven’t thought about what I’m not doing because I’m doing everything I was doing.”

Four solid receivers—Larry Fitzgerald, Michael Floyd, John Brown and Jaron Brown—surround Palmer, while running backs Andre Ellington and David Johnson complement the quarterback in the backfield. With Palmer leading the way, Arizona should finish the 2015 campaign with one of the NFL’s top offenses.

Eli Manning lofted a pass to Cruz in the corner of the end zone. It looked like a Giants touchdown. Instead, Cruz dropped the ball after tearing the patellar tendon in his right knee. Nine months later, however, teammate Prince Amukamara says the receiver looks faster than ever (h/t Jordan Raanan, NJ.com). Plus, the emergence of Odell Beckham Jr. last season will allow Cruz to line up in the slot in 2015. Expect Manning to target Cruz in the corner of the end zone several times this year. 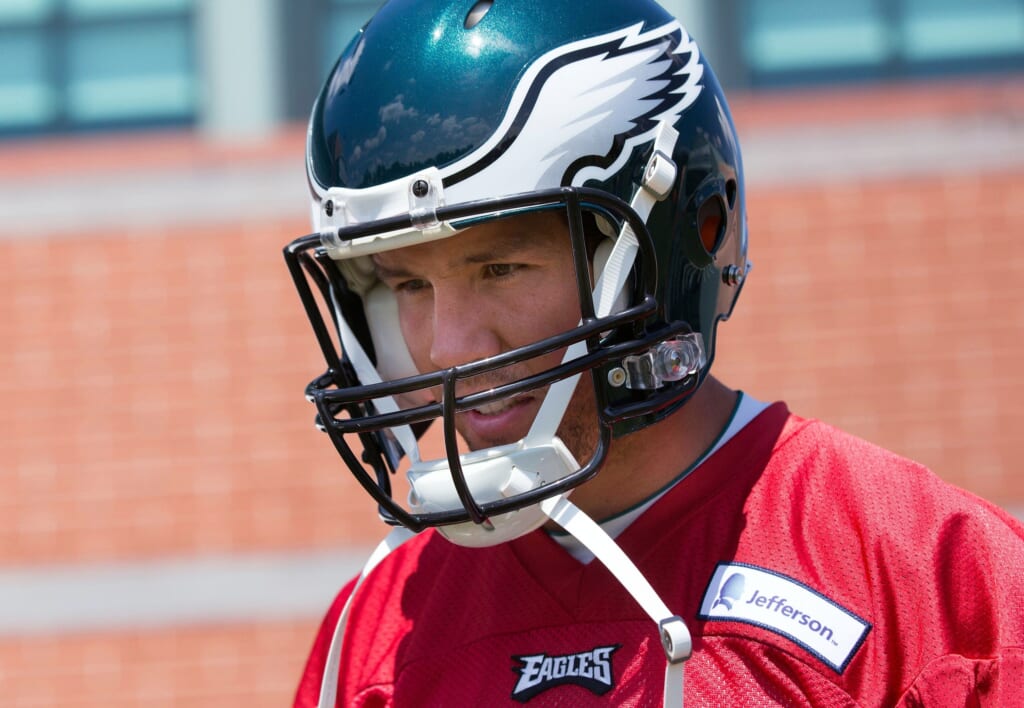 Courtesy of USA Today Images: Bradford’s every move has been analyzed this offseason, and that’s simply not fair.

It’s unfortunate that expectations for Sam Bradford have reached levels the quarterback can’t possibly reach. However, if the player who has torn an ACL in two consecutive seasons stays healthy this season, Bradford is surrounded by weapons. Jordan Matthews, Nelson Agholor, Zach Ertz, DeMarco Murray, Darren Sproles and Ryan Mathews can ease the pressure on Bradford to lead Philly to the playoffs.

Woodhead sustained a broken ankle in Week 3 last season and turned 30 years old in January. However, according to ESPN’s Eric D. Williams, Woodhead believes he isn’t slowing down. The Chargers drafted Melvin Gordon, but the Wisconsin product isn’t much of a pass-catcher. As long as Woodhead beats out Branden Oliver for his previous role, the shifty 5’8″, 200-pounder will remain an impactful change-of-pace back. 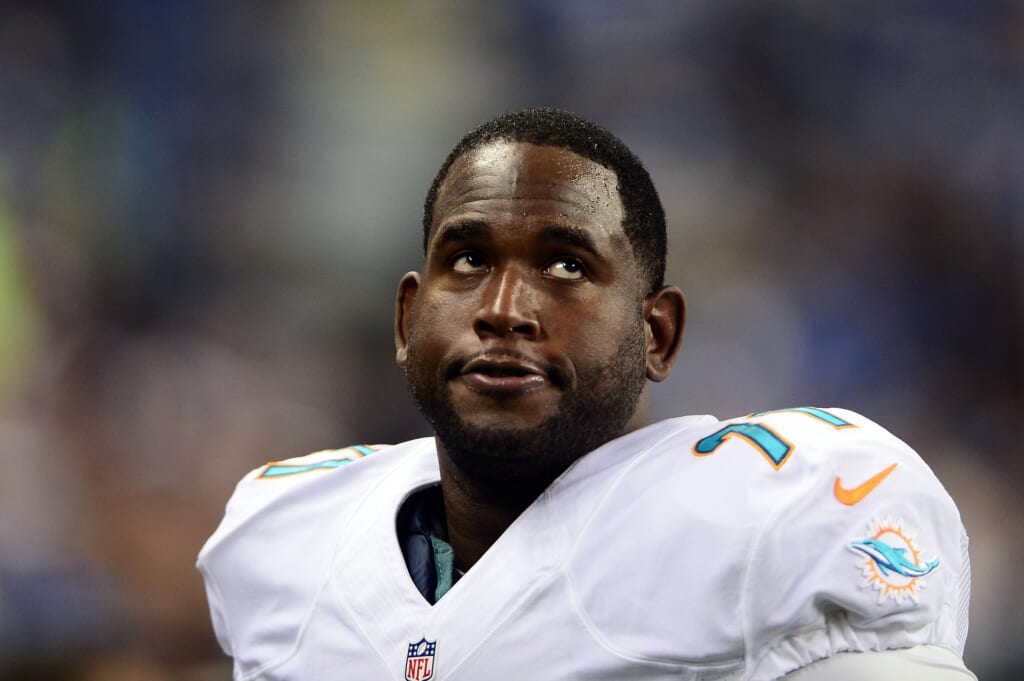 Courtesy of USA Today Images: Albert is a major part of Miami’s potential success in 2015.

Miami signed the left tackle to a five-year. $47 million deal in March 2014, and Albert was certainly on his way to justifying the contract. Despite playing in just nine games before tearing the ACL and MCL in his right knee, Albert was rated the eighth-best tackle, per Pro Football Focus (subscription required). Dolphins quarterback Ryan Tannehill is ready to explode, and Albert is a massive part of putting the gunslinger in position to reach his potential.

A broken leg shortened Mack’s 2014 season, but the Browns center is healthy and ready to return to a stellar offensive line that will feature Joe Thomas, Joel Bitonio, Mitchell Schwartz and Cameron Erving. Though quarterback troubles will plague Cleveland, those problems won’t stem from a lack of protection. Mack has been one of the league’s best centers since entering the NFL in 2009.