With the 2016 NFL draft quickly approaching, mock drafts haven been completed. Talking heads on the television have bloviated ad nauseum about pretty much every top prospect in the draft.

And in reality, we’re all just ready to watch everything play out starting Thursday evening in Chicago.

To help you acquire an understanding about which teams are in position to ace the draft, we’ve isolated some squads that have set themselves up relatively nicely.

Whether it’s an up-and-coming Tennessee Titans team under young quarterback Marcus Mariota or some historically good franchises that have fallen on hard times recently, here are five teams set to dominate the 2016 NFL draft.

By virtue of their trade down from first overall to the 15th spot, the Titans boast five picks within the first three rounds, including four of the first 45 selections.

With just five wins over the past two seasons, the Titans’ talent-stricken roster affords them the ability to pretty much go best player available throughout the draft. The only two positions that this really doesn’t apply to are quarterback and outside linebacker.

That’s a darn good opportunity for new general manager Jon Robinson to ace his first draft. Look for Robinson and the Titans to go value over need as they make those five picks in the first three rounds. This should help to the team add a host of talent when all is said and done.

Joining Tennessee in accumulating picks following a trade down from second overall to the eighth spot, Cleveland now has a NFL-high 12 selections in this week’s draft. Six of them will come in the top 100.

Unlike the Titans, Cleveland’s primary focus here should be on the offensive side of the ball. It lost two starting offensive linemen in right tackle Mitchel Schwartz and center Alex Mack in free agency. Replacing them should be a top priority.

Add in Josh McCown and Robert Griffin III potentially battling for the starting job, and quarterback becomes a need, though perhaps not quite as pressing as some might think.

It really doesn’t matter where general manager Sashi Brown goes first or last here. He’s simply going to have to add a ton of talent to a struggling offensive core. The good news here for Cleveland is that it has plenty of draft picks to fix those issues.

Should Brown hit big in his first appearance in the team’s war room this week, it will go a long way in returning the team with his namesake to relevance. 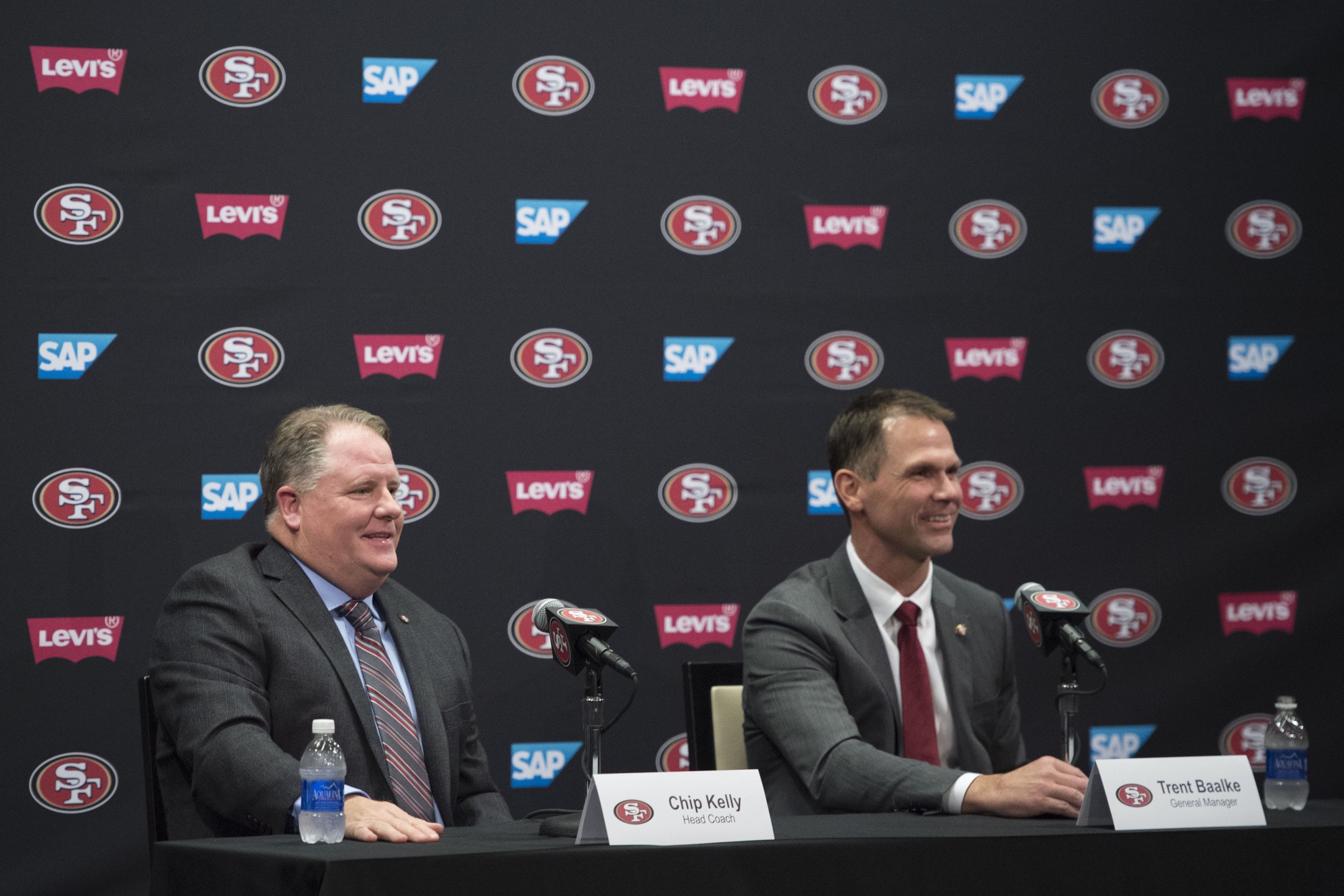 Always valuing picks over spending big to re-sign his own free agents, 49ers general manager Trent Baalke has used the NFL compensatory pick process like a wiz kid. Tied with Cleveland for the most picks in the draft (12) four of them come via the comp formula.

Add in the potential draft-day trade of Colin Kaepernick and San Francisco could have as many as 13 selections come Thursday.

Baalke is under tremendous pressure to ace this year’s draft after struggling to hit on his picks over the past couple years.

The key here will be finding talent that fits Chip Kelly’s scheme on offense while making sure he doesn’t ignore a young but talented defense.

Despite all the criticism Baalke has received in recent years, he’s always found a way to receive plus-level value when it comes to draft-day trades. And in reality, he trades more than almost any other GM in the business.

Whether it’s a move up or a move down in the first round, we can expect this to be a major part of the story in Santa Clara come Thursday.

It’s now all about actually hitting on the picks San Francisco has while being able to add even more talent with the selections Baalke will likely acquire through the three-day event.

If that happens, San Francisco’s suddenly talent-stricken roster could find itself on the upswing entering the summer months.

The Cowboys were benefited a great deal by both the Los Angeles Rams and Philadelphia moving up above them in the top of the draft. While the team needs to think long and hard about selecting a quarterback, that was never a real likelihood with the fourth pick.

This now means that Dallas will be able to add one of its top-two prospects come Thursday evening in Chicago.

Dallas really has the best of both worlds here. It could draft for need need with corner/safety Jalen Ramsey or defensive end Joey Bosa at No. 4. The team could also add another dynamic weapon in the form of former Ohio State running back Ezekiel Elliott.

One thing to really look at here is the potential of a trade down. While owner Jerry Jones seemed to confirm that the Cowboys are prepared to pick at four, a team could very well come calling for the draft’s third-best quarterback prospect, Paxton Lynch.

That would enable the Dallas to restock what has become a relatively bare cupboard in terms of depth — something that was brutally evident during a disastrous four-win 2015 campaign. 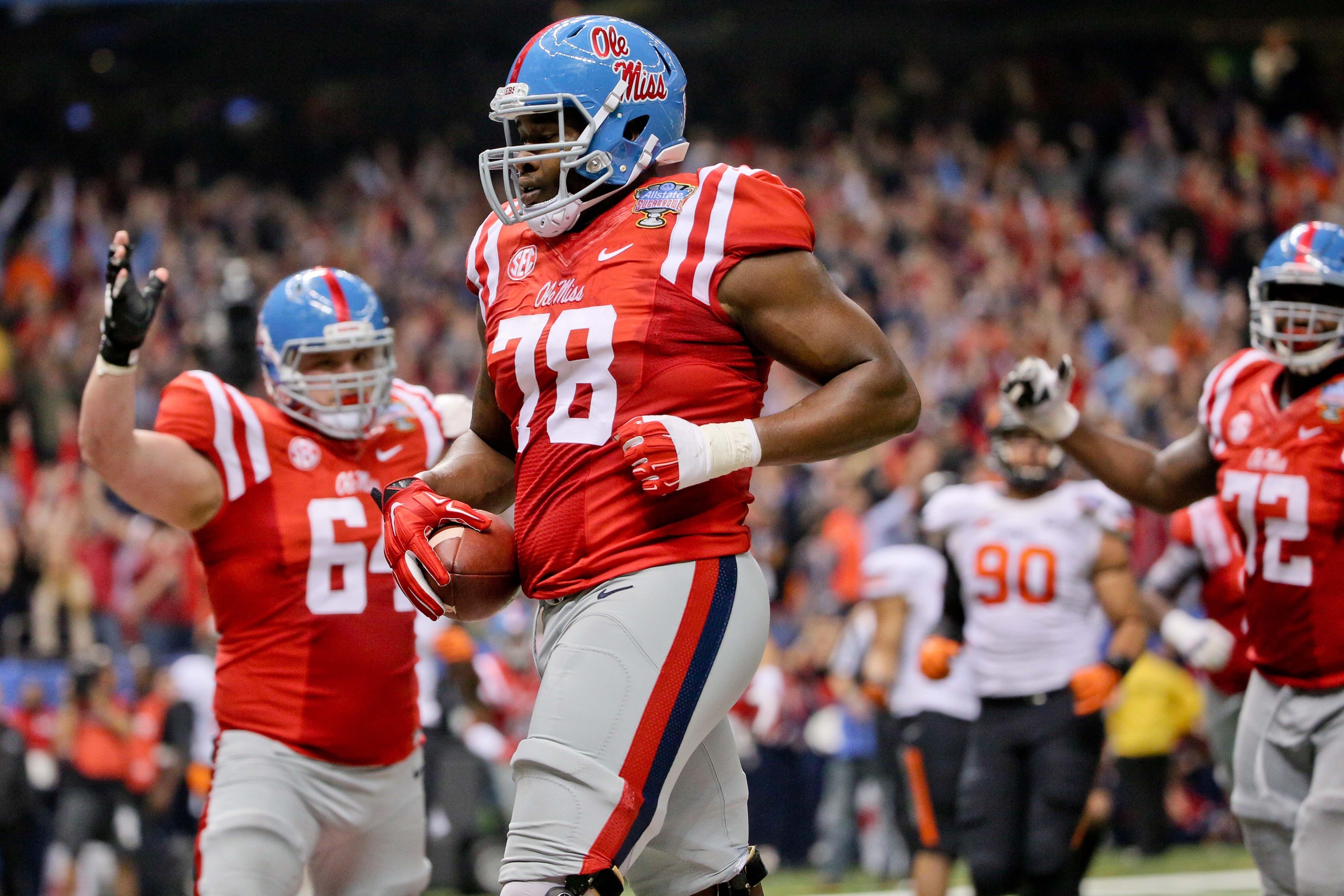 Much like Dallas, the Chargers are big winners in the wake of the two blockbuster trades at the top of the draft.

With Philip Rivers recently signing an extension to finish out his career in Southern California, San Diego can go for the top player on its draft board.

Whether that’s Mississippi left tackle Laremy Tunsil is anyone’s guess. He’s considered by the some as the top prospect in the entire draft and could provide Rivers with that elite left tackle he’s been missing throughout his career.

Either way, because quarterbacks are now expected to be selected in the top two picks, San Diego is in an enviable position in comparison to the rest of the teams selecting in the top 10. It’s now time for the much-maligned Tom Telesco to knock this one out of the park.