Five takeaways from Game 1 of the NBA Finals

For the most part, the beginning of the game was defined by the two teams feeling one another out.

Unfortunately for the Cavaliers, that quickly gave way to continued Warriors domination pretty much for the remainder of the game.

Opening up as much as a 20-point lead in the fourth quarter, Golden State rode its bench to a 104-89 win and a 1-0 series lead. Here are the top five takeaways from Game 1.

#Warriors 45-10 edge in bench points was largest margin in #NBAFinals in the 50 years the stat has been tracked.

How do you overcome your two-best players combining to shoot 8-of-27 from the field for a paltry 20 points?

See your back-up point guard go for 20 points on 8-of-10 shooting en route to leading the bench to one of the best performances from a second unit in playoff history.

Shaun Livingston was on his game big time in Game 1. He continually abused Kyrie Irving throughout the game, proving that the length Oklahoma City presented him with wouldn’t be an issue in this series.

Leandro Barbosa added 12 points on 5-of-5 shooting. Meanwhile, reigning NBA Finals MVP Andre Iguodala put up 12 points, seven rebounds and six assists while tallying a game-best plus-21 when on the court.

One of Cleveland’s primary issues in the Finals last year was the fact that both Kevin Love and Kyrie Irving were injured. This shortened the team’s bench a great deal.

With a full supporting cast in the mix in Game 1, Cleveland’s depth failed to provide anything of substance on Thursday night. J.R. Smith, Channing Frye, Matthew Dellavedova, Richard Jefferson and Iman Shumpert combined to put up 13 points on 4-of-11 from the field.

That’s simply not going to get it done against the deepest team in the NBA, and the Cavaliers know this full well.

For the Warriors, it was all about Steve Kerr trusting his rotation. That’s something we focused on in previewing the series (check that out here). In this, it appears the Warriors’ identity is much clearer than Cleveland’s.

2. So does level of competition

Cleveland looked ill-prepared for what the Western Conference champions brought to the table in Game 1. Some of that could have had to do with the long five-day rest between games.

Though, it surely does appear that Cleveland’s competition in the Eastern Conference Playoffs was nowhere near up to part with what the team faced Thursday in Oakland.

From the outset, Golden State took it to the Cavaliers in every possible way. There wasn’t a single offensive set the Warriors ran that failed to show a lack of confidence in their ability to dominate.

From Livingston posting up Irving to Green taking on Love, the Warriors were better prepared for creating mismatches.

On the offensive end, Cleveland’s lack of ball movement played a huge role here. While it had the ball zipping around the court in the playoffs, that simply wasn’t the case in Game 1.

The second half was filled with too many isolation plays for LeBron James, something that might work against weaker competition. Unfortunately for the Cavaliers, Golden State boasts a ton of tremendous on-ball defenders.

This led to James shooting 9-of-21 from the field while turning the ball over four times. For his part, James seemed to recognize the problem.

There’s one issue with this comment. Golden State’s defense is unlike any the Cavaliers have seen up to this point in the playoffs. Knowing you have to do something and actually successfully doing it are two different things.

3. A ton of statistical indicators this will be a short series 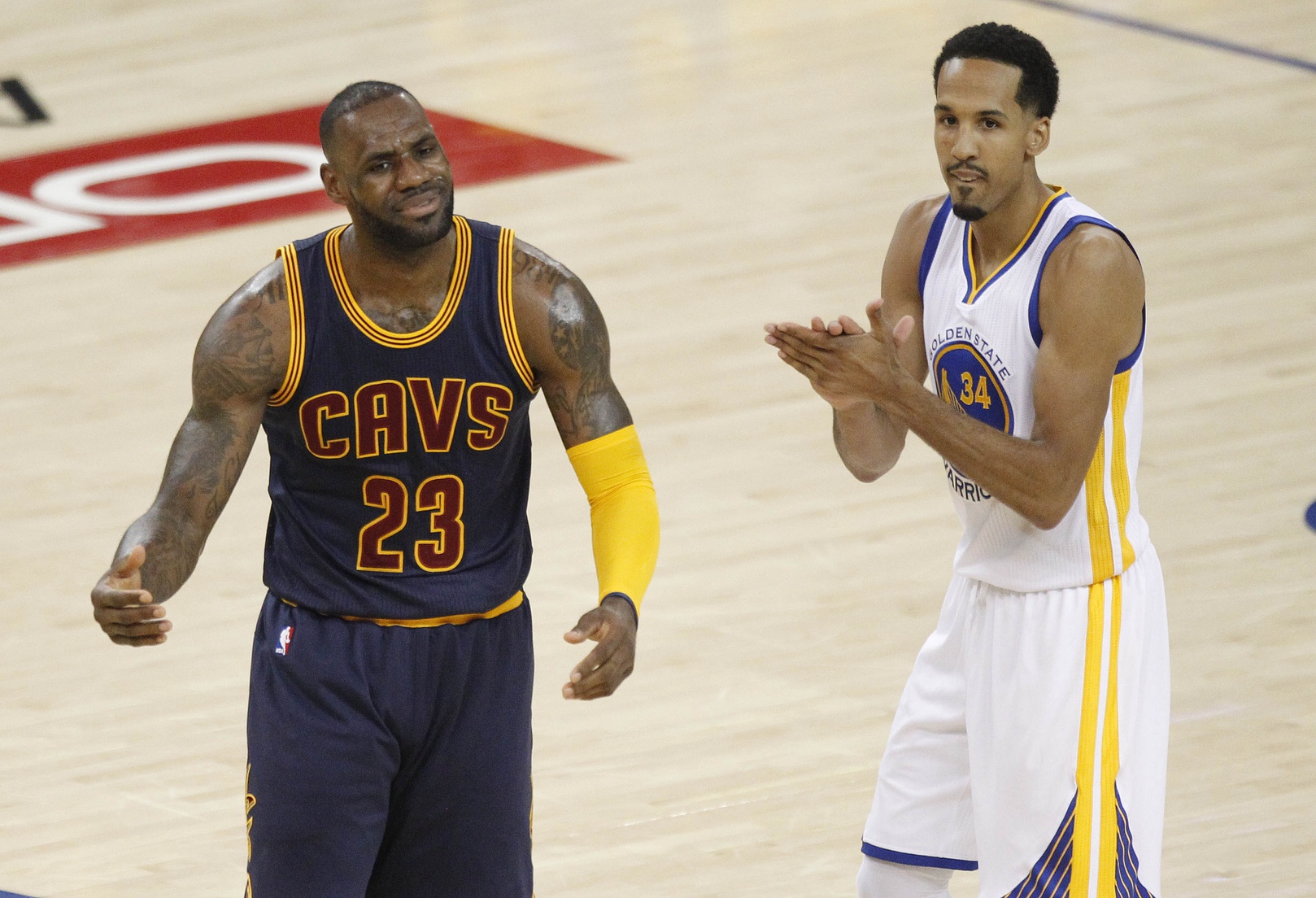 Things can change on a whim in the NBA Playoffs. Remember, Cleveland lost Game 1 of the 2015 Finals before winning the next two, including an impressive Game 2 effort against the Warriors in Oakland.

Just last week, the Warriors came back from dead to win three consecutive games against the Thunder.

In both cases, there were some indicators that the tide might change in that specific series. Moving forward here, we’d be hard-pressed to find similar indicators suggesting the Cavaliers will rebound.

You can’t lose a basketball game when you hold Stephen Curry and Klay Thompson to a combined 20 points. Add in the fact that Cleveland out-rebounded Golden State by six and shot twice as many free throws, and it’s unbelievable that the team would lose by 15.

We can expect both Curry and Thompson to get hot throughout the series, maybe at the same time — potentially starting Sunday in Game 2. They are too good to put up repeat shooting performances like what we saw on Thursday. If that’s the case, the Cavaliers are in deep trouble.

More than just that basic element to Game 1, Cleveland didn’t have an answer for the Warriors from a strategical standpoint.

When James found himself mismatched against a Livingston or Curry, Golden State found a way to give help without leaving wide-open perimeter shots.

When the Cavaliers went iso in the second half, the Warriors’ defenders held their ground on switches, enabling whoever was guarding James to force the two-time champion out of his set.

On the other end of the court, Cleveland did a disastrous job switching when it came to players not named Curry and Thompson (more on that later). There’s absolutely no reason Irving should be forced to go up against Livingston’s elite-level post game.

There’s also no reason Kevin Love should be forced to guard Iguodala out on the perimeter. This happened far too often in Game 1.

It just failed to execute against a darn good perimeter defense. And in reality, there’s not much pointing to this execution improving enough to overcome what we saw Thursday night.

If the Warriors are able to handle business at home in Game 2 on Sunday, that will put the Cavaliers in position to have to win four of the next five to take the series.

This means likely sweeping Golden State in Cleveland. If not, the series could very well be decided in five games or less. Adjustments are needed, and the Cavaliers only have two days to do so.

4. Cavaliers did well on defense against the Splash Brothers

One area Cleveland excelled in was its strategy against the Association’s top backcourt. Sure, Curry and Thompson missed open shots. That’s unlikely to happen a whole heck of a lot moving forward.

Though, the strategy in defending them was sound. James pretty much followed Curry all around the court, playing great defense in the process. The likes of Shumpert and Dellavedova were also tasked with guarding him. These represent Cleveland’s three-best perimeter defenders.

Multiple times throughout Game 1, James called off defensive switches that would have put a big up against Curry, instead deciding to take on the two-time reigning MVP one-on-one. For the most part, he succeeded big time there.

It might not be a sustainable strategy moving forward, especially when taking into account just how winded James looked late in Game 1. Though, it’s something the Cavaliers might have to continue doing in order to avoid another lopsided defeat on Sunday night.

5. It’s more than just one game 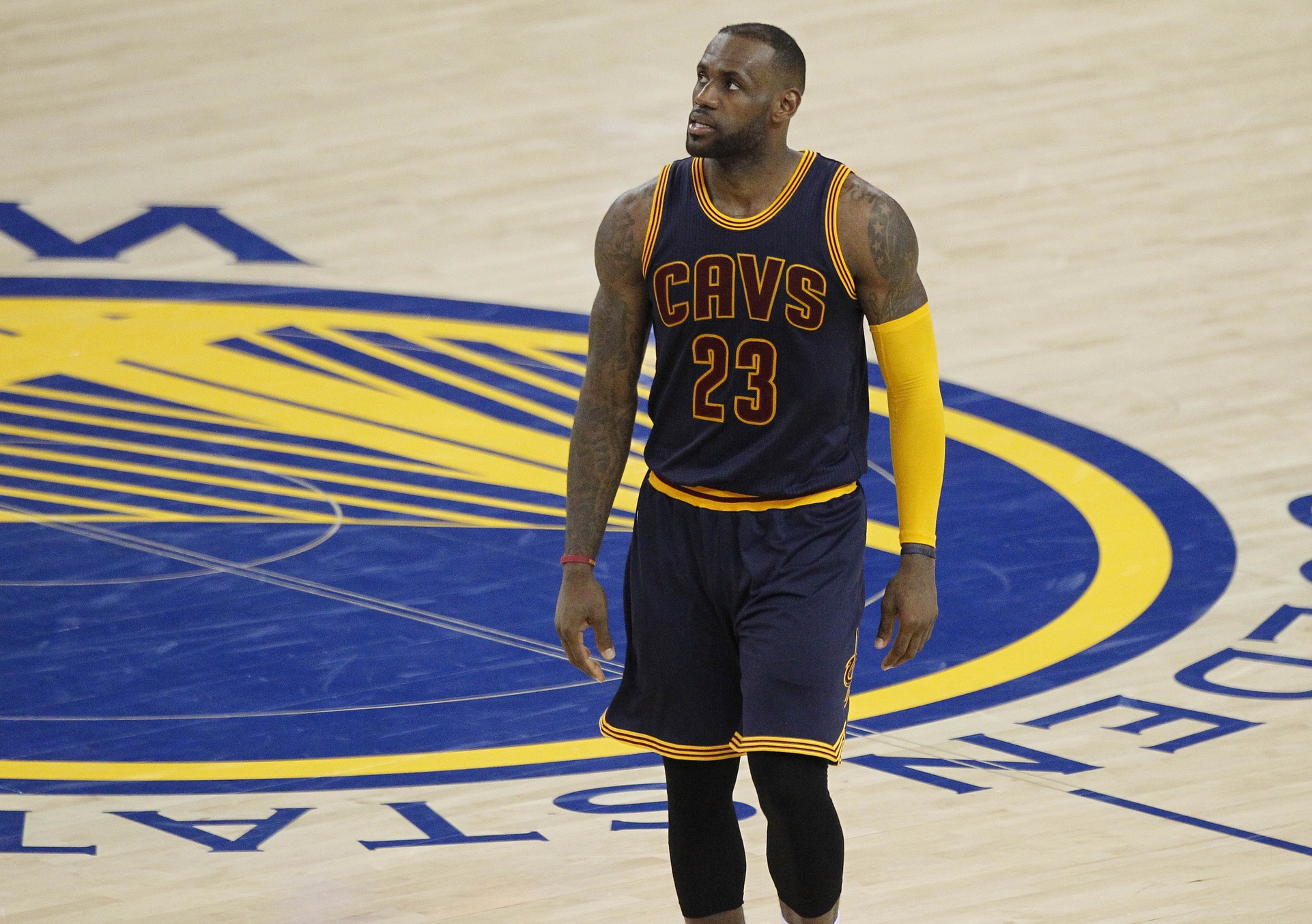 Technically, it is just one game. But there’s a lot more to look at here than the 1-0 series lead Golden State takes into Sunday night.

The Warriors have now won six consecutive games against Cleveland dating back to last year’s NBA Finals. In those six games, the defending champs are outscoring James and Co. by an average of 16.2 points per.

More than the talent disadvantage Cleveland might be facing here, there’s definitely a mental disadvantage. Is this recent string of bad performances against the Warriors getting into the heads of the Cavaliers players?

For his part, James looked a bit downtrodden during the second half of Thursday’s game. As Cleveland’s emotional leader, he can’t let this happen.

Statistically speaking, there’s a lot working against Cleveland here. Including Thursday’s outing, Livingston is shooting 18-of-21 from the field while averaging 13.3 points per game in three outings against the Cavaliers this season.

After putting up 12 points, seven boards and six assists in Game 1, Iguodala is averaging 18.3 points while accumulating a plus-minus of 66 in his last four Finals games against Cleveland.

These are two role players that have found a way to step up when the Warriors have needed it the most. Based on their recent success against Cleveland, it’s hard to imagine this changing as the series moves forward.

Cleveland needs to win one game, and do so in a hurry. If that fails to happen, the team is going to continue finding itself at a major disadvantage from a mental standpoint. That’s nowhere near a recipe for success against Golden State.