49ers GM: Ownership not to blame for team’s struggles 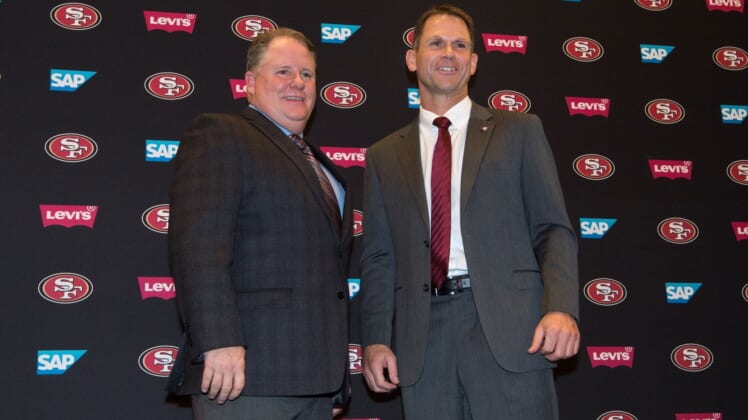 In the midst of a seven-game losing streak and proving themselves to be among the worst teams in the NFL, the San Francisco 49ers have been an embarrassment on the field this season.

Though, there are some who believe that this regression to cellar-dwelling status long predates the issues we’ve seen on the field. From the whole Jim Harbaugh debacle to player personnel decisions that have left the league in utter disbelief, the failure of the 49ers from an organizational standpoint started a long time ago.

Now that the on-field product itself is matching the issues we’ve seen within the team’s front office, the NFL world as a whole is starting to pay more attention.

In taking questions prior to San Francisco’s road date with the Arizona Cardinals on Sunday, general manager Trent Baalke wanted to make it clear that the blame should be placed on him, not the team’s ownership group.

The reality of the situation is this. When a team goes from Super Bowl contending status to becoming a laughingstock around the NFL, the blame can pretty much be placed everywhere.

For Baalke’s part, it’s interesting that he would come out in such a clear cut way to support a CEO in Jed York that has a history of throwing others under the bus to preserve whatever dignity he might have. We saw this with Harbaugh. It continued with the disastrous one-year tenure of Jim Tomsula. Heck, Colin Kaepernick has in the past fallen victim to this mentality (more on that here).

Should the 49ers fail to rebound and show any signs of life moving forward this season, the next fall guy is surely going to be Baalke. And in reality, the GM himself hasn’t done much to earn the confidence of the team’s fan base.

Tied at the hip with York due to his apparent backing of the silver-spoon fed CEO during the Harbaugh debacle, Baalke has gone from being perceived as one of the best young football minds in the NFL to being clearly on the hot seat.

From disastrous draft-day decisions over the past handful of years to an inability to cultivate talent on the offfensive side of the ball, Baalke has failed at every turn.

Even then, there’s absolutely no even-keeled person out there who believes that York doesn’t share in the blame for the disaster that is now the San Francisco 49ers.

For Baalke to come out with a full-throated defense of his boss, it tells us a story of an organization that’s sticking to the company line, even if that company itself is failing worse than Trump University.