Some NFL records were not meant to be broken. From a quarterback that holds the consecutive starts streak to two of the greatest players at their respective positions, these three players were true legends of the gridiron. They dominated the football field, showed up to play every Sunday, and will remain in the history books due to their impacts on the game.

Here are three NFL records that are unlikely to ever be broken.

Over the course of his extensive 20-year NFL career, Favre started a total of 297 consecutive games. If you count the postseason, that number reaches 321. The future Hall of Famer also holds the NFL record for most passing yards and completions. 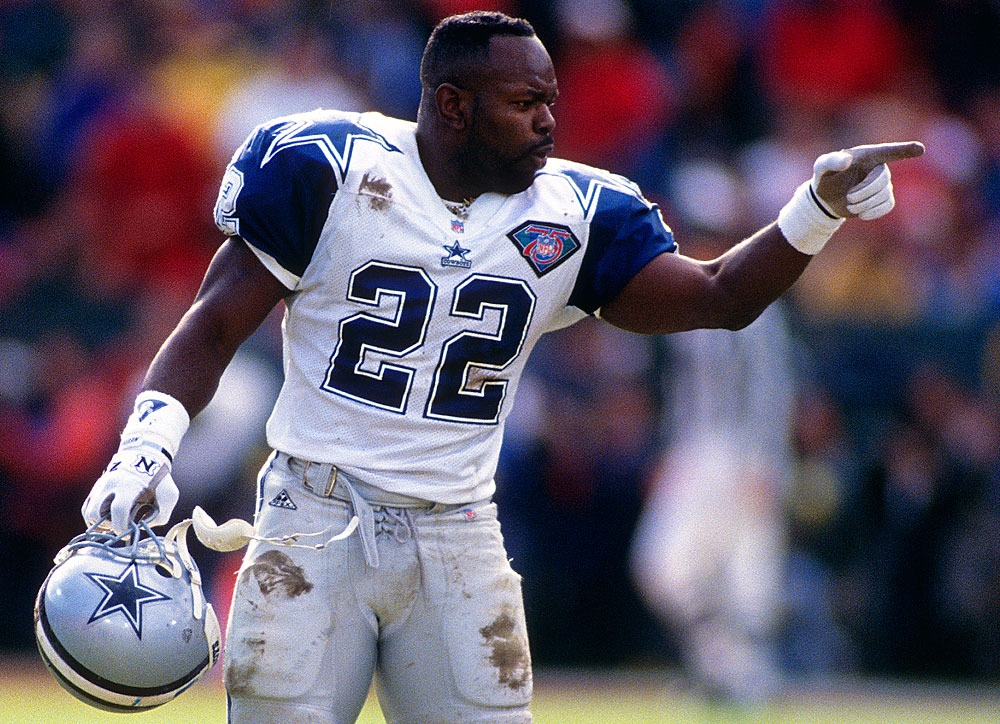 Smith accomplished some serious yardage over the course of his career with the Dallas Cowboys, averaging 1,320 yards per season over 13 years with the team. That’s absolutely astonishing. While former Dallas Cowboys running back DeMarco Murray broke Smith’s single-season team record for rushing yards, Smith’s overall rushing record appears to be safe for the long haul.

Steven Jackson, who has tallied 11,388 total rushing yards, would technically be next in line to break Smith’s record. At 32 years old and currently without a team, there’s absolutely no chance that will happen. Based on Jackson’s career averages, he would have to play beyond his 39th birthday in order to break the record.

Another possible future contender to break Smith’s record could be Alfred Morris who has totaled 3,962 rushing yards in three seasons in Washington. Coincidentally, this equates to an average of 1,320 yards per season.

The issue with anyone coming close to breaking Smith’s record is the fact that the NFL has most past the workhorse running back. It’s just not reasonable to expect someone to produce an average of 1,300 yards over the course of a 13-year span.

Rice’s brilliant 20-year NFL career spanned three teams, but he did most of his damage with the San Francisco 49ers. In 16 years with that team, Rice recorded 1,281 receptions for 19,247 yards and 96 touchdowns. The numbers that this Hall of Famer put up are going to be incredibly hard to beat, even with the NFL trending to a pass-first mentality.

Theoretically, the next in line to break Rice’s receptions record is free-agent receiver Reggie Wayne, who is 479 behind his counterpart. Unless Wayne performs the way he did in his prime until the age of 42, this isn’t going to happen.

There really aren’t any long-term contenders to break Rice’s record. Pittsburgh Steelers wide receiver Antonio Brown is averaging 78 receptions in five NFL seasons. In order to reach Rice, this youngster would have to average 78 receptions past his 41st birthday. Detroit Lions wide receiver Calvin Johnson is another option. He’s averaging 80 receptions per season over the course of his eight-year career. Even then, the 29-year-old Johnson would have to continue this pace beyond his 42nd birthday to break Rice’s record. That’s not happening.