The Big 12 is best known for high-scoring games, but the group of best players in the conference includes a near-even split on offense and defense.

Granted, running backs are clearly the class of the league. Rodney Anderson, Justice Hill and David Montgomery are all top-five talents within the Big 12.

The most important factors in this ranking are previous production and 2018 expectations. As we’ve done in ACC, Big Ten and SEC previews, NFL futures are mentioned. However, draft status is not influential.

Oklahoma’s Kyler Murray and Texas’ Sam Ehlinger are leading candidates to earn a place as the season progresses.

Now that Travin Howard has used up his eligibility, Ty Summers is the star of the linebacker corps. By no means should the senior be an unfamiliar face, considering he’s played an integral role for three seasons and was second-team All-Big 12 two years ago. Heading into 2018, Summers has collected 271 total tackles in his TCU career. Beyond his 17 takedowns in the backfield with 6.5 sacks, he’s also intercepted two passes and broken up nine. Summers can also slide to defensive end if needed, making his versatility and production vital to TCU’s success.

Though it probably didn’t receive enough attention, David Long assembled one of 2017’s most stunning individual performances. When the Mountaineers hosted Oklahoma State, he racked up seven tackles for loss. That explosive showing helped Long make up for lost time, since he missed West Virginia’s first four games due to a knee injury. He wrapped up the campaign with 15.5 stops in the backfield and 3.5 sacks among his 75 total takedowns. The ‘Eers are known for a powerful offense, but Long is a rising star on their defense.

Kris Boyd had a disappointing start to 2017, most notably giving up two gains of 45-plus yards against rival Oklahoma. But as the season progressed, so did Boyd. The cornerback posted career-high marks of 57 tackles, 15 pass breakups and two interceptions. He bounced back well enough to earn second-team All-Big 12 recognition from conference media. Boyd contemplated making the leap to the NFL but decided to return for his senior year. He’ll be a key contributor on what could be the league’s top defense. 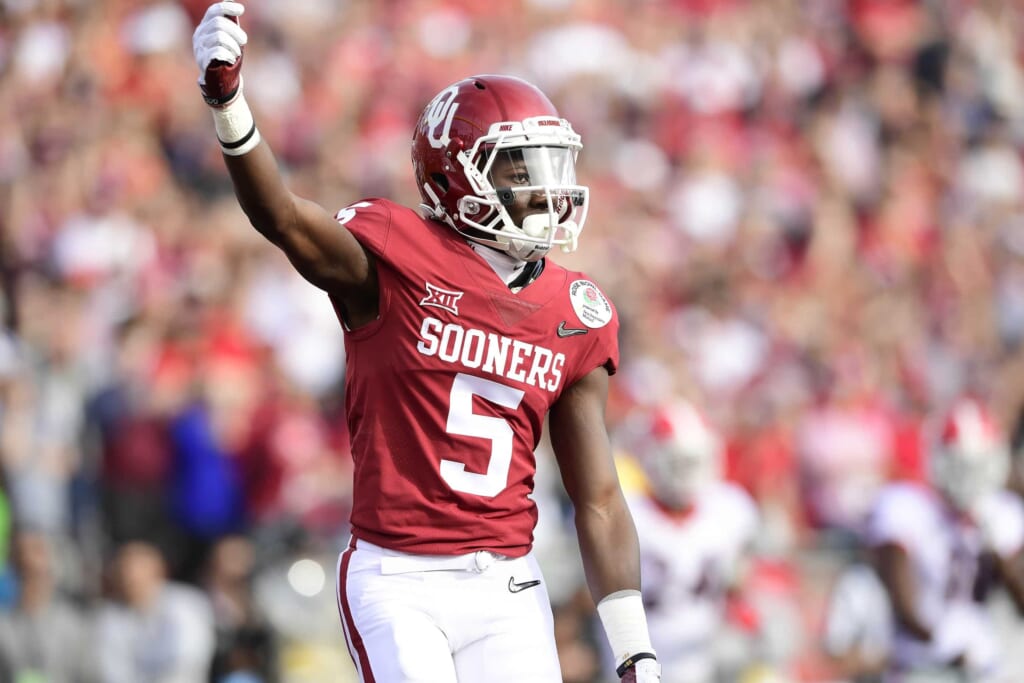 No returning Big 12 receiver combined big-play ability and total production in 2017 like Marquise Brown. “Hollywood” ranked fifth in the conference with 1,095 receiving yards and a 19.2-yard average. In both categories, three of the top four headed to the NFL. The other wideouts managed 470 yards or averaged 11.3 per catch. Brown finished the year with seven touchdowns on 57 receptions. His electric speed dazzled fans — and burned Oklahoma State for a program-record 265 yards. Brown is one of the most dynamic players in the country.

Cornerbacks are sometimes invisible when it comes to supporting the run. While Brian Peavy is terrific in coverage, he’s not scared to throw his body at a ball-carrier. Through three seasons, Peavy has registered 232 total tackles with 11 behind the line of scrimmage. In coverage, he’s broken up 30 passes and intercepted five. Against Big 12 competition last year, per Pro Football Focus, he surrendered only 16 catches for 151 yards and one touchdown on 33 targets. Peavy is a front-runner for first-team All-Big 12 honors this season.

Dakota Allen burst onto the college football scene with 87 tackles as a freshman. However, Texas Tech dismissed the linebacker from the program after he was charged with felony burglary. He headed to East Mississippi Community College, where he starred on “Last Chance U.” The charges were later dropped, and Allen returned to the program. In 2017, he picked up where he left off. Allen gathered 102 total tackles — making six in the backfield — and grabbed two interceptions. Hopefully, his redemption story has a happy ending. 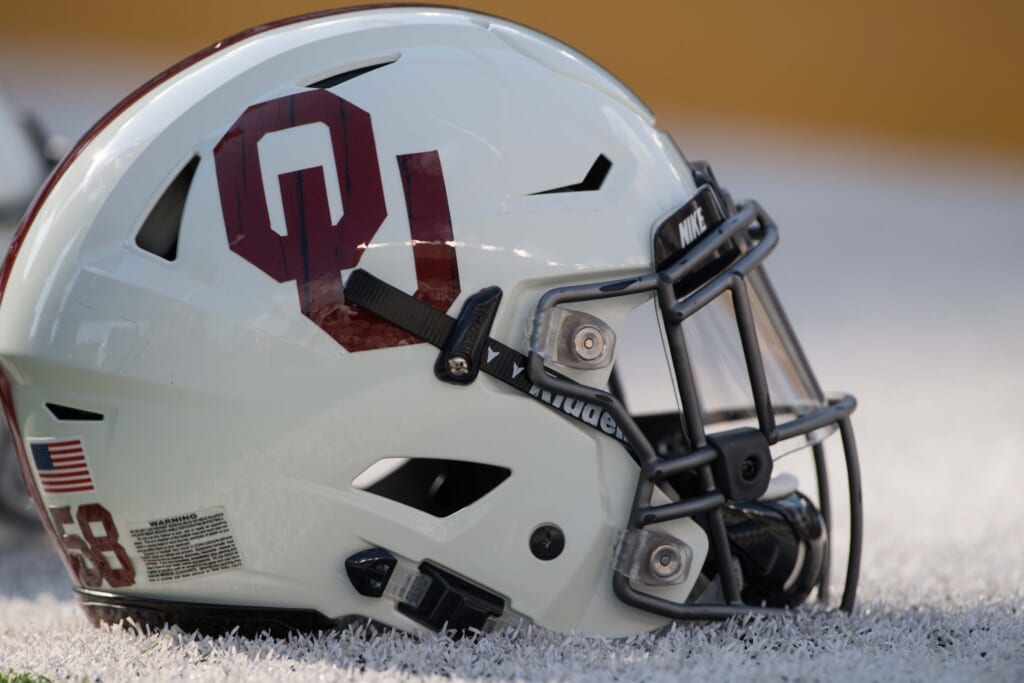 Bobby Evans didn’t allow many defenders to disrupt Baker Mayfield. According to Pro Football Focus, the 6-foot-5, 301-pound lineman allowed only 12 pressures all season. That tied for the eighth-fewest allowed by an offensive tackle in the Football Bowl Subdivision. Over the last two campaign, Evans has started 26 games on the right edge. He’ll either remain there or slide to left tackle in 2018, pending what the Sooners prefer for Cody Ford. No matter the decision, Evans will be a reliable blocker in front of Kyler Murray and Rodney Anderson.

Perhaps best recognized as one of three players who refused to shake Mayfield’s hand prior to the 2017 meeting with Oklahoma, Joe Dineen Jr. is a tremendous talent at a bad program. No returning player recorded more solo tackles (93) last season, and he finished the campaign with 137 total — the seventh-most in the country. Dineen, a second-team All-Big 12 selection last year, also tallied 25 stops behind the line of scrimmage. Kansas will likely struggle to find victories once again, but Dineen should put up impressive numbers.

Ben Banogu began his college career at Louisiana-Monroe, and he tallied 14.5 tackles for loss with five sacks as a freshman. Shortly after that season, he decided to transfer and chose TCU. Banogu sat out 2016 due to NCAA transfer rules, and he was worth the wait. The newest Horned Frogs star amassed 16.5 stops in the backfield, including 8.5 sacks, and forced three fumbles. Conference media voted him as a first-team All-Big 12 defensive linemen. Banogu has already been labeled a potential first-round pick in the 2019 draft.

David Sills V has developed a special rapport with quarterback Will Grier. Last season, the duo connected for 18 touchdowns. That included seven games with at least two scores, and Sills found the end zone three times against each of East Carolina, Texas Tech and Baylor. As a result, he tied Memphis’ Anthony Miller for the most touchdown catches in the nation. Though his yardage output slowly dipped over the last month of 2017, Sills still totaled 60 receptions for 980 yards. With a healthy season from Grier, Sills will eclipse the 1,000-yard barrier.

If you don’t remember hearing about Rodney Anderson until October, it’s not surprising. The running back managed only 12 carries and three receptions during Oklahoma’s first five games. Following the upset loss to Iowa State, that changed in a big way. As the Sooners ripped off eight straight wins, celebrated a Big 12 title and appeared in the College Football Playoff, Anderson amassed 1,381 yards from scrimmage and 17 touchdowns. Thanks to an experienced offensive line in 2018, he’s a heavy All-Big 12 favorite and a fringe Heisman contender.

Dalton Risner has been a fixture on Kansas State’s offensive line since he was a redshirt freshman. That season, he started 13 games at center and was a Freshman All-American. Risner then moved to right tackle, where he’s opened 25 contests and twice secured first-team All-Big 12 recognition by the coaches. The veteran unquestionably deserved the nod in 2017, considering he allowed just six pressures on the year, per Pro Football Focus. Risner will continue flustering college lineman before chasing an NFL job next season.

“Tackle this guy? Good joke, coach.” At least one defender must’ve thought that about David Montgomery in 2017. Iowa State’s quiet star forced 109 missed tackles over his 13 appearances, according to Pro Football Focus. He’ll shake players with terrific elusiveness but isn’t afraid to run through somebody’s chest, either. It’s no wonder he collected 1,442 yards from scrimmage, scored 11 touchdowns and was first-team All-Big 12 last season. Iowa State hasn’t produced a draft pick since 2014, but Montgomery could be the best prospect at his position.

Despite the senior’s decision to cut his flowing locks, he remains the Big 12’s most impressive quarterback. The Florida transfer helped West Virginia to a 7-3 record in 2017 before a gruesome finger injury ended his season. Nevertheless, Grier totaled 3,490 yards — his average of 317.3 ranked eighth in the FBS — and 34 touchdowns to 12 interceptions. The last number is somewhat glaring, and it’s part of the reason he elected to return for 2018. With a receiving corps led by Sills and Gary Jennings, Grier has Heisman potential this season.

It’s his show now. Oklahoma State lost quarterback Mason Rudolph and star receivers James Washington and Marcell Ateman to the NFL, so Justice Hill will be the driving force of the offense. That’s a role the two-time All-Big 12 runner is well-equipped to handle. As a freshman, he scampered for 1,142 yards and six touchdowns. Last season, Hill slipped past defenders for 1,467 yards and 15 scores on the ground, adding 31 catches for 190 yards. The Pokes probably won’t win the Big 12 this season, but Hill’s contributions will keep them competitive.