Soon enough, Week 1 of the 2018 NFL season will kick off. And, while all players arrive to the field ready to compete, certain guys will be under extreme pressure to prove their value.

In particular, players who signed some massive new deals will be under the microscope. Beyond all of the new faces in new places, injured players returning and guys in their final contract years, must step up.

The following players, starting at the top with a former No. 1 overall pick, will be facing tons of pressure this fall.

It was only a few months back that Luck had yet to resume throwing a regulation football after missing his entire 2017 campaign. Fortunately, Luck is on course to participate in training camp and looks great right now. The Colts can only hope that Luck stays healthy and rebounds to his pre-injury form. The Colts last saw the postseason in 2014, which, not coincidentally was the last fully healthy season for Luck. This year should be a telling one as to which direction the Colts franchise is headed, putting the weight of the world on Luck’s throwing arm.

Everyone, including the fantasy football community, is expecting a ton of production from Barkley this fall. He was not selected No. 2 overall to sit and observe. Barkley should start from Week 1 with the expectation he brings the Giants run game back to relevance. He last rushed for 1,271 yards and 18 touchdowns at Penn State 2017. All the while, the Giants scored a measly six times on the ground last year. It is time for Barkley to start earning his keep after inking a fully-guaranteed $31 million rookie contract. 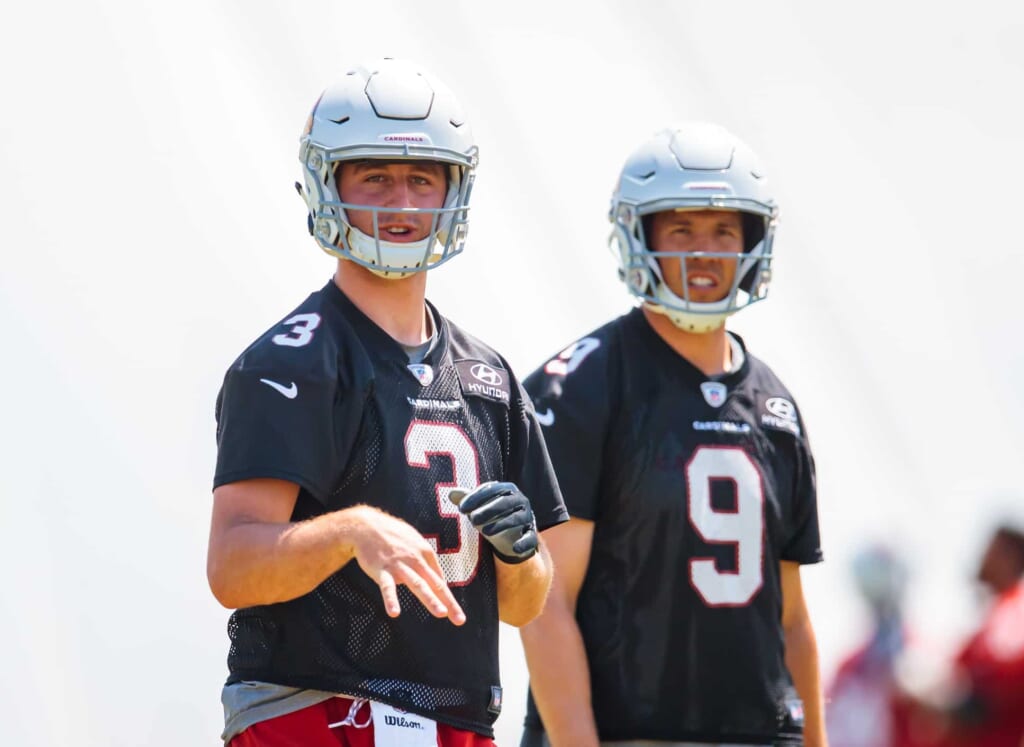 Provided Bradford gets the nod to start, he will be on a tight leash. Having not played a full 16-game slate since 2012, this $15 million dollar quarterback is sadly just one tumble away from sustaining another injury. Now, his “balky” knees are a serious concern to the team. If anything goes awry, rookie Josh Rosen would gladly step in. Finding the bench for any reason this year would likely spell the end of Bradford’s career as an NFL starter.

Coming off a terrible season, Cooper needs to remind the Raiders why they selected him fourth overall in 2015. Cooper came up shorthanded on many levels last year, tallying only 48.6 yards on average per game. He also caught a career-low 50 percent of his targets and missed two games. The only saving grace was seeing Cooper find the end zone seven times. But, 2018 marks a contract year for Cooper, so he had better make it an improved one.

The Titans are taking a big flier on Butler after committing to a five-year, $61 million deal. This dollar figure ranks him within the top 10 as far as cornerback salaries go. Butler last played for the New England Patriots for mere pennies on the dollar, recording two interceptions, 12 defended passes and 60 combined tackles. He was then allowed to walk in free agency after having some sort of fallout with head coach Bill Belichick during Super Bowl 52. Will the Titans get their money’s worth out of Butler moving forward? 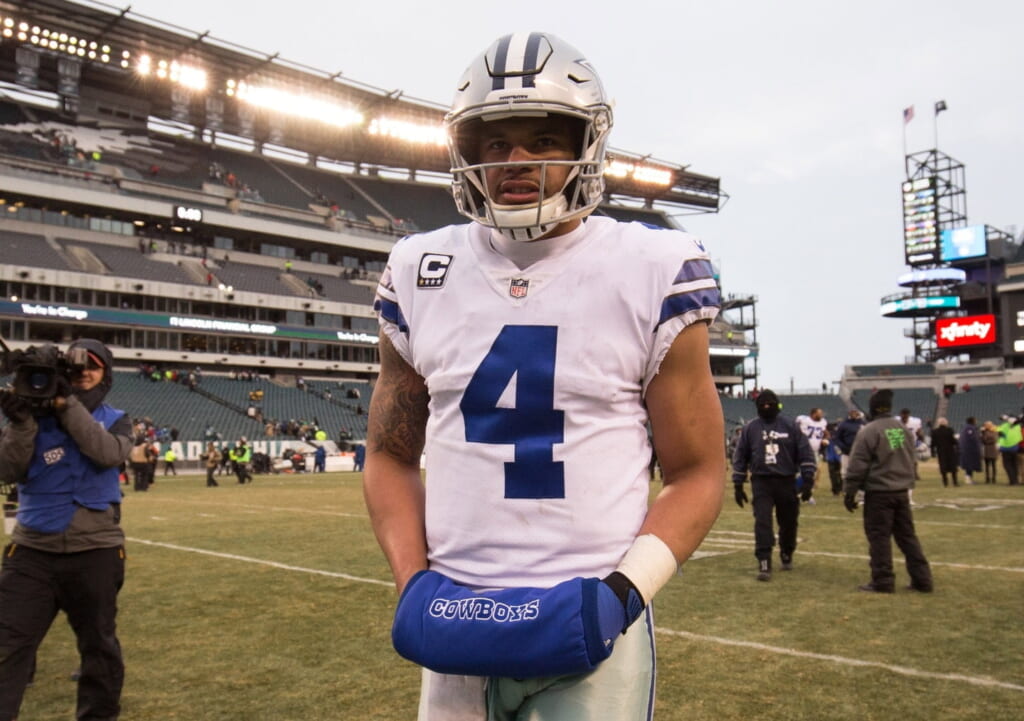 Prescott’s quarterback rating tanked by nearly 20 points last year when he looked like he was playing in amateur hour. To avoid having the Cowboys beg for quarterback Tony Romo to come back out of retirement, Prescott needs to rebound. Hopefully, his revamped cast of receivers helps rather than hinders him. On the plus side, a full season of playing with running back Ezekiel Elliott should do wonders. Fingers crossed.

Apple caused all kinds of commotion with the Giants organization in his sophomore season. Plus, it did not help that his overall performance on the field was not up to par. Starting with a clean slate, Apple is working his way back into the good graces of his team and has been performing well in practices. It will be up to him to steer clear of trouble and to get his level of performance back to that of a 10th-overall draft pick.

Entering 2018, Garoppolo has a perfect 7-0 career record on the books. So, 49ers fans expect the wins to keep rolling in from the league’s second-highest paid quarterback. Talk about pressure to perform flawlessly right out of the gate. Though, the ride might be bumpy considering the 49ers start with three of their first four games on the road against some tough defenses. How well Garoppolo weathers the early storm will be good indicator of how his season should play out.

Norman needs to start living up to that inflated contract he signed with Washington in 2016. Last year, Norman’s level of performance slipped and he went as far as to criticize Pro Football Focus for a lower grade last season. He also called out the Redskins last December and hinted that he might be looking to move on. Norman is currently the highest-paid player of his position, so creating turmoil with his team should not be his primary focus. 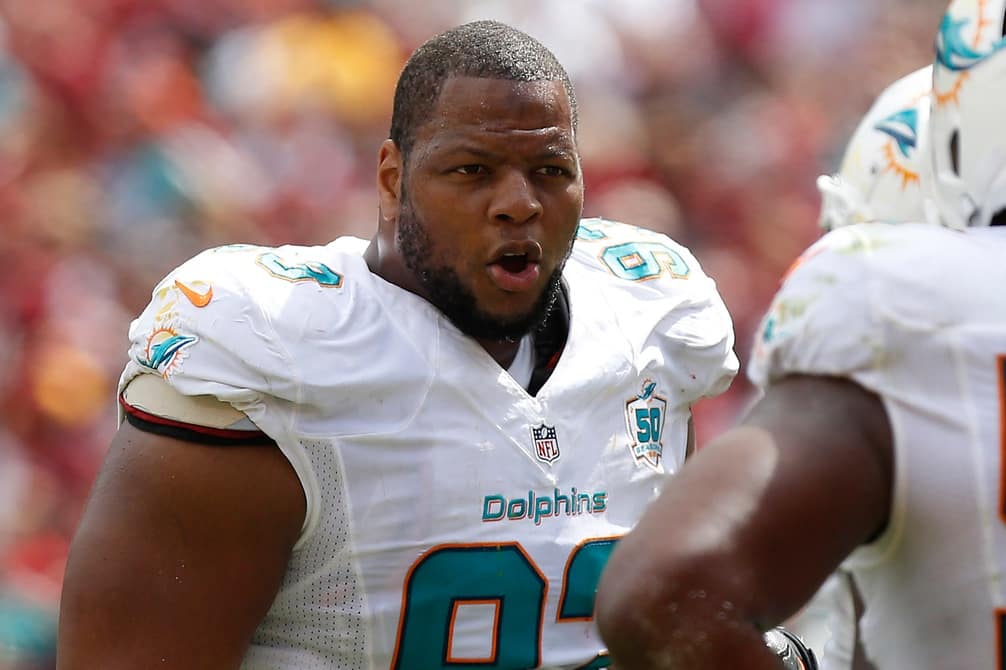 The Rams have been throwing out some pretty hefty chunks of cash and signing new players right and left. They took a chance on Suh, whose stock in Miami had been dropping. At 31 years old, Suh will need to hold up his end of the bargain as he plays out a one-year, prove-it deal in L.A. He is coming off an 2017 campaign when he recorded just 4.5 sacks, which was his lowest tally since 2011.

Even though the Titans miraculously made the playoffs, Mariota needs to step up in what is a critical year for this 2015 No. 2 overall pick. Last season saw Mariota’s passing touchdown production sink from 26 in 2016 to 13. He also threw 15 picks. Pushing that aside and looking ahead, Mariota reportedly looked “faster” this offseason while improving on his throwing techniques. A new head coach and talented offense afford Mariota little excuse not to succeed.

Sherman has been cleared to practice, which is huge, coming off a torn Achilles with the Seattle Seahawks last year. Since, Sherman has moved on and the 49ers took a flier on the 30-year-old All-Pro. He will need to prove he still has plenty left in the tank and he should be particularly motivated to stick it to his former Seattle team twice per season this year. Gaining his clean bill of health ahead of training camp is a sweet step in the right direction.

Taylor is considered a major upgrade over the quarterbacks of seasons past in Cleveland. He is expected to open the 2018 as the starter, with rookie Baker Mayfield anxiously waiting for his opportunity. If Taylor can produce at least a couple of wins right off the bat, the Browns would be silly upset the apple cart. But, if a handful of winless contests go by, the typical Browns’ move is to shuffle their quarterbacks. It is win or bust for Taylor with not much wiggle room for error. 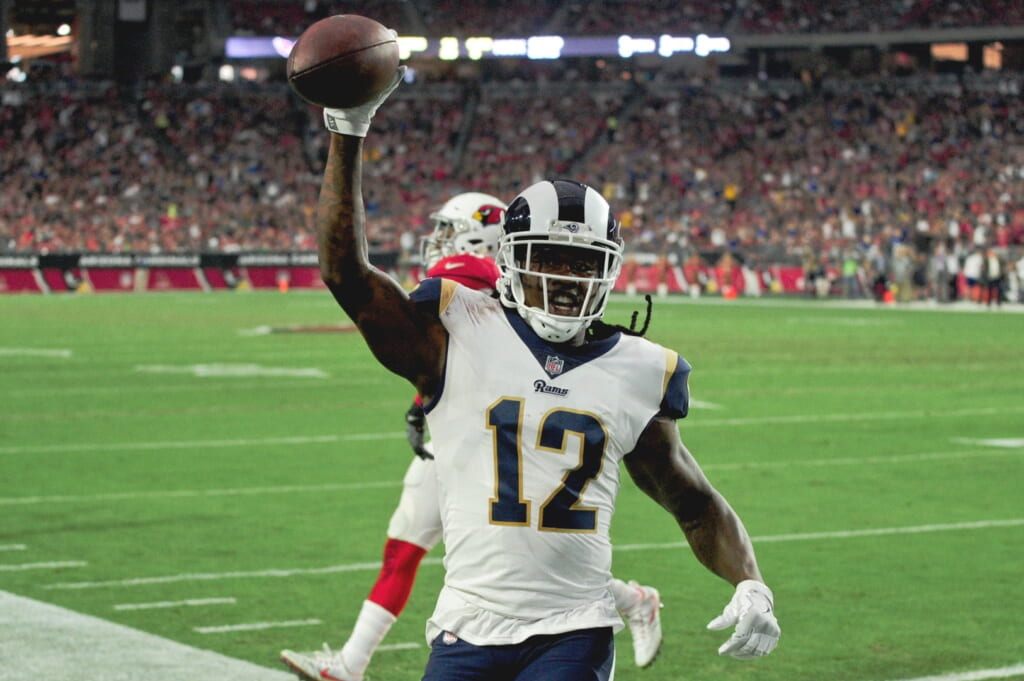 The Chiefs very generously paid a receiver who carries quite the baggage when it comes to injury risk. On the positive side, Watkins did have healthy 2017 campaign which was a refreshing change of pace. Though last season, Watkins delivered a mixed bag when he scored eight times, but only averaged 39.5 yards per game. Needless to say, that is not exactly the type of yardage the fifth-highest paid receiver in the league should be recording.

The Bengals are in a playoff drought, having not visited the postseason since 2014. In particular, Dalton is coming off of a dismal seven-win campaign when he struggled to complete just 59.9 percent of his passes. He achieved a mere 86.6 quarterback rating, down nearly 20 points from 2015. In 2018, Dalton will be under the wire to prove that he can take advantage of working behind a improved offensive line and a talented offense, including superstar, A.J. Green.