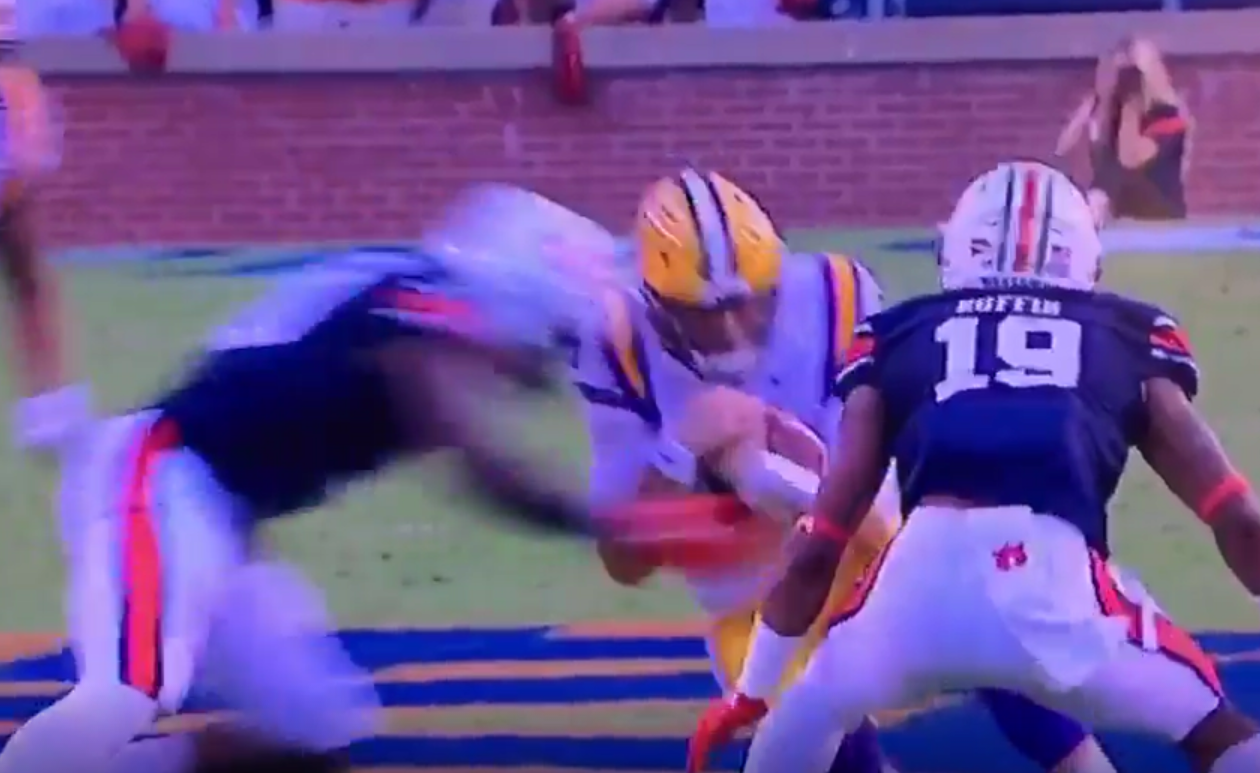 LSU quarterback Danny Etling was absolutely rocked by Tre’ Williams in the second quarter during Saturday’s game against Auburn.

It was a vicious hit by Williams, who led with the crown of his helmet. Not surprisingly, he was ejected for targeting.

Unlike the absurd targeting call in the Penn State versus Michigan game earlier in the afternoon (watch here), this was clearly a brutal hit worthy of ejection.

Etling was bloodied on the play. He had to leave the field of play after his helmet was knocked off.

After being cleared by the LSU training staff, he returned to finish off the drive, which resulted in a missed field goal. LSU led by just one point, 7-6, at this time.