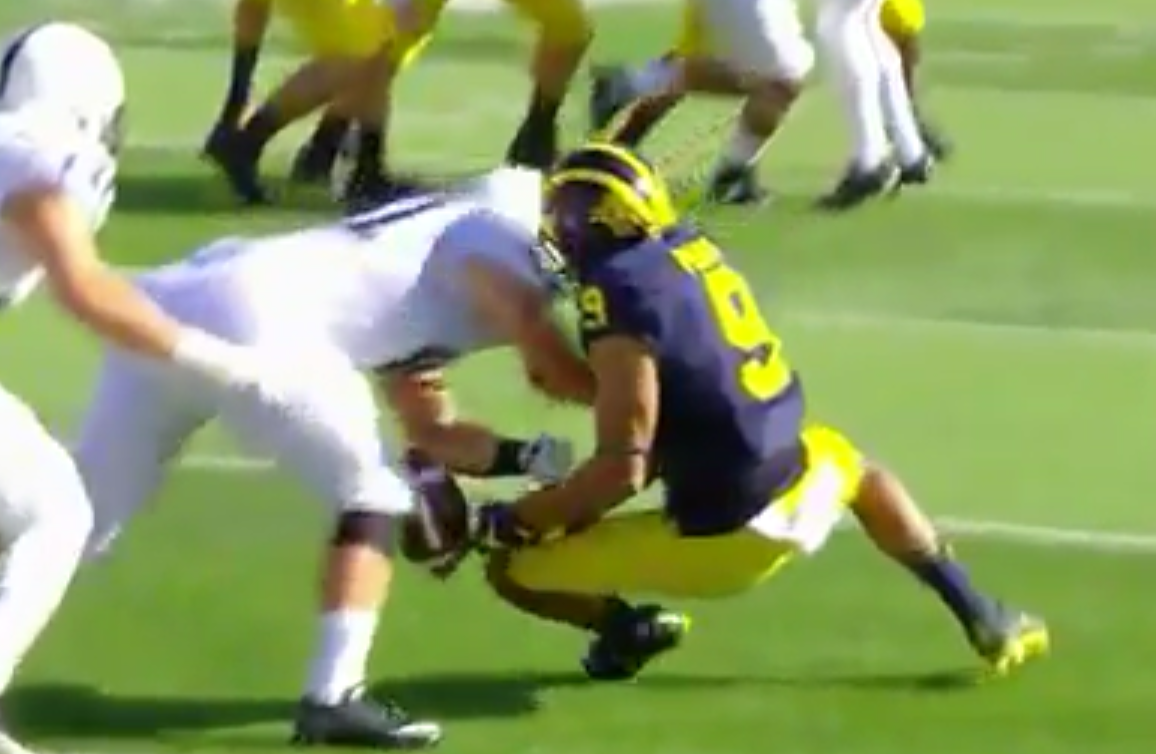 Penn State linebacker Brandon Smith was absolutely jobbed by officials Saturday during the game against Michigan. He was ejected after being flagged for targeting, but after watching video of the play it is clearly an absurd ruling.

Clearly, Smith was simply going for the ball. Incidentally, his helmet clashed with that of the receiver. But this was not a case of a guy trying to knock another guy out. The intent was completely lost in the ruling.

I don't feel it is targeting at Michigan. No indicator. He is reaching for the ball. Contact is incidental.

The Nittany Lions were already desperate at the linebacker position with three starters out in the game. Losing Smith will only hurt their cause all the more.