15 NFL players who will never live down their dumb behavior

Following the lives of the NFL players would be pretty boring if they were all on their perfect behavior all of the time.

That’s not the case, however, and good or bad, following NFL players is usually not boring. Whether it is the case of something silly like a classic bad play on the field, or something more serious like an arrest or bullying act, many NFL players have found themselves in the hot seat for their actions.

Here are 15 players who have been caught in some pretty dumb situations which they may never be able to live down.

Suh has been an inexcusable bully on the field on more than one occasion. He was caught on camera stepping on quarterback Matt Schaub’s private parts and kicking quarterback Aaron Rodgers who was already on the ground. He made some lame excuse that his foot was numb in the Rodgers incident and that he couldn’t tell the difference between the quarterback’s leg and the ground.

Now that the New England Patriots will have to face Suh as a member of the Dolphins twice this season, quarterback Tom Brady might consider some extra protection during those games.

Speaking of Brady, no one can possibly talk about perfect ball conditions in more depth than he can and sound more dumb doing it.

And, speaking of dumb, who puts sneaky plans in writing by texting? Brady allegedly engaged in text conversations with team locker room personnel about the conditions of the game footballs used in the NFC Conference matchup against the Indianapolis Colts.

For his questionable actions, Brady may be sitting out the first four games of the upcoming season.

All we can say about Rice’s despicable act of punching out his then-fiancée Janay Palmer is that elevators have cameras. Rice’s outrageous crime is why the running back continues to remains unemployed over a year and-a-half after the February 2014 incident. 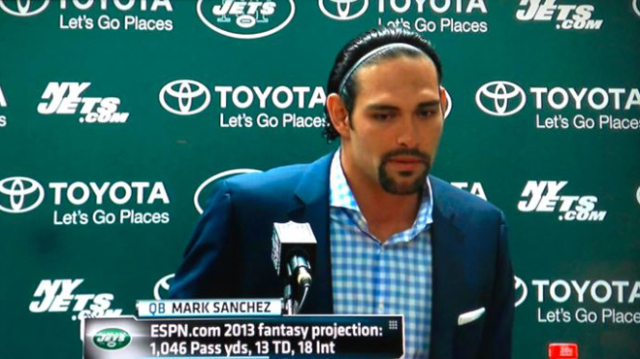 Whether it is his classic butt-fumble, his ridiculous green headbands or his pants-less dancing party, Sanchez will never live down these acts. Sadly, they are etched in our memories too. One must wonder what Sanchez has in store for us for the upcoming season.

Where do we even begin with Smith? His latest arrest for DUI, hit and run and vandalism resulted in his release from the 49ers on Friday. The laundry list of Smith’s past off-field incidents includes two other DUI arrests, a weapons charge and an arrest at Los Angeles International Airport.

Aldon Smith's arrest Thursday is latest of off-field incidents dating back to 2012. pic.twitter.com/wUcLtui2Gn

One of the dumbest things on Smith’s record is his arrest at LAX for making a bomb threat. Who does that at an airport?

Let’s hope Smith gets some much-needed help for his toxic and worrisome behavior.

Sherman shall never live down his ridiculous post-game rant that trashed former San Francisco 49ers wide receiver Michael Crabtree after the Seahawks won the NFC championship game in 2014. The victory came when Sherman tipped a pass that was intended for Crabtree which resulted in a game-ending interception.

Vick will never be forgotten for his role in participating in the illegal and cruel act of dog fighting, which resulted in an NFL suspension and cold, hard jail time.

To this day, jokes such as this exist due to Vick’s stupid behavior.

Cooper thought it was cool to toss around some racial slurs towards an African American security guard during a concert a couple of years ago. He has since apologized, but the odor of racism still stinks badly in Philadelphia.

Cooper reportedly learned his lesson and is all good in the eyes of his head coach, Chip Kelly.

Incognito was released by the Miami Dolphins midway through the 2013 NFL season for bullying former NFL offensive lineman Jonathan Martin. After the release, Incognito lost his marbles and took to beating up his Ferarri. He called it art.

We call it one of the dumbest things that we have ever covered.

http://t.co/Yu1eFRuIO4
Richie Incognito Smashes His Own Ferrari FF with a Baseball Bat pic.twitter.com/dVCMmTpTzc

Yea we all roll money up in the bathroom . @johnnymanziel pic.twitter.com/gpOWoJA2pX

Manziel has a whopping list of dumb things on his record since being drafted by the Cleveland Browns in 2014. As long as he stays away from the spirits, it looks like inflatable swans and innocent cash bills are safe for now, however.

Manziel entered into a rehabilitation program earlier in the year. So far, the young quarterback looks to be on a positive path. For that, we can commend him for wanting to better himself.

Jones has been arrested multiple times including DUI and assault chargers. His frequent arrests caused him to miss the whole 2007 and 2009 seasons and part of 2008. For this, the former first-round pick from 2005 has earned the title of one of the dumbest players in the NFL. 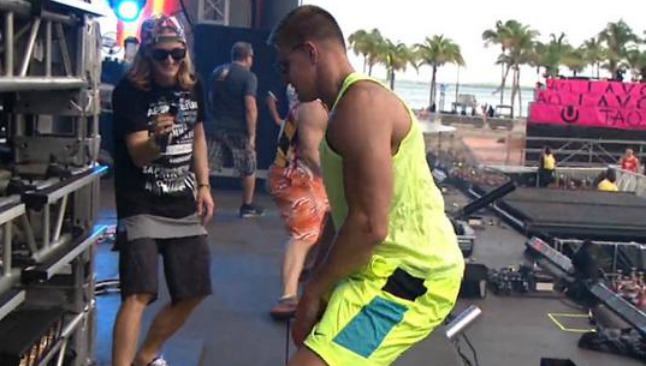 Gronk is kind of like that goofy frat house jock on campus. He does lots of ridiculous stuff that one day might come to bite him in the behind.

Recently, he said that only read 80 percent of his own book. One must wonder why he did not finish reading his own book—it’s not like the book is a deep read or anything.

Likely, he was too busy chugging, twerking or cruising on his party bus to care.

Peterson’s horrible lapse of judgement unfortunately involved his small son, who Peterson abused. Peterson is back now after sitting out most of the 2014 season. However, the violent act which Peterson committed still haunts many, who believe that Peterson should not be in the NFL. He’ll have to live with public scrutiny throughout the remainder of his NFL career. 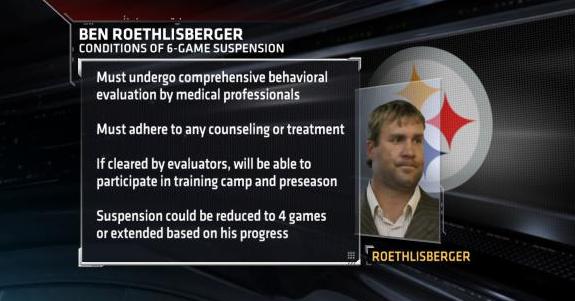 Roethlisberger was suspended for six games, which got reduced to four, for allegedly forcing himself on two women back in 2008 and 2010. You don’t do dumb stuff like this as a high-profile NFL player and expect to get away with it.

Unfortunately for Big Ben his reputation precedes him. And, to this day, he is still referred to as a rapist out there on social media.

Back in 2013 when he was a member of the San Francisco 49ers, Culliver made some homophobic comments. He apparently was under the opinion that if a homosexual was in the locker room, he would be stared at or hit on. What makes Culliver think that he is so appealing that any gay player would automatically be attracted to him?

“I don’t do the gay guys, man. I don’t do that,” Culliver said during a taped, one-minute podcast with Artie Lange (via mercurynews.com).”

He has since apologized for his opinionated and hurtful comments.

There are certainly other players who could have made this “dumb” list for one reason or another. However, the guys mentioned above will not be living down their reputations for their dumb and irresponsible behavior anytime soon.