When a player signs a huge contract around the baseball world, fans and teams all seriously hope that the deal will pan out.

After all, the money is fully guaranteed. And even without a salary cap, many teams won’t have too many high-priced players on their rosters. This, as a way to keep the payroll down and avoid paying out cash to other squads.

In the case of these MLB contracts, the wishes for success have gone unfulfilled. These players all make a lot of money and haven’t come terribly close to playing to their contracts in recent seasons.

While we can safely assume that the Los Angeles Dodgers aren’t happy with their one-year, $15.8 million dollar deal with Brett Anderson, we are omitting people who just signed this past winter.

After all, we need more than just a few days of a contract to judge how well someone is living up to it. But with that exception, these are the 10 worst MLB contracts in 2016. 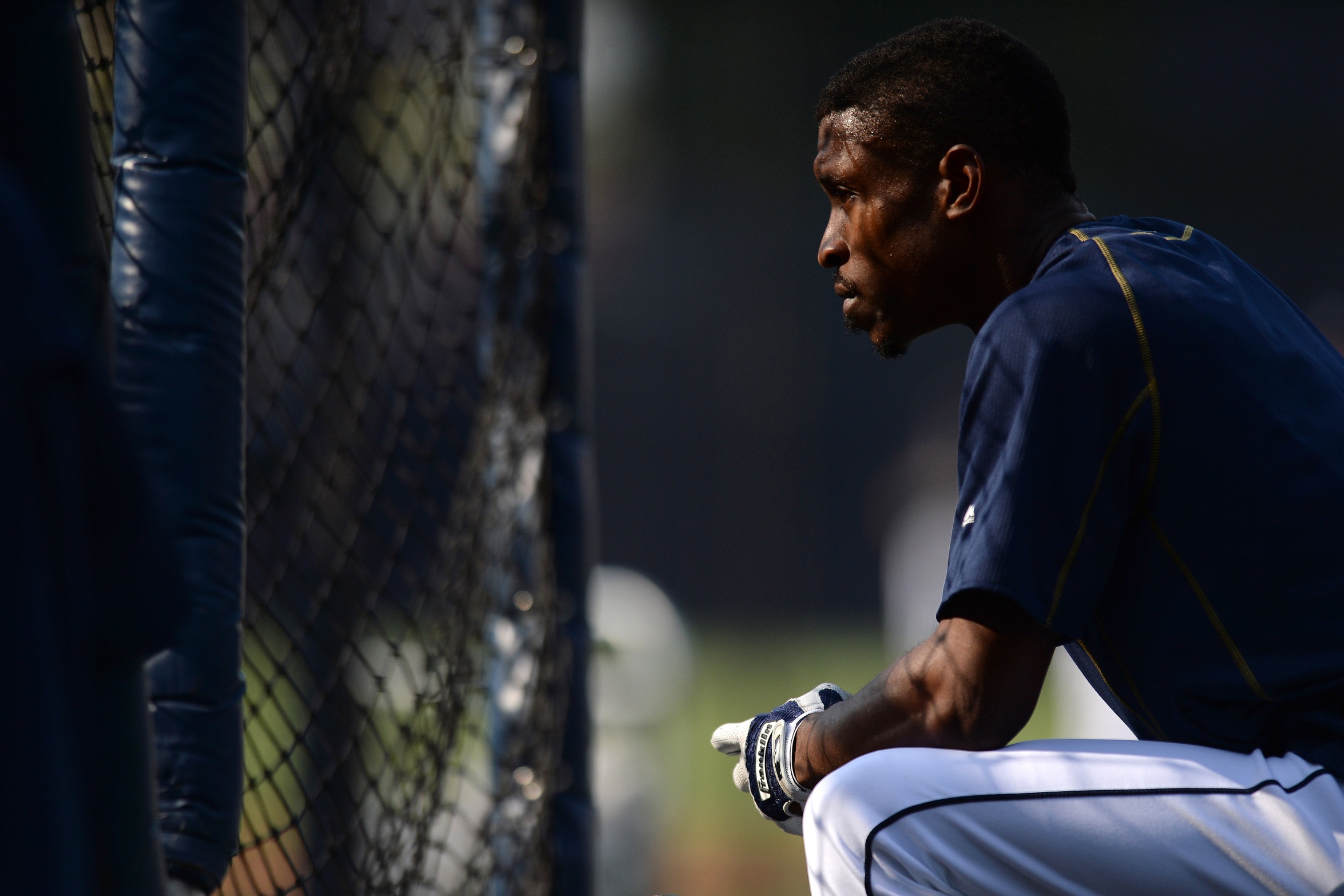 Melvin Upton has always been a guy that strikes out a lot while failing to hit for a high average or put up a high on-base percentage.

But in the past, he was a guy that could be good for 20-plus homers and 30 steals a year, which supplies some value. Unfortunately for Upton and the Padres, those days are behind him.

The bad news is that he’s owed more than $15 million in 2016 and north of $16 million in 2017. Realistically, there’s no way that he has any trade value unless San Diego takes an equally bad contract back or agrees to pay a good portion of what remains.

The Padres are a small-market team that hasn’t made the playoffs since 2006. Having a guy like Upton anchoring their payroll will not help them get better.

While the Yankees and Rodriguez have had some genuinely great moments, their relationship has been an incredibly rocky one. His massive contract is a large reason why.

In 2013, he missed all but 44 games due to injury, but still made $28 million. Of course, that doesn’t look so bad compared to 2014. New York paid him just under $3 million that year, which doesn’t sound so bad until we remember that he was suspended for the entire season.

Also included in A-Rod’s tenure in the Bronx was general manager Brian Cashman saying that “Alex should just shut the f— up” after Rodriguez tweeted that he was healthy and ready to play.

Things might be relatively peaceful now, but it was only last spring when the Yankees were reportedly upset that he reported to camp early.

A-Rod did have a nice season in 2015, but nothing to indicate that he’ll play even close to the $21 million that he’s owed over each of the next two seasons, especially with the enigmatic figure turning 41 in July. 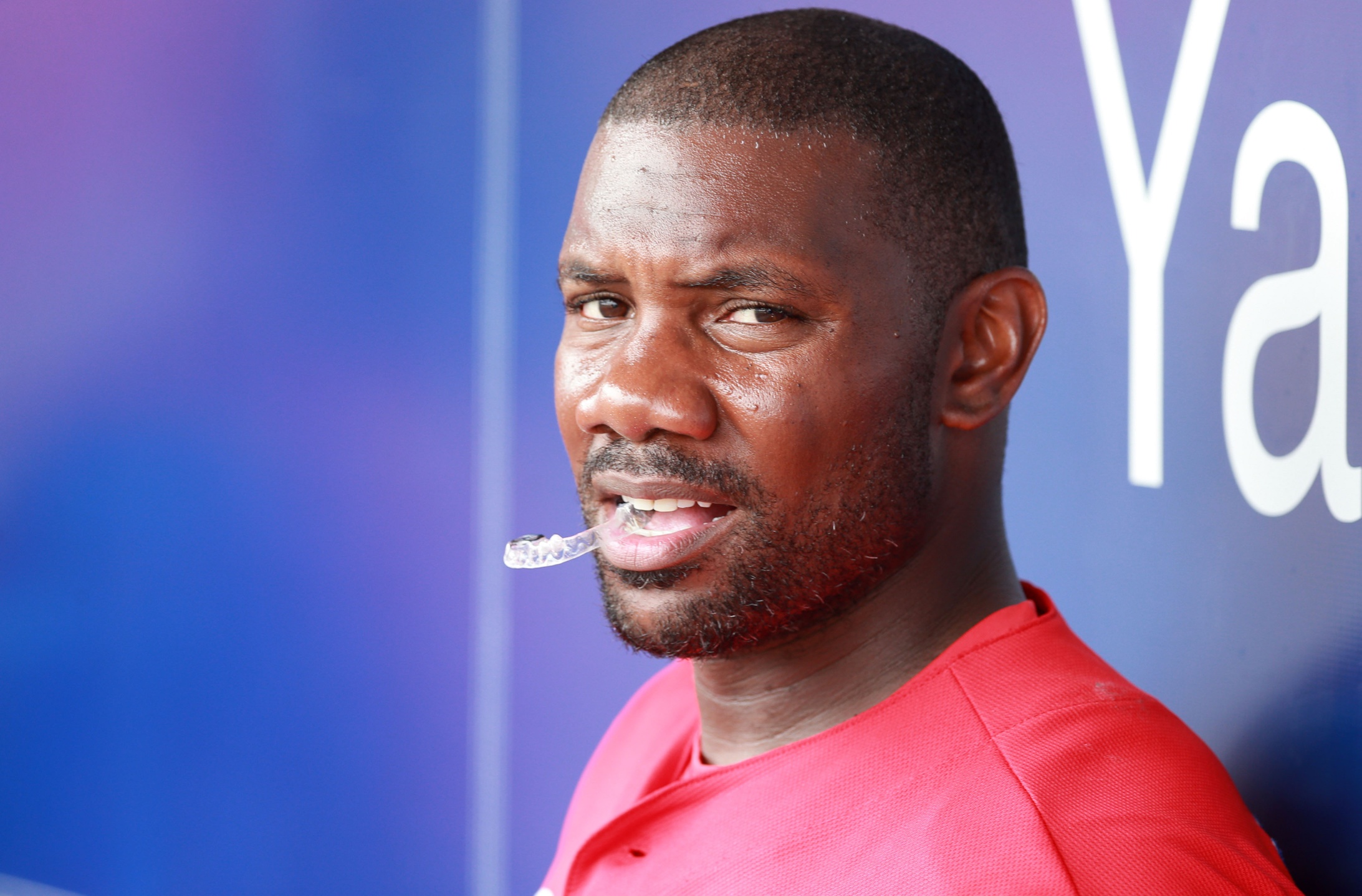 In 2012 and 2013, Howard couldn’t stay on the field, playing in a total of only 151 total games. Over the last two seasons, Howard has demonstrated a little bit of pop, hitting 23 homers both years.

The 1B platoon is a go. “It’s in your best interests,” Pete Mackanin told Ryan Howard, who said he didn’t like it but understood.

His contract has also kept the Phillies from expediting their rebuilding plan. No team is likely to take on such a disastrous contract.

How bad is the Josh Hamilton contract? Well, unless Hamilton opts out of his contract following the 2016 season — something that would be completely foolish — he’ll make $28.4 million in each of the next two years. Most of that will be paid by the Angels.

Considering Hamilton on longer actually plays baseball for the Angels, this is a complete and utter disaster. Making matters even more unbearable for the Angels, he plays for the division-rival Texas Rangers

Texas is paying Hamilton about $2 million. So even if he’s terrible, it doesn’t hurt the Rangers payroll that much.

Hamilton’s off-field struggles are well documented at this point. While this certainly played a role in why his contract with the Angels was such a disaster, we don’t need to focus too much attention on them now.

The on field problems with the Angels and current financial splits alone make this contract a disaster for Los Angeles.

The 2011 season was the first of an eight-year, $184 million deal for Mauer. Prior to that season, Mauer had only hit more than 20 home runs in a season twice and more than 10 one other time. With all that said, the contract didn’t seem bad.

Things have since changed.

More importantly, Mauer hasn’t even been a part-time catcher since 2013, starting a grand total of zero games behind the plate over the past two years.

From 2016-2018, Mauer is still owed $23 million per season. If a first baseman is making that kind of money, he needs to be one of the game’s best hitters. Mauer hasn’t been of that ilk for some time now.

Cano was 31 when the Mariners signed him to a 10-year, $240 million contract following the 2013 season. This is a terrible contract for a player of that age, but it wouldn’t be quite as bad if he excelled in the early years.

So far, Cano has not done that. In his first two years in Seattle, the second baseman hit 35 homers with a .300/.358/.450 slash line. At a glance, that doesn’t look bad, especially someone at the keystone. Though, there are other things to look at here.

One, Cano made $24 million in each of those two seasons. His numbers weren’t bad, but they weren’t great either. If someone is making that kind of money on a team not known for having a big payroll, he needs to be great.

Three, he hasn’t helped the team make the playoffs. Seattle was 87-75 in 2014, but still watched the playoffs from their couches. In 2015, they were never in contention, finishing 10 games under .500.

Now, we’d be remiss if we didn’t point out that Cano is off to a torrid start in 2016. If it continues, he can certainly play his way off our list.

Much like Hamilton, Sabathia has dealt with some personal issues that we don’t really need to get into here.

Without that consideration, his on-field lack of production production is easily enough to put him on this list. After all, it was a big story when just days before the beginning of the regular season Sabathia was named as the Yankees fifth starter.

CC Sabathia is 5th starter. Will pitch intrasquad game Sun in Tampa, then make start next Sat at Detroit.

The decision was explained by Mark Townsend of Yahoo Sports.

“The Yankees decision likely came down to trust, tenure and perhaps even salary. Sabathia is due to make $25 million this season, which would make it difficult to explain why he couldn’t win a spot. Nova definitely had a better spring overall, posting a 4.13 ERA in 24 innings compared to Sabathia’s 5.51 ERA over 16 1/3 innings.”

The fact that Sabathia’s contract contributed in any way to him earning a job over a (theoretically) better pitcher shows just how bad it is. But honestly, even if he clearly out-pitched Ivan Nova in spring training, the very idea that Sabathia was competing for the fifth starter job shows how far he’s fallen.

Sabathia is owed $25 million in 2016 and has a vesting $25 million option for 2017. Over the last three seasons, Sabathia posted a 4.81 ERA and a 1.402 WHIP while throwing only 424.1 innings. Not coincidentally, New York has played in only one playoff game in that stretch.

Having that much tied into a shaky fifth starter is never a good thing.

While Cain plays on different coast and in a different league as Sabathia, their stories are very similar. Both men were once ace pitchers and are still paid that way, but they haven’t pitched like aces for a long time. Also, like Sabathia, Cain is his team’s fifth starter.

Statistically, Cain has been a little better than Sabathia over the last three seasons, posting a 4.37 ERA and 1.244 WHIP since 2013. Cain, however, has really struggled at even getting to the mound.

Over the last two seasons, he’s thrown a combined 151 innings. That’s just not good enough for a guy that still has two years left on a $112.5 million contract.

That’s a minimum of nearly $50 million over three years for a 31-year-old guy who’s done next to nothing over the last two season. 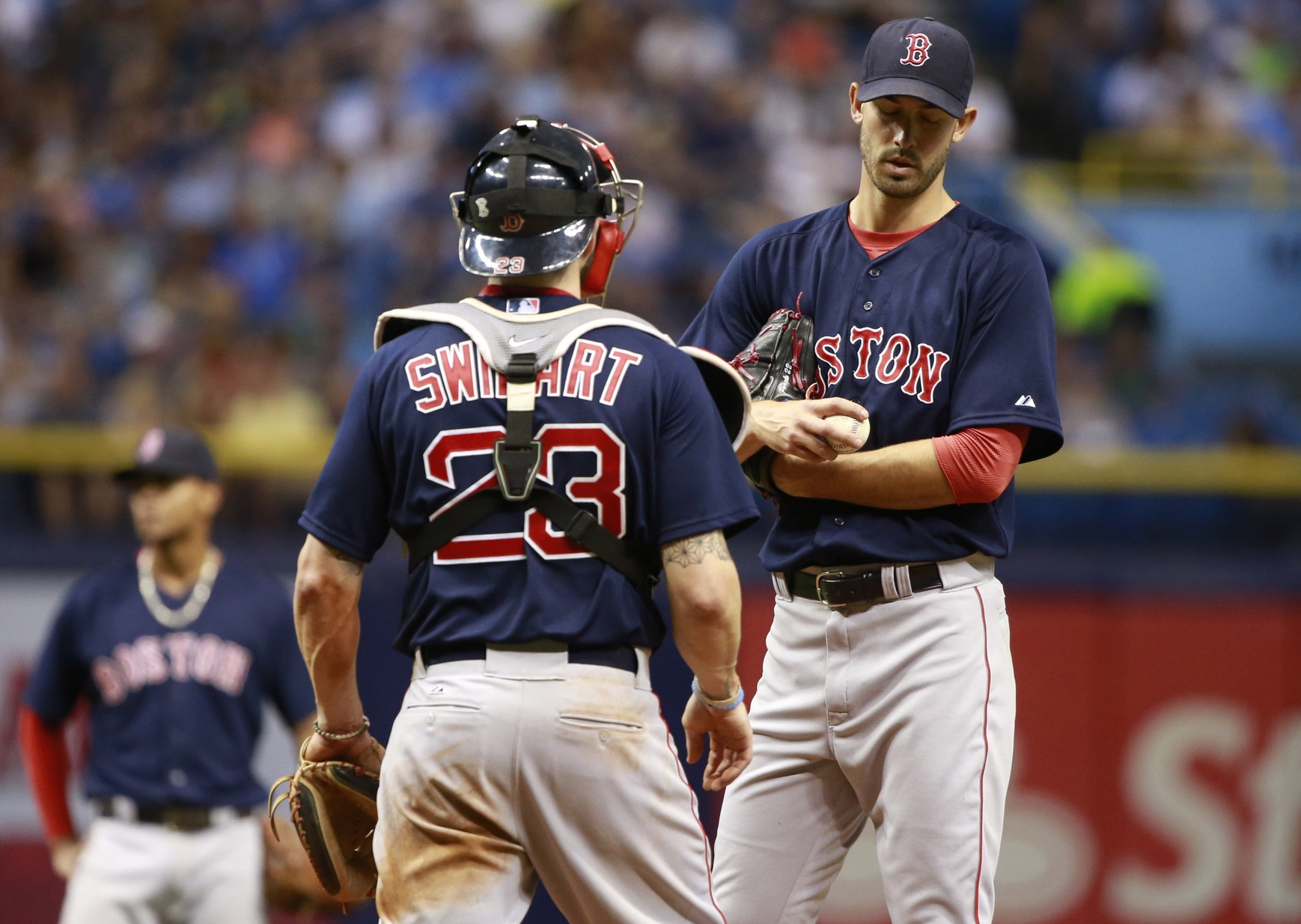 Some facts about Rick Porcello.

While Porcello has demonstrated fine control as a Major League pitcher, he’s been pretty easy to hit. Whether with the Red Sox or Detroit Tigers, Porcello has never had a season where he had more innings pitched than hits allowed.

Just before the start of this season, Pete Abraham of the Boston Globe reported that Pablo Sandoval would start the season on the bench.

Pablo Sandoval, by the way, still has $75 million remaining on his #RedSox contract.

That’s a lot of money to pay for a guy who’ll come in as a pinch hitter and occasional spot starter. In an interview with San Francisco’s KNBR 680, Boston reporter Tony Massarotti pulled no punches discussing the Panda, saying that Sandoval may be one of the worst free-agent signings of all time.

“He might go down as one of the great free agent busts, period, beyond Boston. Can you remember many players who signed a 4-5 year deal and one year into it were benched? Alex Speier of the Boston Globe had a great statistic. Starting in 2010, there have been 108 players in the Major Leagues that have signed deals of at least four years and $40 million and Sandoval is the only one who has been benched heading into his second season.”

While someone like Alex Rodriguez is certainly badly overpaid now, he was a big-time producer earlier in his contract. Sandoval has never been that in Boston.

Sandoval has recently been scouted by the Padres — something that logically speaking wouldn’t be happening if San Diego didn’t get some sense that the Panda was available. The problem is that any trade would almost certainly mean Boston paying a good amount of whatever salary remains.

For this contract to not be an absolute disaster, Sandoval would not only need to have a full 180 in production over the next four years, but he’d need to do so for the Red Sox. At this point, neither seems likely.

*All contract information provided by Spotrac