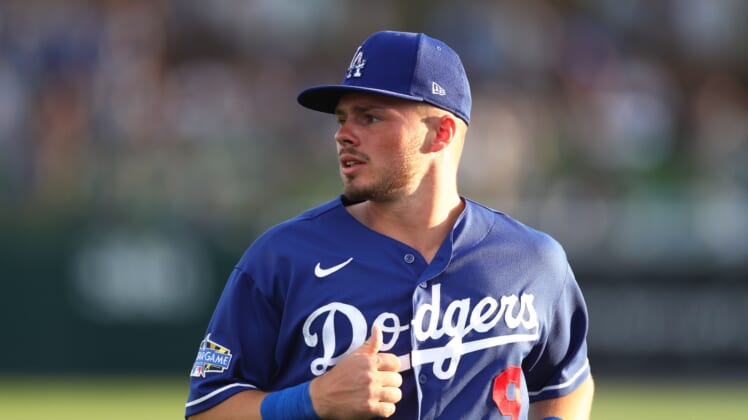 As the NBA’s regular season begins to wind down, MLB’s Opening Day is just around the corner. Considering all the talk about what happened during the offseason, this is one of the most-anticipated MLB seasons in quite some time.

The expansion of MLB rosters to 26players will create additional opportunities for young players. Sometimes all it takes for a young player is one chance to prove himself at the highest level and the rest is history. That’s exactly what we could see this season thanks to 26-man rosters opening the door for new faces to deliver breakout season. Here are 10 players that could be primed to break out in the 2020 MLB season.

That said, expect Smith to hit for average this year while maintaining his excellent base running as his 46 steals in 2019 led all of MLB. While Smith may not hit an incredible amount of homers this season, he will likely hit more doubles as he learns to develop better plate discipline.

Even if Bader can’t increase his power, the 25-year-old can improve as a hitter and push his batting average much higher. While he may never be an All-Star caliber hitter, he doesn’t need to be thanks to his outstanding defense in center field. If he can consistently get on base, which he still must prove he can accomplish, Bader can be a dangerous threat to create steals and runs thanks to his excellent speed.

Andújar enjoyed tremendous success as a rookie with a .297/.328/.527 slash line, 27 home runs and 92 RBI. He looked like one of the league’s rising stars and a building block for the Yankees. But everything came apart for Andújar this past season, as he played in just 12 games to repair a torn labrum in his right shoulder.

If all goes well for the 25-year-old, and he is impressing thus far in spring training, then expect him to be starting on Opening Day for the Yankees. Given the incredible numbers he posted as a rookie, it’s not outside the realm of possibility for Andújar to do it again. If can do just that, especially with the Yankees dealing with key injuries, he could join Gleyber Torres in the All-Star Game this season.

Now likely locked in as Baltimore’s third baseman, expect Ruiz to take a leap on the offensive end in 2020, and to maintain his solid defense at the corner. While the Orioles aren’t receiving a lot of attention in recent power rankings, that shouldn’t be a reason to discount Ruiz’s chances of becoming an All-Star in 2020.

Now with a World Series run under his belt, it wouldn’t be a surprise to see the 22-year-old improve his hitting and become an All-Star in 2020. Despite the fact that he’s been dealing with an injury this spring, Robles should be ready to go on Opening Day.

While Lux had a cup of coffee with the Dodgers in 2019, the 22-year-old showcased what he is capable of early on. He hit .240/.305/.400 in 23 big league games. While it may be a small sample size, all signs indicate that Lux will likely cement himself as the starting second baseman this season at Chavez Ravine.

Don’t be shocked to see Lux build off a strong performance this spring, where he’s hitting over .300, and parlay that into a breakout rookie year and could even be an All-Star candidate. That may be a long shot, but considering the Dodgers’ penchant for churning out quality players, Lux could be an All-Star sooner rather than later.

Middleton was supposed to be the Angels’ closer in 2019 but that wasn’t the case: in May 2018, Middleton had Tommy John surgery that effectively ended his 2018 campaign and a good portion of 2019. When he did return in September 2019, Middleton was electric, posting a 1.17 ERA in 11 games.

That’s a very small sample size, which is understandable since he was working his way back from Tommy John. but if he is able to pitch with some semblance of effectiveness, the AL might have found its closer for the All-Star game.

Projected to be the Rangers’ everyday first baseman, Guzman’s main competition is former Yankee Greg Bird. While Bird is an offensive weapon, injuries continue derailing his progress. For his part, though, Guzman hasn’t been able to capitalize on the vacancy at 1B, as he dealt with his own injuries and was even sent down to Triple-A after failing to live up to expectations.

Once a part of a three-headed monster at Harvard-Westlake in Southern California with Jack Flaherty and Lucas Giolito, Fried has had a bit of trouble establishing himself in the same regard in Atlanta. After posting a 2.94 ERA in 14 games in 2018, the 26-year-old’s numbers dipped this past season with a 4.02 ERA.

With the assortment of pitches that he can throw, it’s only a matter of time before Fried gets back to how he was in 2018. If he does, expect him to be at the All-Star game with his friends Flaherty and Giolito.