The 2022 MLB free agents will hit the open market at 5 PM ET on Thursday, and the baseball world is curious about where some of the top names in this class will end up in 2023.

Let’s take a look at 10 of the top players up for grabs starting on Nov. 10, and what uniforms they will be wearing next season.

Aaron Judge is the creme de la creme of this year’s free-agent class. He couldn’t have had a better season for the New York Yankees ahead of his impending free agency. He will likely be the AL MVP and broke the team and the American League’s single-season home run record. This Yankees squad does not reach the playoffs and the ALCS without Judge.

Chances are he could land a record-breaking deal for annual money, but is unlikely to score a contract with double-digit years like Mookie Betts and Wander Franco received in recent years. Which means few teams will be in the running for his services. The San Francisco Giants and even the Los Angeles Dodgers will be serious players for the 30-year-old, but in the end, the Yankees have to bring their top star, and best homegrown talent since Derek Jeter, back at any cost.

A world where Jacob deGrom is not taking the mound every five days for the Mets seems absurd, but it is a very real possibility heading into 2023. New York has a massive payroll and already has a pitcher making north of $40 million annually on the roster in Max Scherzer.

They just gave Edwin Diaz a record deal for a closer, will try to re-sign Brandon Nimmo, and will eventually need to pay Pete Alonso and Jeff McNeil big money in a few years. Paying two pitchers over $80 million a season will be a tough pill even for the absurdly rich Steve Cohen to swallow. Look for the rival Atlanta Braves to swoop in and make the “deGrominator” the core of another run at a World Series. 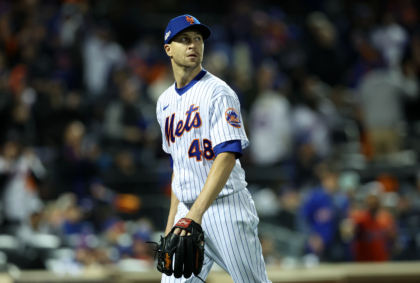 Much like Aaron Judge, the Red Sox need to keep Xander Bogaerts. A case could be made to let him walk and completely rebuild the team after a last-place finish in 2022. However, to rebuild you need a centerpiece, and the 30-year-old infielder is battle-tested and Boston-approved. If it’s a choice between re-signing him or Rafael Devers long-term, they must go with Bogaerts. Especially, after moving a similar homegrown star in Mookie Betts and seeing him win a championship elsewhere.

Justin Verlander has been arguably the greatest outside addition in Houston Astros history. Helping the team win their two world series titles, including this year. It could also be said that Houston is the greatest thing to happen to the ace pitcher’s career. After helping him find the fountain of youth when it seemed like his MLB tenure was in an unstoppable decline.

However, it just feels like the run is over and the team got what it needed from the future Hall-of-Famer. It also seems like a perfect time for the Yankees to drop in and pull away a key element of what has made Houston become New York’s kryptonite for the last decade.

Trea Turner is one of the best MLB free agents at shortstop this winter. The Dodgers are likely to make a strong case to retain his services, however, the San Francisco Giants are expected to spend in a big way this offseason. With the Giants expected to fail in their pursuit for Judge, Turner is likely to benefit by getting paid well as their backup plan. 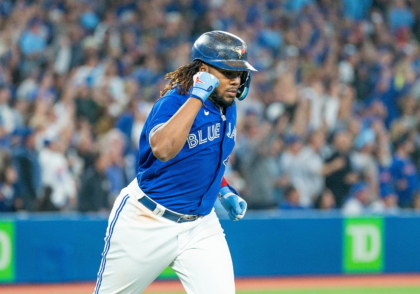 Unsurprisingly, former Houston Astros star Carlos Correa used that first-year opt-out in his contract with the Minnesota Twins. And after the team finished under .500, they may be grateful to clear the payroll. Correa is not deserving of a pay raise, but he is opting out because he knows he can get more than $35 million annually.

The Chicago Cubs have been very quiet, in terms of spending, in recent seasons. That will change when they overpay to bring Correa in with the hopes that he can elevate them to a Wild Card contender next season.

For much of the 2022 season, the Mets’ lineup was one of the best in the league. However, they faltered down the stretch and the DH spot became a glaring weakness. Along with a need for more thump in the lineup. Look for them to make Chicago White Sox star Jose Abreu their biggest MLB free agents addition as they aim to solidify DH for the next few seasons. 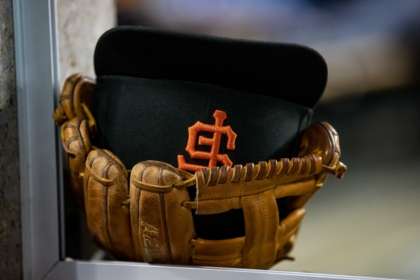 There is no doubt that three-time All-Star Willson Contreras’ days in Chicago are over. It is a bit surprising after helping the team end a 108-year World Series drought and turn into one of their best catchers in franchise history, but that is the case. Now, all the various teams that were interested in the talented backstop at the trade deadline will be able to bid for him with only cold hard cash instead of having to give up notable prospects.

With the massive hole that the St. Louis Cardinals will now have after the retirement of team legend Yadier Molina, Contreras feels like a perfect fit for the team and helps maintain the high standard at the position and as a team contending for a playoff spot.

After seeming primed to make back-to-back trips to the World Series, the Braves were shockingly bounced from the divisional round of the postseason this year. The Mets quickly made the move to re-sign their star closer to help maintain their 100-win stander. Atlanta must and will do the same to stay at a championship contender level with Kenley Jansen.

They won’t go as many years as the Mets did for Diaz for Jansen but expect similar money.

Two-time Japanese league batting champion Masataka Yoshida is one of the most fascinating talents in this year’s market. He is a fantastic player at the dish but there are certainly concerns about any athlete making the jump to the big leagues. However, considering the team’s history with Japanese stars, look for the Seattle Mariners to land the Orix Buffaloes great to try and keep pace in the NL West with the champion Astros, and aim to get back to the postseason for a second straight year.

There are quite a few other worthwhile talents that are available this off-season. Let’s take a look at who they are and project their destinations and contracts.