After a hectic surge of NFL free agency action, many player signings and re-signings have occurred, not all of which were beneficial.

Some teams have made wise and cost-effective additions to their rosters and others have let some key personnel walk out the door. While the current Super Bowl champions are starting at square one when it comes to their quarterback, other teams are bolstering their defenses.

As a result of the recent hustle and bustle of signings in the NFL, here are the biggest winners and losers of free agency.

Sanchez, also referred to as “The Sanchize” just landed with one of the most elite franchises in the NFL.

We can imagine how elated Sanchez was when his phone rang and it was the Denver Broncos reaching out. After spending two seasons as a backup for the Philadelphia Eagles, Sanchez is technically the No. 1 quarterback on the Broncos’ roster at this point.

Nobody, including Sanchez could see that one coming a few months back.

Though, Sanchez’ status could change. The Broncos have reportedly been entertaining the idea of a potential trade for Colin Kaepernick and have shown some interest in Ryan Fitzpatrick as well.

If one of these quarterbacks signs with the Broncos or the team drafts a rookie, then Sanchez will still have the opportunity to compete for the starting job.

Either way, Sanchez has inherited a team that gives him the most optimal chance at seeing a Super Bowl at this point in his career. 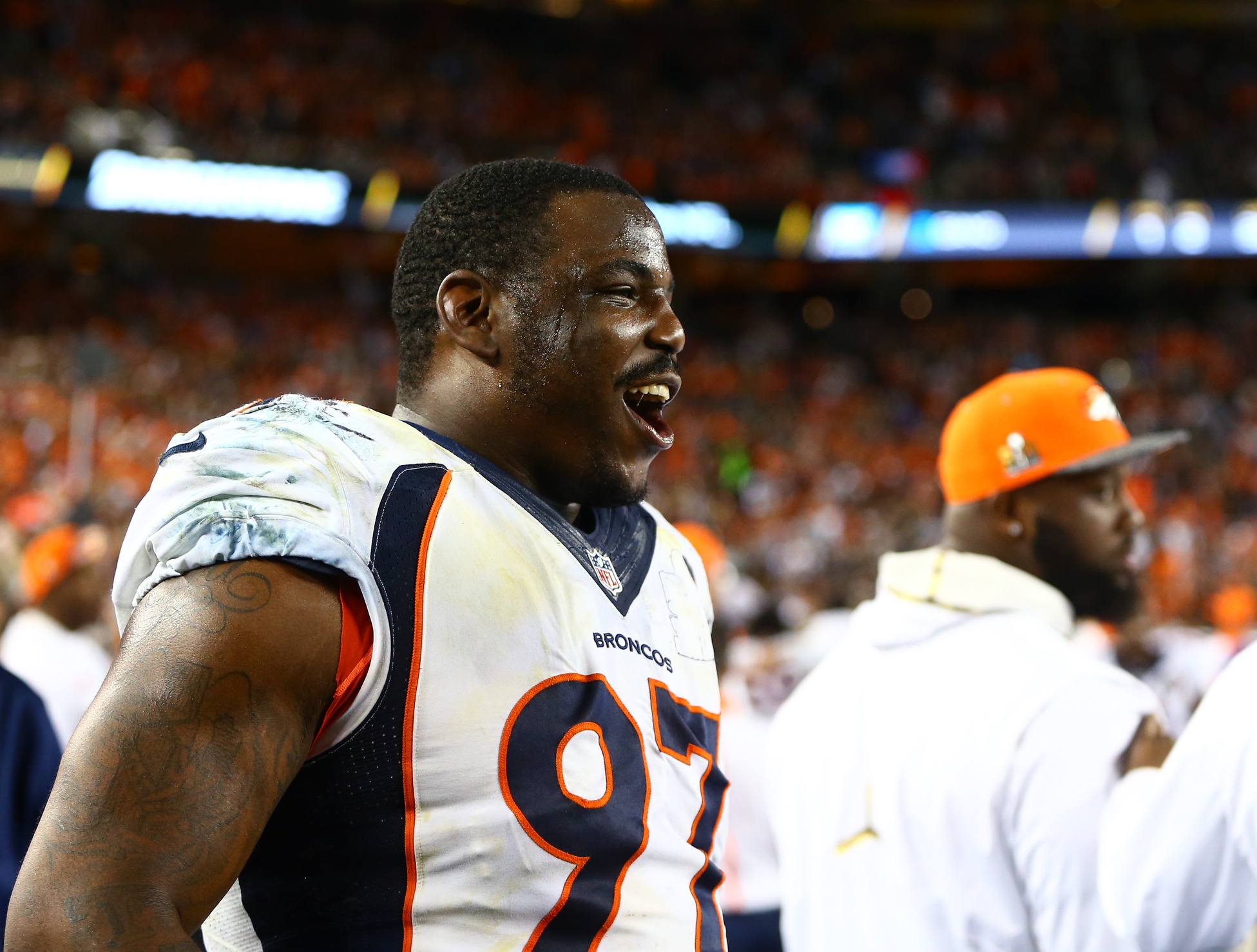 While Sanchez can viewed as a personal winner, the Broncos took some major hits in personnel since winning Super Bowl 50 back in February.

For starters, both quarterbacks are gone. The legendary Peyton Manning decided to retire after 18 seasons and his second Super Bowl victory with as many teams. Making matters worse, Manning’s predecessor Brock Osweiler was lured away when the Houston Texans offered a starting job and a big fat paycheck.

On top of that, the team lost some key defensive starters. Malik Jackson and Danny Trevathan both were lured by the color green away from Denver. Additionally, offensive lineman Evan Mathis also bolted after one year.

Fortunately, the Broncos were able to keep their Super Bowl MVP Von Miller under a franchise tag and come to terms with running back C.J. Anderson.

Though, starting over from scratch at quarterback and filling the leaks left behind after the devastation of free agency isn’t exactly going to be easy.

If the Broncos don’t sign another veteran quarterback, they’ll have to be aggressive and trade up from their 31st pick in order to target a top quarterback prospect. That move would then make it harder to make moves the rest of the way during the draft to fill out the rest of the roster.

John Elway is facing his greatest test yet. 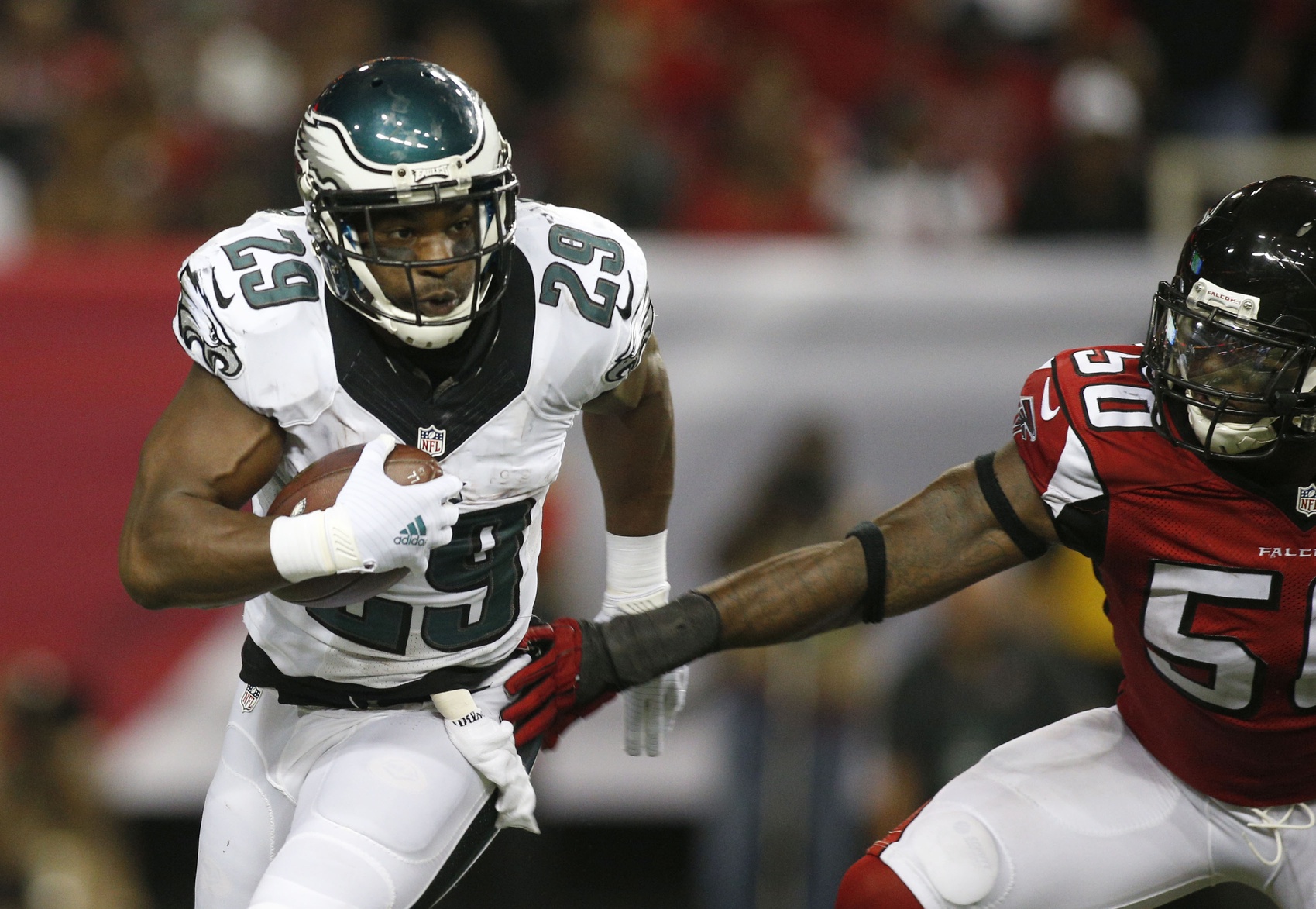 The signing of DeMarco Murray will do wonders for Mariota and the offense.

Murray arrives to Tennessee well rested after being used sparingly by the Eagles last season. And, we know what he is capable of after witnessing a jaw-dropping 2,261 total-yard season with the Dallas Cowboys in 2014.

With a true all-purpose workhorse in Murray, Mariota won’t be under constant pressure to find open receivers. Last year, the Titans ranked fourth-worst in rushing attempts, averaging only 23 per game. The team’s leading rusher, Antonio Andrews managed a meager 520 yards and three touchdowns.

A talented Murray should be a breath of fresh air.

His plan is to help lighten Mariota’s load while having fun in the process.

“I think it will be important for me to come in and take a little pressure off of him, and kind of cause guys to come in the box and open some things up and help protect him, and keep him upright. I don’t want him to have to feel like he has to throw the ball 35 to 40 times in order for us to win,” Murray said, per the team’s website.

The Titans will still be tasked with the challenge of overcoming their bottom-feeding status in the AFC South. But the free agency acquisition of Murray is a nice step in the right direction.

Loser: Miami Dolphins giving, not getting 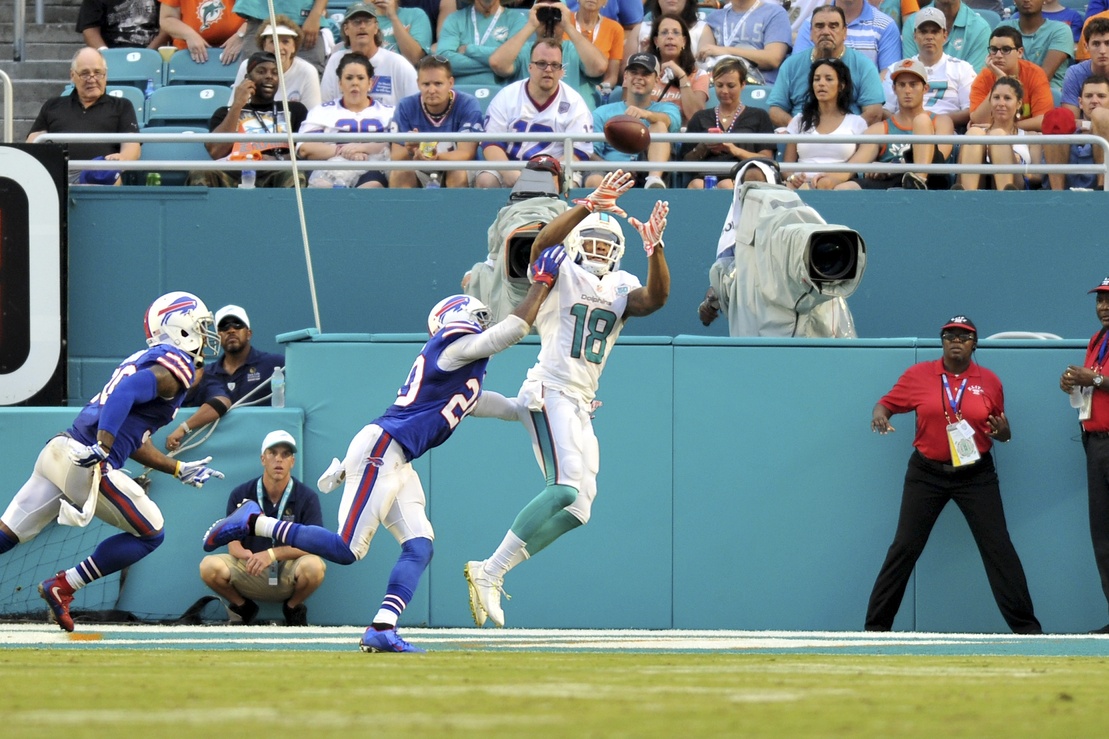 Williams arrives to Miami after posting career-lows in sacks (five), and combined tackles (19). Vernon, who signed a massive deal with the New York Giants, departs having recorded 7.5 sacks and 61 combined tackles.

Quarterback Ryan Tannehill also lost in free agency when the team didn’t re-sign do-it-all running back, Miller. Talented as a receiver, Miller caught 82 percent of his passes last year resulting in 47 receptions for 397 yards and two receiving touchdowns. Second-year back Jay Ajayi will attempt to pick up the slack.

The team is ironically looking into Arian Foster. Recently released by the same team that signed Miller, he visited last weekend in a preliminary meeting with the Dolphins.

Stripped from Tannehill also was an up-and-coming talent in Matthews who recorded 662 yards and four touchdowns in 2015.

After some head-scratching free agency moves, it will be interesting to see what position the Dolphins target with the 13th overall pick in the upcoming draft.

Winner: Houston Texans bet the farm on the fountain of youth 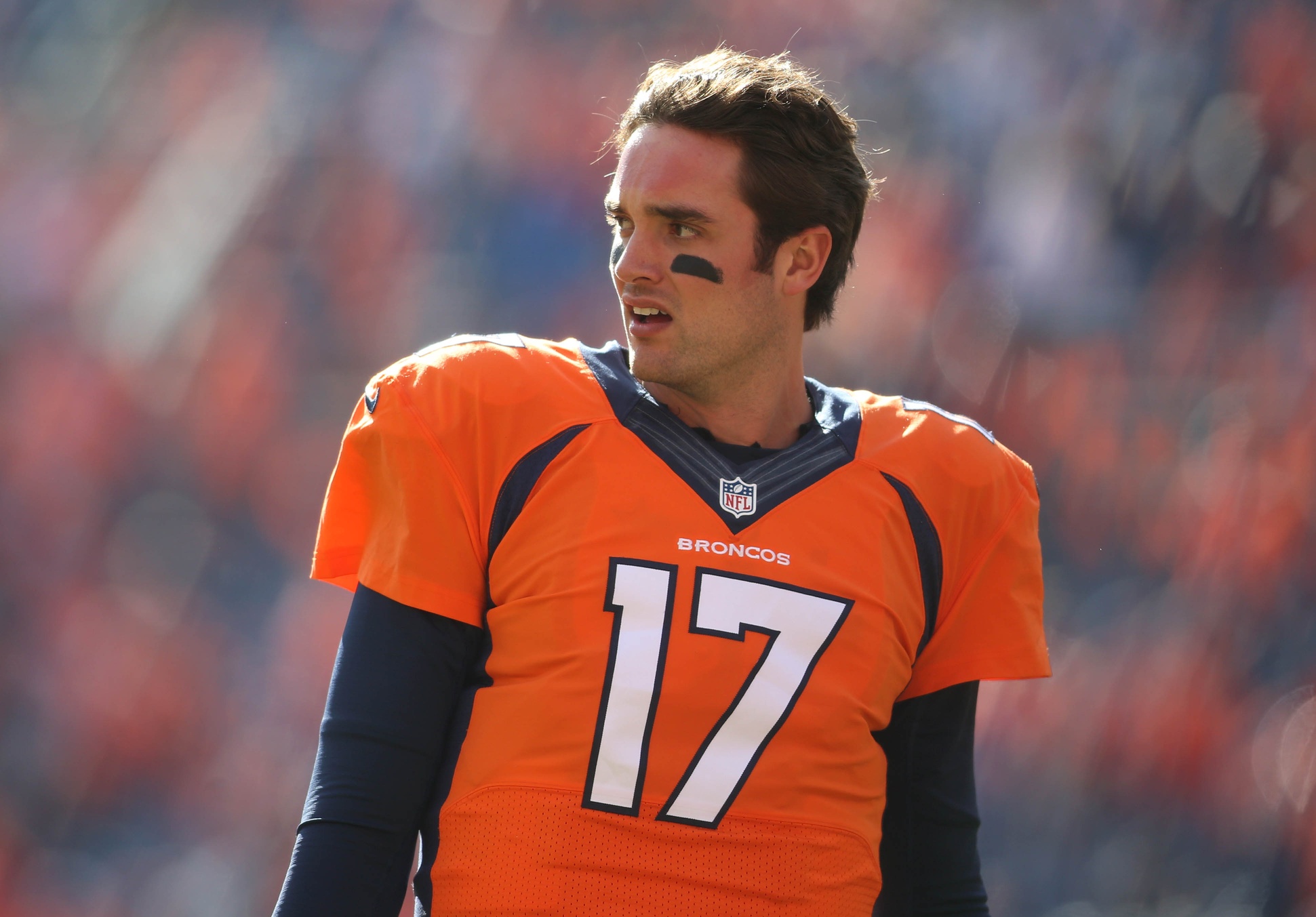 Mentioned earlier in this article is Lamar Miller (24 years old), whom the Texans wisely secured after releasing an aging and ailing Arian Foster. Paired up with Miller this fall will be an expensive investment in quarterback, Brock Osweiler, who is a mere 25 years-old.

When Osweiler hit free agency, the Texans offered top-dollar and the security of a starting role to the guy they hope will be the new face of the franchise.  Sadly, the Texans have sported a patchwork quarterback roster, playing multiple guys at the position for the past several seasons. So when they thought they had a shot they took it.

When it comes to Osweiler and Miller, Miller is a no-brainer as far as having an instant and positive impact to the Texans’ offense. On the other hand, Osweiler is a huge gamble because his sample size is ridiculously small, with just seven career starts under his belt.

Hopefully for the Texans sake, gold was struck when the team agreed to give Osweiler $18 million per year. If both players pan out, then Houston should be a top team in the AFC playoff picture, given the team’s defensive prowess. 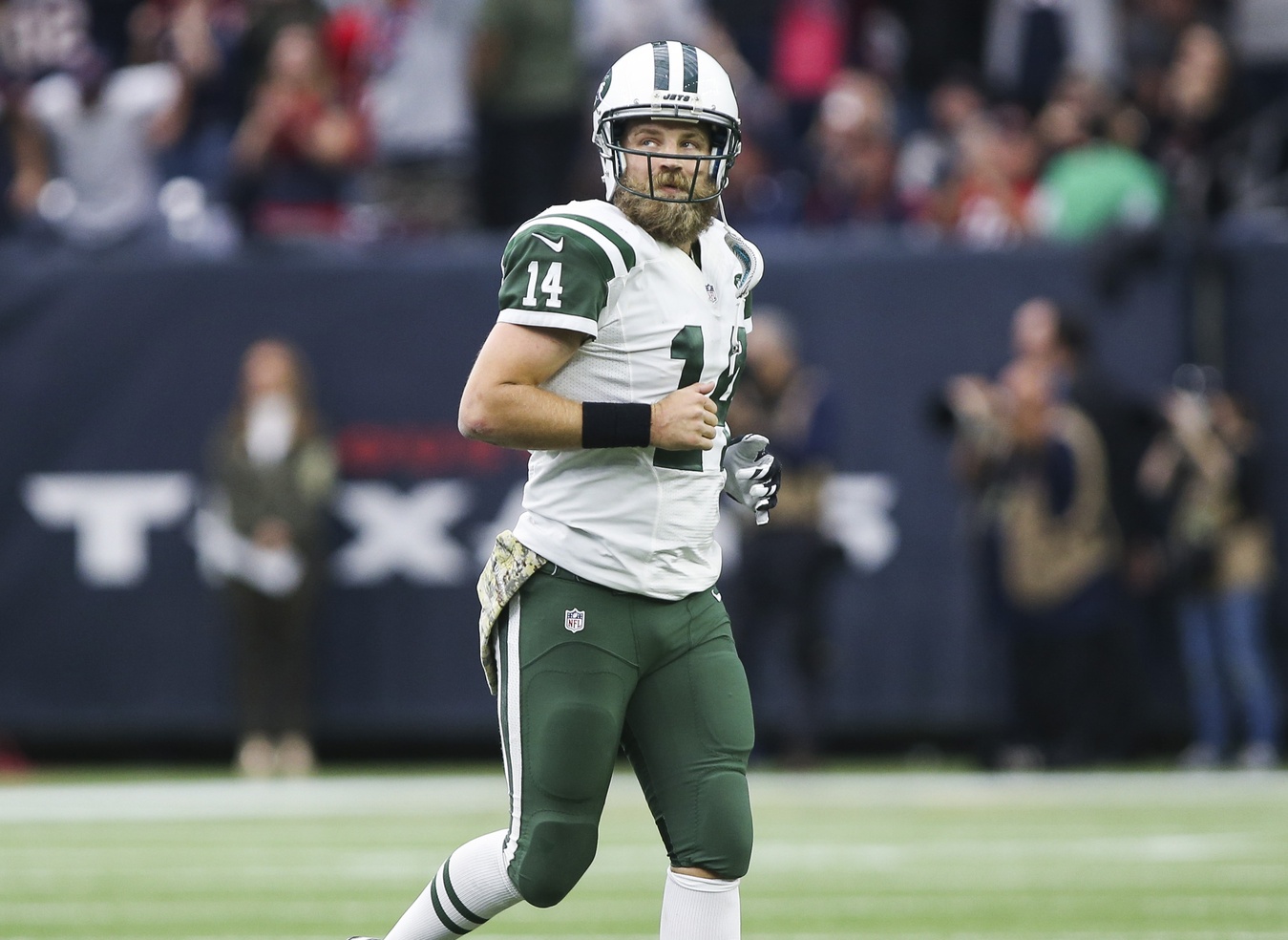 Quarterback Ryan Fitzpatrick is currently in limbo, and he might be his own worst enemy in free agency.

After posting a career-high season in yards (3,905) and touchdowns (31), Fitzpatrick has high-end dollar signs in his eyes. Unfortunately for him, the New York Jets only want to fork over backup pay to retain the services of the 33 year-old quarterback. It is reported that Gang Green offered Fitz only slightly more than Philadelphia Eagles’ backup Chase Daniel settled for which is $7 million per year.

Other teams such as the Denver Broncos have shown interest in Fitzpatrick, but they don’t have enough money to offer what he is seeking.

Considering what Osweiler was offered by the Houston Texans, some can relate to Fitzpatrick’s frustrations after a quality season.

It would appear that unless Fitzpatrick drops his price tag, he’ll remain unemployed as the months drag on. 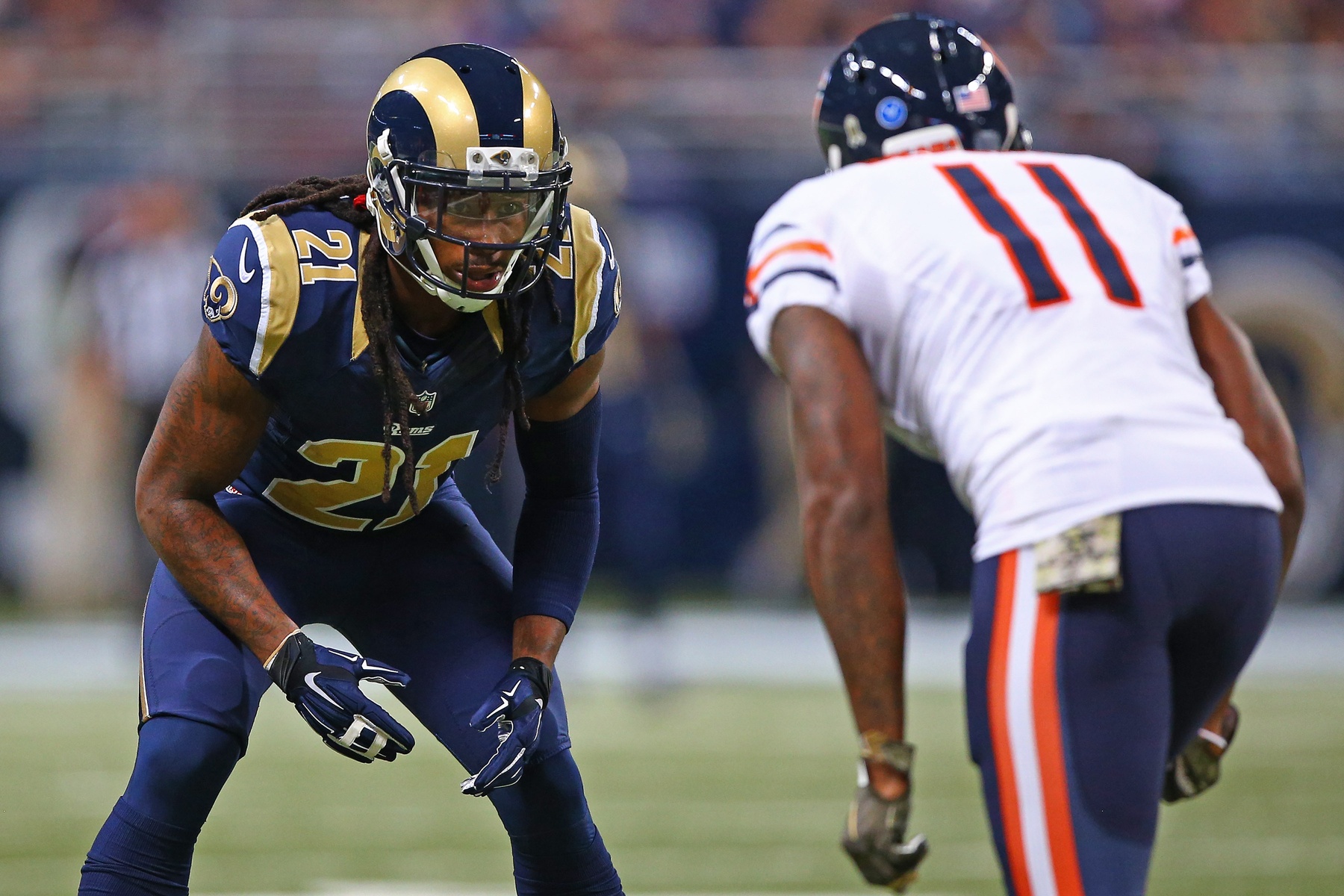 The Giants defense was one of the biggest jokes in the NFL last season. Ranked dead-last, this unit graciously ceded a ridiculous 420.3 yards and 27.6 points per game to opposing teams.

Quarterbacks playing against the Giants were having field days on a weekly basis, passing for an average of 298.9 yards per game. In a desperate situation after missing No. 1 pass rusher Jason Pierre-Paul for eight games last year, the Giants made some big-time free agency additions to their roster.

The team spent some big bucks to sign defensive end Olivier Vernon from Miami, nose tackle Damon Harrison from the Jets and cornerback Janoris Jenkins from the Rams.

The Giants also were able to retain Pierre-Paul for a reasonable cost due to his down season in 2015 after his fireworks accident that left him without half a hand. Pierre-Paul’s hand condition appears to be improving, which should be a relief to the Giants.

With Pierre-Paul in better condition, and the added enforcements, the status of New York’s defense appears to be looking up. 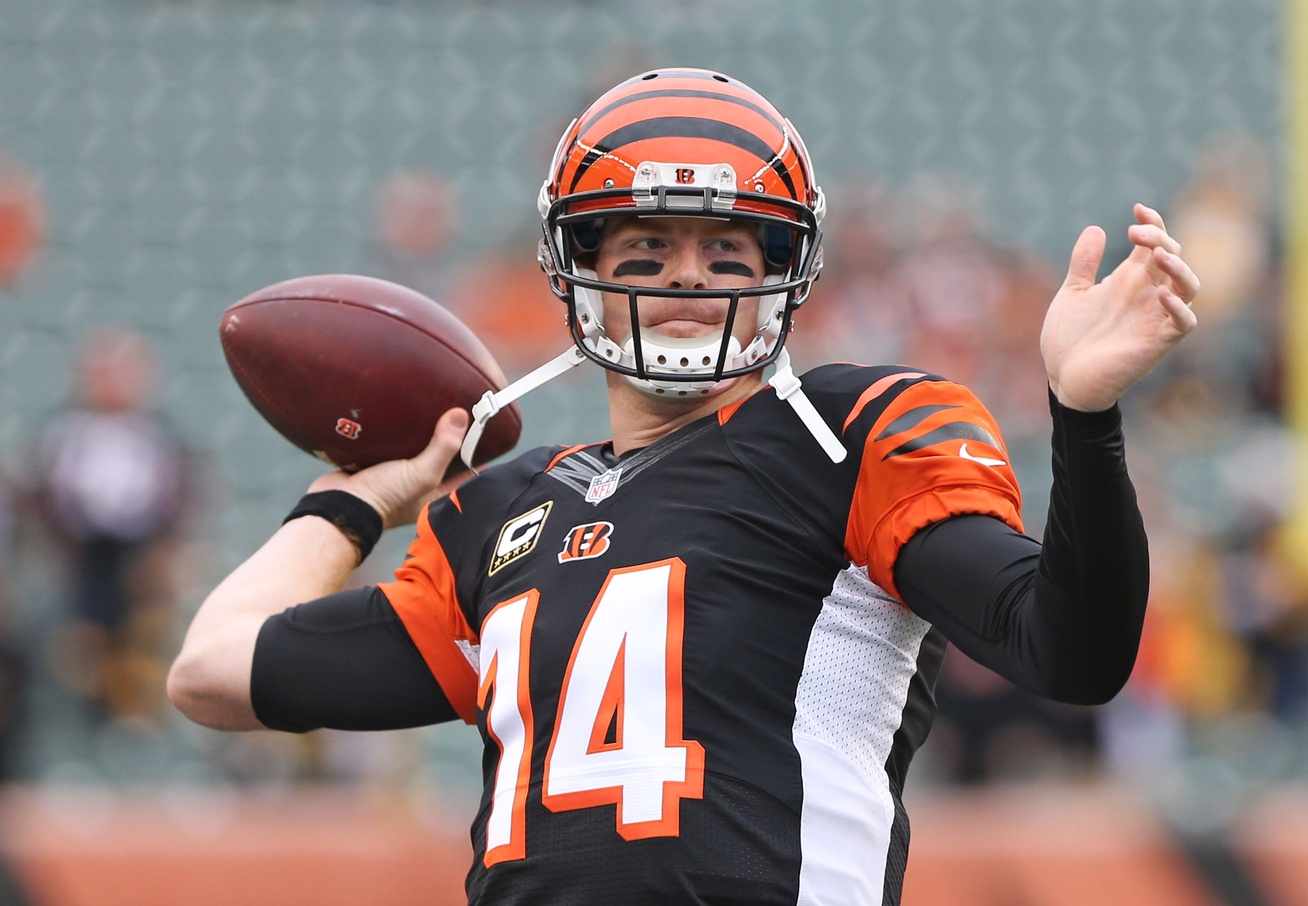 Prior to injuring his thumb late last season, Dalton was having one of his best seasons in five years. He completed a career-high 66.1 percent of his passes and recorded 25 touchdowns versus just seven interceptions in 13 games.

Now, Dalton enters 2016 without Marvin Jones and Mohamed Sanu, both of whom he has worked with since 2012.

This leaves Dalton with a group of aging or scarcely experienced guys behind A.J. Green. Fortunately, Dalton and tight end Tyler Eifert established a major connection last season. Plus, running back Giovanni Bernard will likely see an uptick in targets this year.

Equipping more weapons for Dalton is now a necessity for the Bengals. With that in mind, many believe the team will use its 24th draft pick to select a wide receiver. Thus far, the Bengals have yet to entertain the likes of a veteran free agent receiver. 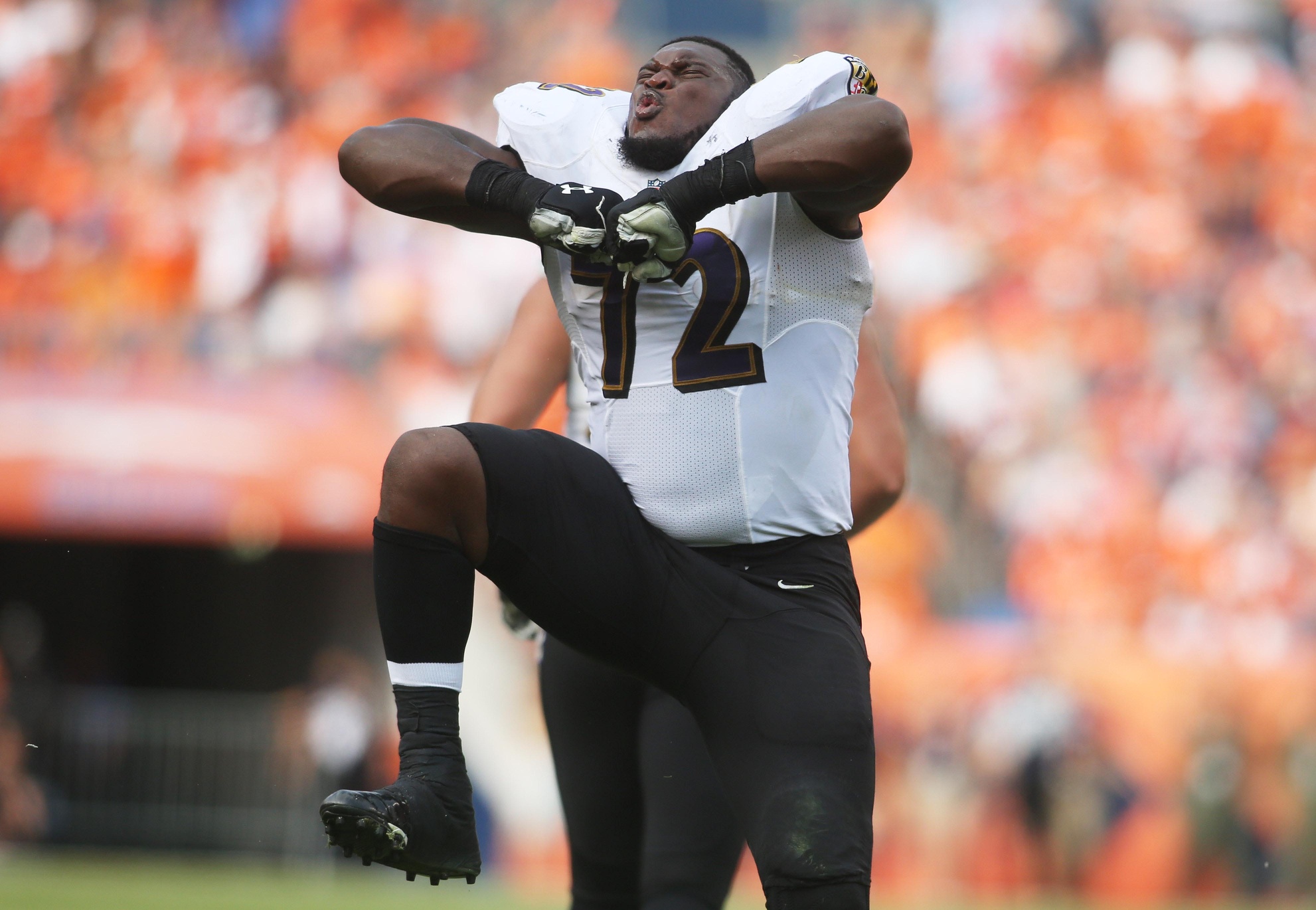 Carr is coming from an improved second year that saw him pass for 3,987 yards, 32 touchdowns and 13 interceptions. With a strong offensive line in place, Carr’s stock should be on the rise in 2016.

Things are looking up for the Raiders, whose goal will be to improve on their 7-9 record from last season. 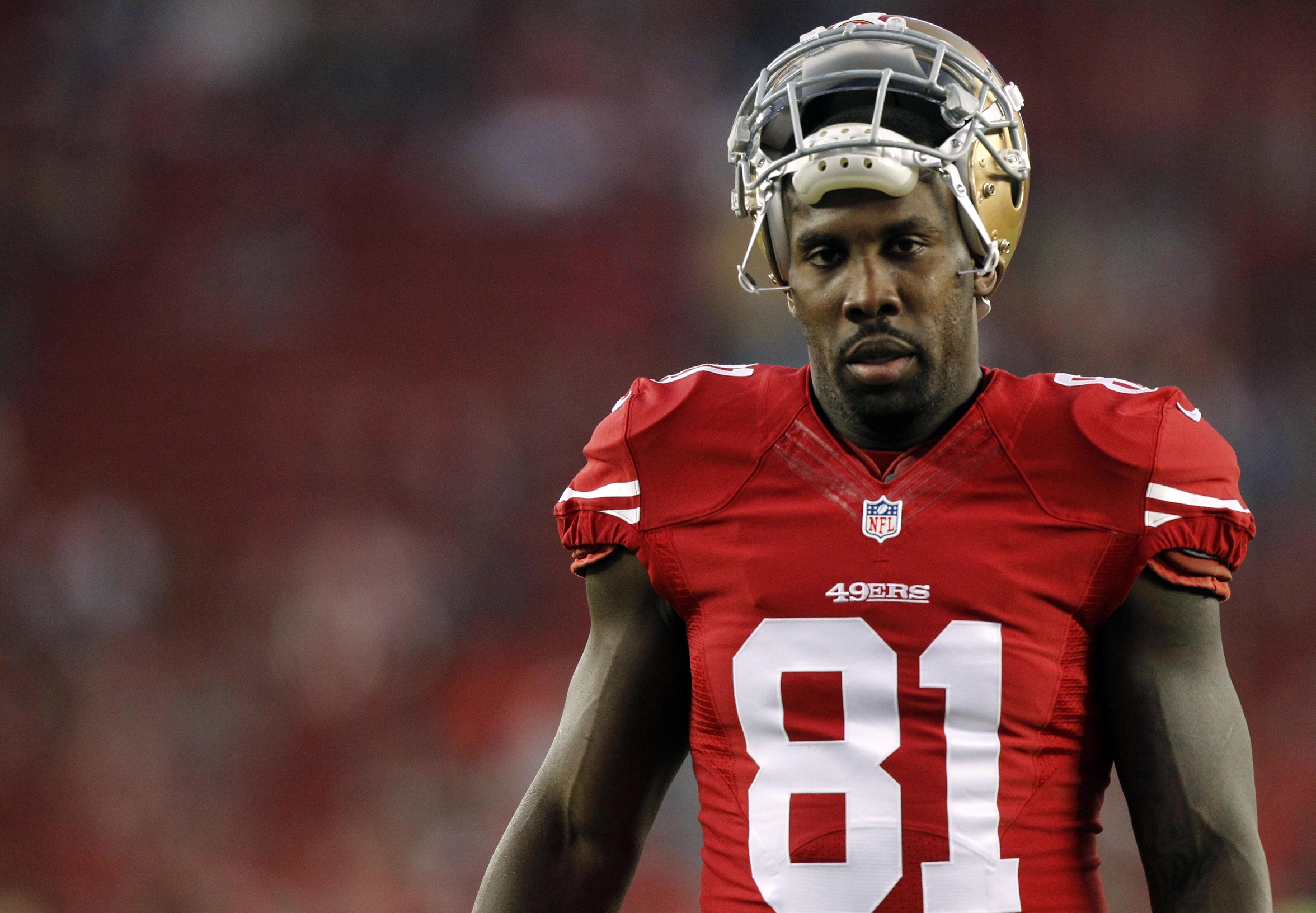 Nearly one month into free agency, many veteran wide receivers are still waiting for their phones to ring with a potential NFL suitor on the other end.

Unfortunately for them, the free agent pool consisting of receivers well-past the age of 30 is not attracting much interest. Among some of the popular names out there are guys such as Andre Johnson, Roddy White, Marques Colston, Malcolm Floyd, Greg Jennings and Wes Welker. Percy Harvin, who is only 27 still remains free as well, though he is actually debating retirement at this time.

Regarding the over-30 crowd, Anquan Boldin is the most desirable and durable after tallying 69 receptions for 789 yards and four touchdowns last season with the San Francisco 49ers. He has visited with the Washington Redskins, and if signed he would add depth beyond DeSean Jackson and Pierre Garcon.

As the upcoming months unfold, it will be interesting to see if any teams in need reach out to the elder class of free agent receivers.