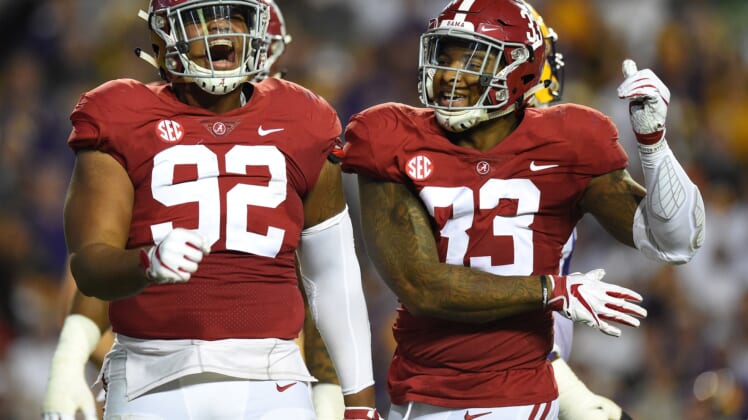 Judging by secondary ticket market prices, fever for the CFP Championship Game between Alabama and Clemson is not exactly at an all-time high.

According to Ticket IQ, CFP Championship Game tickets on Wednesday were going for as low as $179. That’s the lowest total this decade.

At a $179 'get-in' price, the 2019 #Nationalchampionship is now lower than BAMA-CLEMSON 1⃣ in 2016 and cheapest title game this decade ? Low Price Guarantees ?️? https://t.co/KXq4epVOij pic.twitter.com/qrxXJh1Xsi

To an extent, this is surprising. This is the first time since Auburn defeated Oregon in January, 2011 that the National Championship Game matched two undefeated teams. But there are plenty of reasons for this.

One is that these schools have each been in the last four College Football Playoffs (Alabama has been in the last five. That’s a lot of money for fans of the schools to spend on tickets every year. In this case, the game is across the country and in a very expensive region. That’s even more of a turn off.

For the casual fan, these two team have met in the playoffs in each of the last three years, with two coming in the National Championship Game. That’s going to bring an element of fatigue. Additionally, the Bay Area is not particularly frenzied about college football, especially in a matchup between two teams from the Southeast.

Local fans might also be turned off by the fact that the game is set to start in the middle of rush hour at a stadium that’s hard to get to, even in ideal traffic situations.

So, it’s not surprising that tickets re going for this low. We also wouldn’t be surprised to see rates fall even more before Monday’s game.