Yankees suffer another injury, Aaron Hicks to have MRI 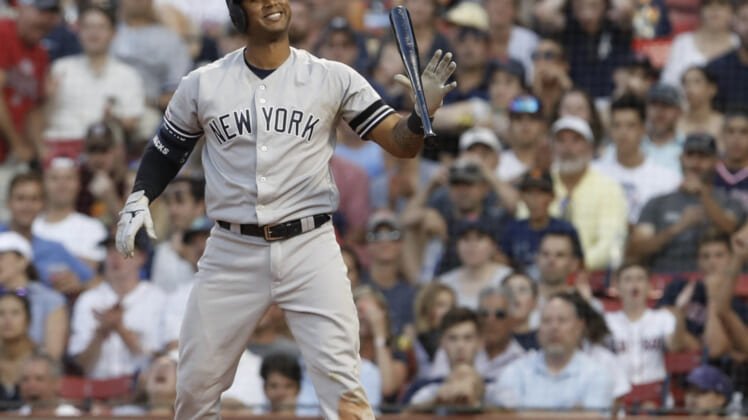 The New York Yankees were dropping like flies during their doubleheader against the Boston Red Sox on Saturday.

Game 1 saw power hitter Edwin Encarnacion go down with a fractured wrist after behind hit by a pitch.

If that weren’t bad enough, outfielder Aaron Hicks was removed from the second game with an elbow injury. Hicks suffered said injury on a throw to third base, manager Aaron Boone noted after the game. He’ll have an MRI on Sunday.

It goes without saying that New York’s depth is now going to be tested big time. One has to wonder if former top prospect Clint Frazier will get the call to the big league club depending on the severity of Hicks’ injury.