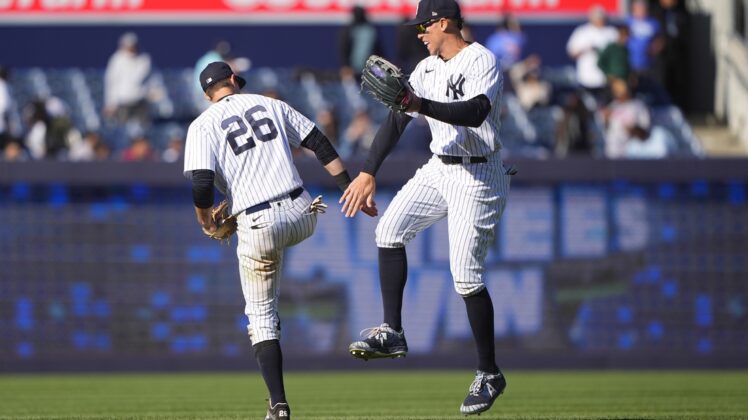 The rivalry doesn’t carry the weight it did in the late 1970s and early 1980s, when the two clubs played for the American League championship four times. But whenever the New York Yankees and Kansas City Royals play a series, it’s one of the biggest of the season for Royals fans.

The Yankees will travel to Kansas City on Friday night for the first game of a three-game series.

The Yankees have won six straight games, all at home, and eight of their last nine. They defeated the Baltimore 10-5 Thursday to complete a three-game sweep of the Orioles.

The Royals scored three times in the 10th inning Thursday to defeat the White Sox 5-2 and claim their first road series of the season.

The Yankees have the best record in the American League, but they’ve played 13 of their 19 games at home. They’re only playing .500 ball away from Yankee Stadium.

Cortes has pitched well in all three starts despite not getting a decision. He didn’t allow a run in his first two starts. In his most recent start, he allowed two runs in 6 1/3 innings against Cleveland.

“I thought he was really sharp today,” Yankees manager Aaron Boone said. “There was the one mistake to (Josh) Naylor, but otherwise, even when he was missing, it was just off where he wanted it. I felt like he was really pinpoint with his command, efficient and working fast. And then he ends up turning that amazing play over there at first.”

Cortes is 0-1 with a 2.92 ERA in three appearances (one start) against the Royals in his career. His high strikeout rate (14.4 per nine innings) in 2022 would be best in the league if he had enough innings pitched.

The Yankees have dominated the rivalry with the Royals recently.

The last time the Royals won a season series was in 2014, when KC claimed a 4-3 edge. Only once since the unbalanced schedule has been in place — beginning in 1994 — has Kansas City won two games more than the Yankees. That was in 1994 when KC went 4-2 against them.

Bubic has struggled from the outset of 2022. He didn’t get out of the first in his first start. He was better in his second outing, allowing one run on two hits in 4 1/3 innings, but six walks drove up his pitch count.

In his last start, against Seattle, he allowed five runs on seven hits in just two innings.

“I put the team in another bad spot,” Bubic said after the start. “As frustrating as it is and as frustrating as it has been so far for me, I’ve just got to keep moving forward and put this one behind me. Just keep working and move forward. That’s really the only choice I have.”

Bubic has never started against the Yankees. In fact, he’s only faced them once, and he didn’t allow a hit in 2 1/3 innings of relief.