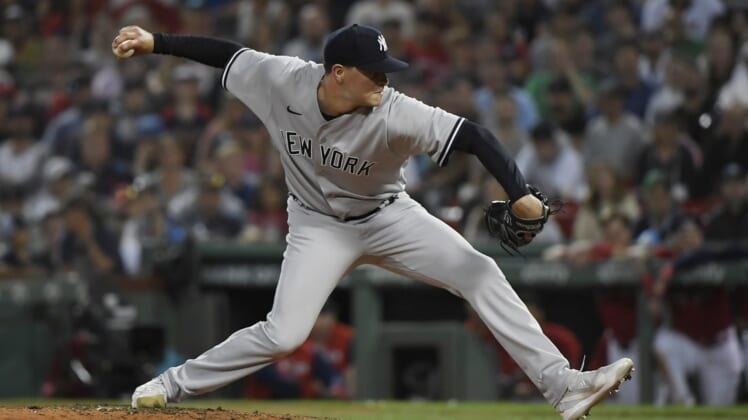 Effross was one of several players the Yankees acquired before the trade deadline earlier this month. They dealt minor league right-hander Hayden Wesneski to the Chicago Cubs to land Effross before also getting fellow pitchers Frankie Montas and Lou Trivino from the Oakland Athletics.

Effross has a 3.24 ERA over eight appearances for the Yankees, finishing two games and picking up one save. In two career seasons split between Chicago and New York, Effross is 3-5 with a 2.96 ERA and two saves with 76 strikeouts thrown over 67 innings.

Schmidt has pitched in 16 games, including one start, for New York this season. He is 4-2 with a 2.40 ERA and two saves in his third season with the club.