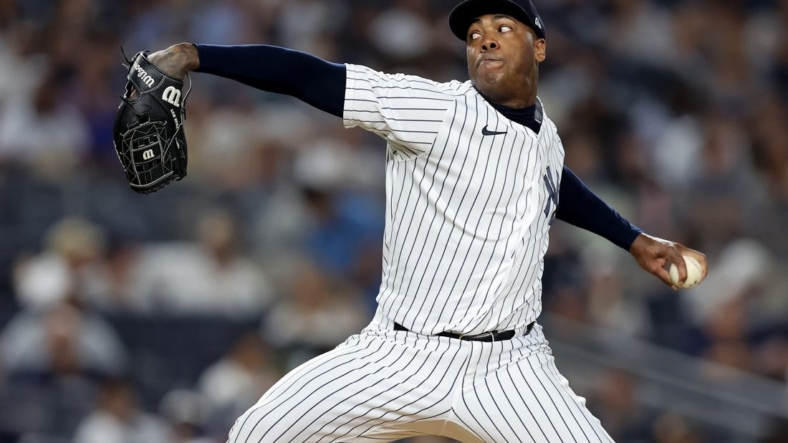 The New York Yankees placed relief pitcher Aroldis Chapman on the 15-day injured list Saturday evening after a recent tattoo caused an infection in his leg.

Chapman, 34, hasn’t appeared in a game for New York since Aug. 19, when he gave up a run on two walks and a hit in 1/3 of an inning. The slumping left-hander previously lost the Yankees’ full-time closer job and also spent a stint on the IL earlier this year with an Achilles injury.

Manager Aaron Boone said it didn’t upset him that Chapman required an IL stint at this point in the season for something unrelated to baseball.

“It’s a personal choice,” Boone said. “Usually it’s a safe thing, but he has to deal with it, unfortunately.”