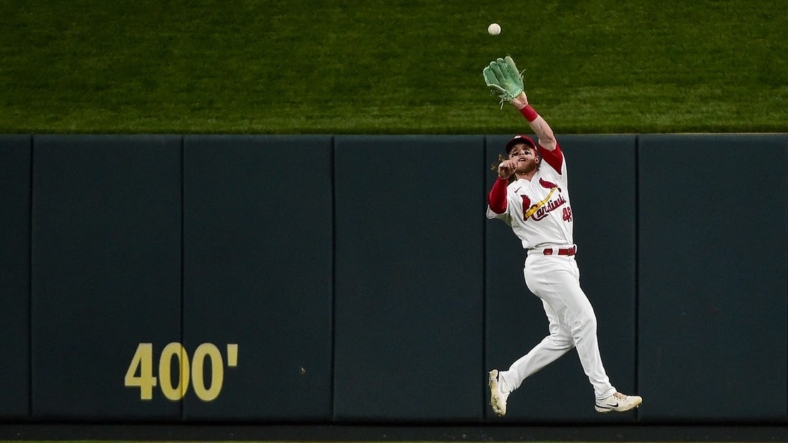 Acquired by New York in a trade-deadline deal that sent pitcher Jordan Montgomery to the St. Louis Cardinals, Bader hasn’t played since June because of plantar fasciitis. But manager Aaron Boone said Bader will join Double-A Somerset on Sunday to begin his rehab assignment.

Boone said Bader will need at least a week of preparation before he can join the Yankees, who have targeted the start of a homestand on Sept. 20 against the Pittsburgh Pirates for his return.

The Yankees, who are struggling to hold on to their once-massive lead in the American League East during the season’s stretch run, could use an infusion in the outfield.

Andrew Benintendi, another newly acquired outfielder, is out with a broken wrist. And Aaron Hicks has struggled, pulled mid-game by Boone after two blunders on defense led to three runs in Friday night’s 4-2 loss to the Tampa Bay Rays.