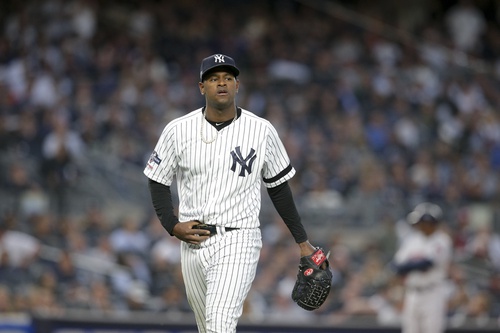 Severino reported experiencing pain when he threw his changeup in spring training, an issue that dates back to the 2019 postseason. After undergoing initial tests on Friday, Yankees manager Aaron Boone announced that Severino will see specialists for further evaluation of the injury.

It’s a significant blow for a team that could already be without starting pitcher James Paxton for the first months of the regular season. After originally planning for J.A. Happ to be the team’s No. 5 starter this year. The 37-year-old will now be the Yankees’ No. 3 starter coming off a season with a 4.91 ERA.

New York will also be without starting pitcher Domingo Germán for the first 63 games of the season. The 27-year-old must serve the remainder of his 81-game suspension for violating MLB’s domestic violence policy.

Now with Severino’s availability for the upcoming season in doubt, a once-dominant rotation looks shaky. As spring training gets rolling, the Yankees will need two pitchers to step up and earn rotation spots then carry over their success into the season.