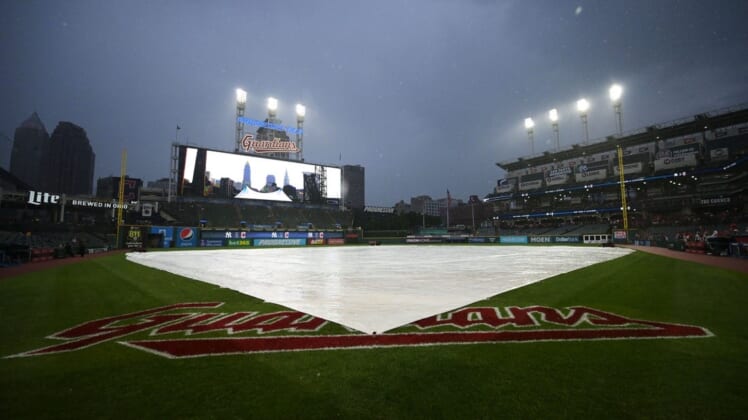 The Cleveland Guardians’ home game against the New York Yankees on Friday night was postponed due to inclement weather.

The teams will return to the ballpark early Saturday for a split doubleheader. Game 1 will be played at 12:10 p.m. ET before Saturday’s originally scheduled game at 6:10.

Mother Nature has not been kind to the Guardians this year. Friday marks their 10th postponed game this season, nine owing to weather and one due to positive COVID-19 tests. Eight of Cleveland’s nine rainouts have been home games.

Starting pitchers for the doubleheader were not yet known. Yankees ace Gerrit Cole (6-2, 2.99 ERA) was scheduled to start Friday night’s game against Cleveland’s Aaron Civale (2-4, 7.20 ERA).