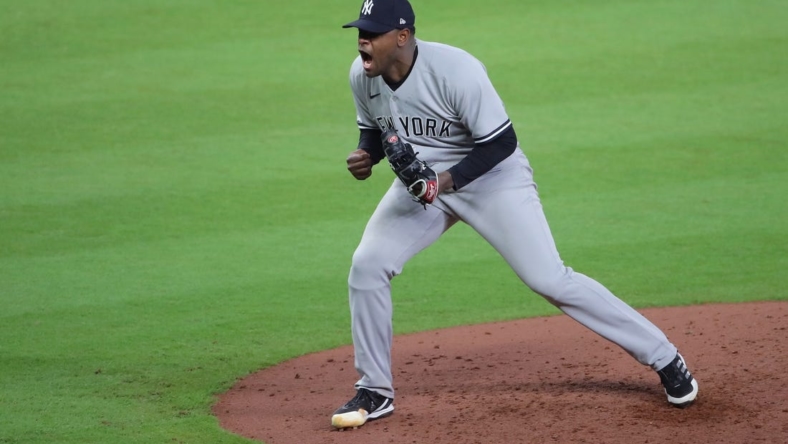 As team president Brian Cashman promised, the New York Yankees exercised their 2023 option on right-hander Luis Severino, who will be paid $15 million next season.

Severino, 28, signed a four-year contract in 2018 worth $40 million plus the team option for 2023. He becomes a free agent after the World Series next November.

In his first full season since Tommy John surgery in 2020, Severino missed time due to a lat injury that forced him to the 60-day injured list.

Cashman said last week it was an “easy decision” to pick up Severino’s option.

Twice a top-10 finalist for the American League Cy Young Award before his injury, Severino turns 29 in February and has pitched a total of 120 innings since his surgery.

Montas, 29, is returning from a shoulder injury that limited his availability following New York’s move to bring him on board from the Oakland Athletics at the trade deadline.