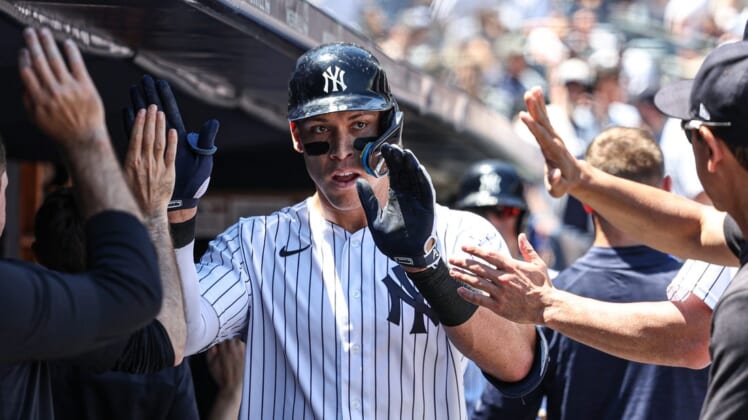 Judge and Acuna secured their spots early as the leading vote-getters in the American and National Leagues, respectively, through the first phase of voting that ended Thursday.

Judge, 30, is an All-Star for the fourth time in his career. He leads the majors in home runs (29) and runs (62) through 74 games entering the Yankees’ Thursday evening game against the Houston Astros. He is batting .290 — on pace to set a career high — and has added 59 RBIs.

Acuna, 24, was named to his third All-Star Game. Acuna is batting .281 with seven home runs, 18 RBIs, 28 runs and 13 stolen bases through 43 games this year. He hasn’t played since Saturday due to a bruised left foot but was expected to return to the Braves’ lineup Friday.

The second phase of fan voting will determine the rest of the starters for each league out of the list of finalists MLB revealed Thursday. That phase will begin July 5 and close on July 8 at 2 p.m. ET. The Braves (counting Acuna) and Toronto Blue Jays led the league with six finalists apiece.

Fans’ ballots will decide nine starters for each team — eight fielders and a designated hitter. All pitchers and reserves are set to be determined by a combination of players’ votes and commissioner Rob Manfred’s selections.

The All-Star starters will be announced July 8 and the full teams will be revealed July 10, with the game set for July 19 in Los Angeles.