The loaded 16-game NFL schedule in Week 13 was fraught with poor quarterback play.

Featuring a smattering of the league’s top signal-callers and some of its worst, this is an eclectic group of offensive leaders who all wish they could wake up and do it all again.

Playing at home against one of the league’s worst defenses, you’d expect a better performance out of Cutler. The 49ers didn’t allow a single touchdown pass all game, and Cutler barely got past the 200-yard barrier through the air. Instead, it was Blaine Gabbert who thrived this day, leading a 26-20 overtime victory on a perfect throw to Torrey Smith, who went 71 yards for the game-winning score.

Cutler did manage to connect on a couple signature downfield darts, but he was kept well in check by the league’s 28th-ranked pass defense in a game Chicago had to have.

Worse still was Cutler’s greatest error, which in hindsight cost the Bears the ball game.

This pick-six by Jimmy Ward allowed the 49ers to shift the momentum on the road — a fatal mistake — and the Bears never re-gained it.

Watching Carr work this year, it’s evident he is developing into one of the next-generation stars at the quarterback position. However, by no means is he a polished player. Next year he should have a much firmer grasp on what opposing teams are trying to do to him, but right now he’s still not quite there yet.

Sunday’s game against a downright nasty Kansas City Chiefs defense was one of those “learning experience” moments for the young quarterback. He fought hard and made plenty of good plays, but he also threw three interceptions — including a pick-six by Tyvon Branch — that were returned for a combined 162 yards and that resulted in 21 points for the Chiefs.

Tyvon Branch makes a diving INT, gets up and takes it back to the HOUSE! #KCvsOAK https://t.co/YF0JWdIC2h

Those kinds of mistakes are unacceptable, and Carr knows this. He will learn from this and get better, but this one’s going to sting. Now at 5-7, Oakland is two games behind the wild card leaders with four games to play.

For the second time in three games, Rivers failed to throw a touchdown pass. The common denominator in both of those games? Kansas City and Denver both feature dynamic front sevens that can rush the passer.

Rivers didn’t have much time to throw on Sunday against the Broncos. Von Miller, Shane Ray and Shaquil Barrett — a tremendous group of young, talented pass-rushers — all logged at least one sack and had the quarterback on the run most of the game.

And the one interception given up by the veteran was costly. Linebacker Danny Trevathan took advantage of a terrible by Rivers, intended for tight end Antonio Gates, and bolted 25 yards to the end zone.

That one score alone would have won the game for the Broncos. The Chargers only generated three points all game long, losing 17-3, allowing Brock Osweiler to move to 3-0 this season in place of the injured Peyton Manning.

The season has completely unraveled for Mike McCoy, and the Chargers are now at 3-9 heading into the final quarter.

Up 20-10 in the fourth quarter, down at the four-yard line of the New York Jets, Manning lost his mind throwing into double-coverage instead of throwing the ball out of the end zone. The Jets dialed pressure up the middle and Manning panicked, throwing right to safety Rontez Miles, who hauled in the ill-advised pass and turned the game upside-down.

It was as momentum-killing as any single play all weekend, and the Jets took full advantage of the gift.

The Giants continue to shoot themselves in the foot this season. This was just another in a long line of late-game mistakes by Manning and head coach Tom Coughlin, who really needs to be fired at the end of the season, regardless of the team’s playoff status.

Only Matt Ryan and Eli Manning with 4, have more red zone interceptions than Tom Brady this season.. who has 3 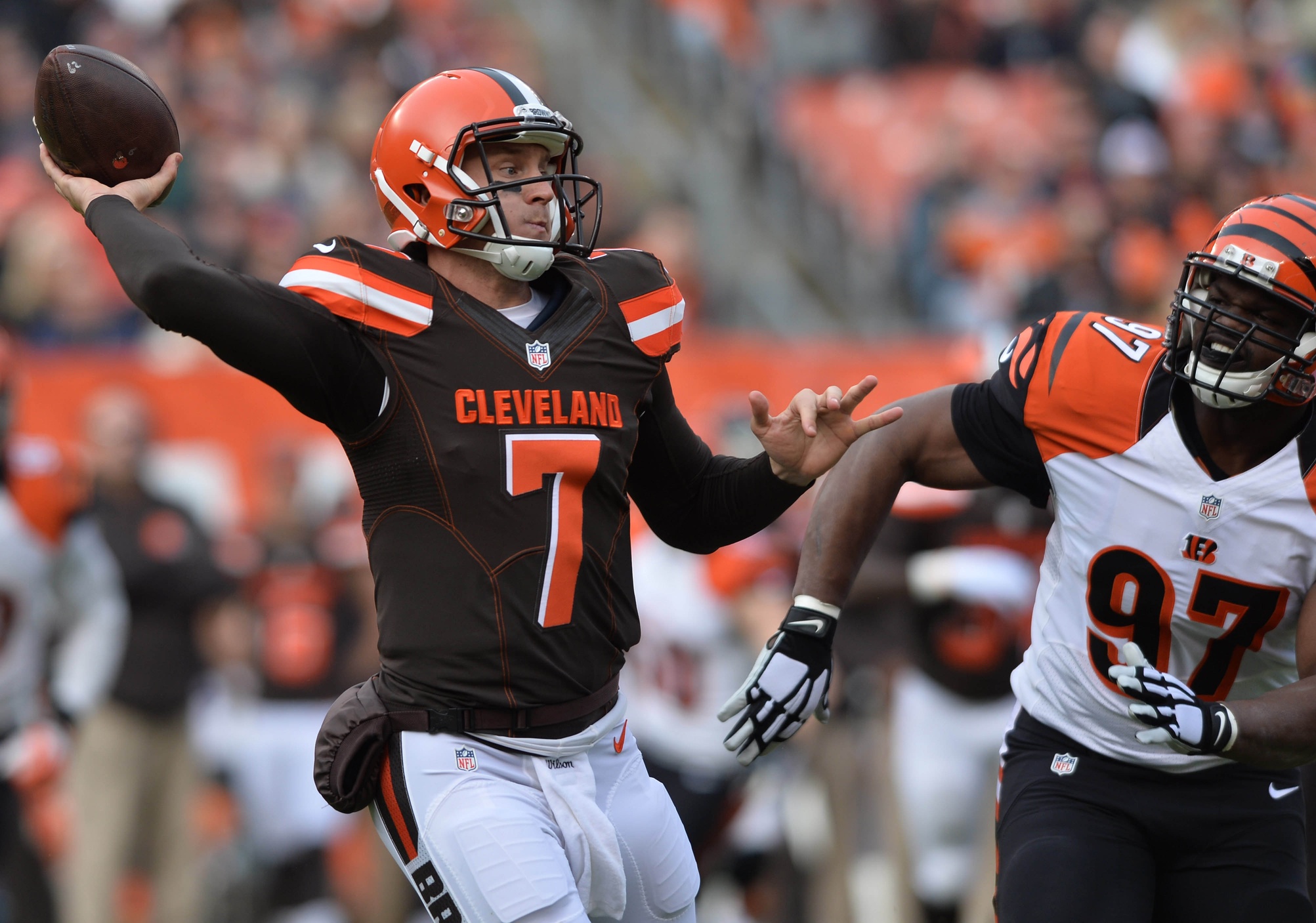 Shockingly, a guy with a career 3-5 record couldn’t get the job done against one of the league’s best defenses.

Cincinnati laid waste to Cleveland Sunday, winning in blowout fashion, 37-3, and Davis couldn’t get the ball into the end zone. Let’s be fair to the quarterback, however, and point out Davis’ performance was in no way the big reason the Browns lost the game. No, that was a team effort.

Davis did manage to complete 65.8 percent of his passes and converted 10 first down throws. It wasn’t a horrible performance, but it wasn’t productive where it counts on the scoreboard. His lone interception led to three points for the Bengals, who took a 20-0 lead in the second quarter and put the game away early.

On that note, the interception was made by Reggie Nelson, who now has seven to lead the league.

Remember when Schaub used to be good? Seems like a long time ago. Now, instead of throwing touchdown passes on the regular, he’s the king of pick-sixes.

Matt Schaub has thrown a pick-six in six of his last nine starts.

Schaub did it again on Sunday playing for the Ravens against the Miami Dolphins when he had his pass batted by defensive lineman Derrick Shelby, who tracked it down and ran it back 22 yards for the score. It was an unconventional play, but perhaps Schaub’s pick-six magic is getting powerful enough that we’ll start seeing defensive linemen get into the action more often.

Finishing with 308 yards and a touchdown, it wasn’t all bad for the veteran, but he did throw another interception to finish with two.

The Ravens dropped to 4-8 after losing to the Miami Dolphins, 15-13. Schaub is the team’s best option the rest of the way after starter Joe Flacco was lost for the season with a knee injury. Sorry, Ravens fans. It’s not getting better any time soon. 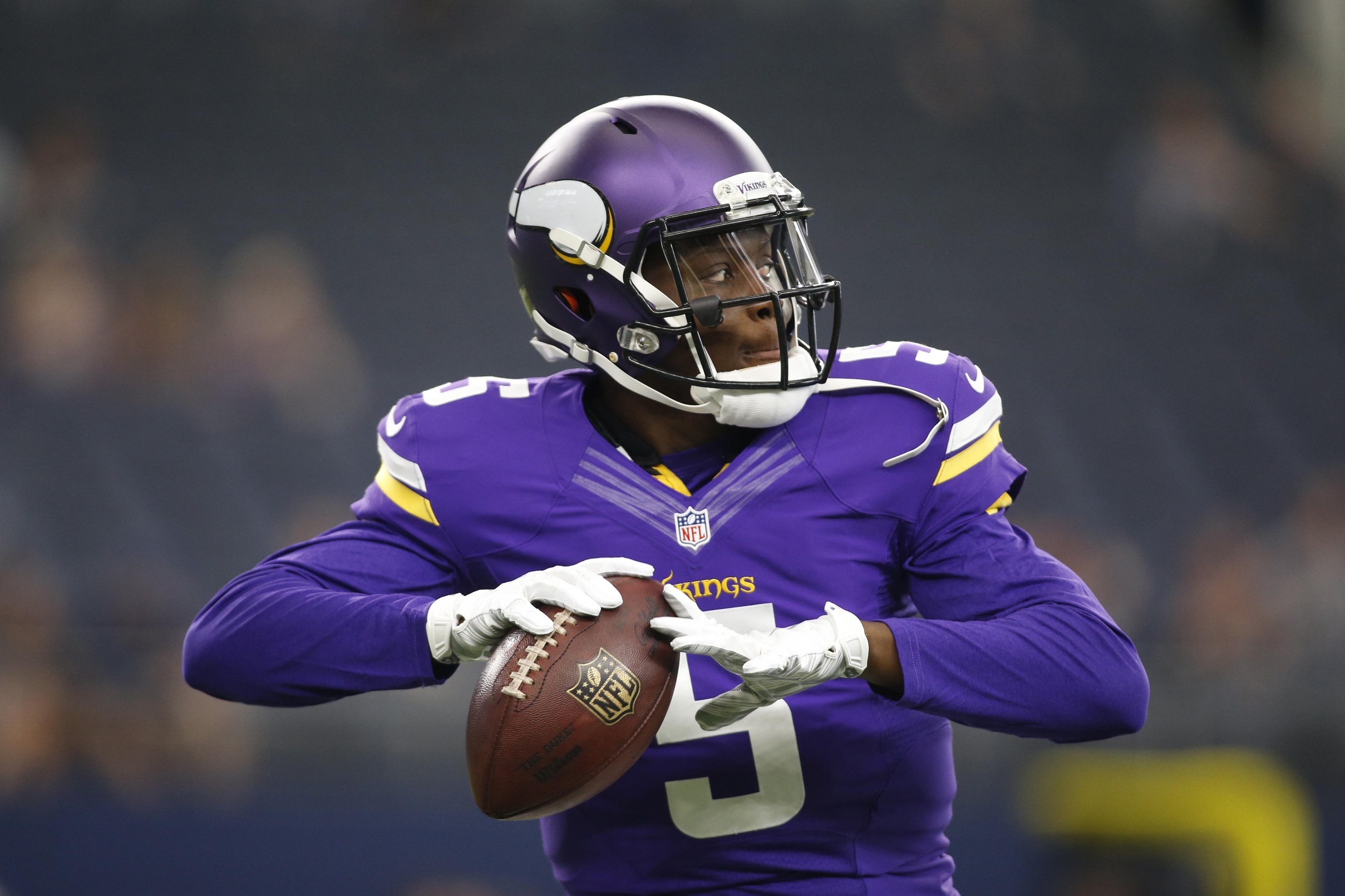 It might be a couple of days before Bridgewater gets out of bed without a physical reminder of the pain inflicted by Seattle’s defense on Sunday. The second-year quarterback was pummeled by the Seahawks, getting sacked four times and hit seven more times.

It didn’t help his cause that Bridgewater’s receivers were completely outmatched by the Legion of Boom secondary. Earl Thomas came away with a 25-yard interception at the end of the first half that Russell Wilson immediately turned into a 20-yard touchdown pass to Doug Baldwin.

The rout was on.

The Seahawks wiped the field with the Vikings, walking out with a 38-7 victory.

Bridgewater managed to gain just 118 yards on 17-of-28 passing. He had the interception and also lost a fumble. The entire offense was shut down to the tune of just 125 yards and nine first downs. It was an embarrassing beat down in which Seattle asserted its dominance in a brutal, decisive manner.

Worst. Quarterback. In. The. NFL. Period.

Foles is a weekly resident here on this list when he plays, and Sunday’s performance against the NFC West-leading Arizona Cardinals was actually decent when measuring against his past failures. The reason for this is that the passer only threw one interception, compared to the three on his docket last weekend and the four he threw against Green Bay earlier this year.

Still, it’s impossible to ignore how bad Foles was in a 27-3 loss to the Cardinals. Completing just 15-of-35 passes (42.9 percent) for 146 yards, his noodle arm once again offered nothing more than lame ducks on long passes.

It seems so wrong to say this, but Case Keenum should be a significant upgrade when he comes back in Week 14 after missing two games with a concussion. Apparently Rams head coach Jeff Fisher agrees with this assessment, too.

This is sad news for Todd Gurley fantasy owners, who have seen his production drop off a cliff the past handful of games as opposing teams have honed in on what the Rams can and cannot do offensively. 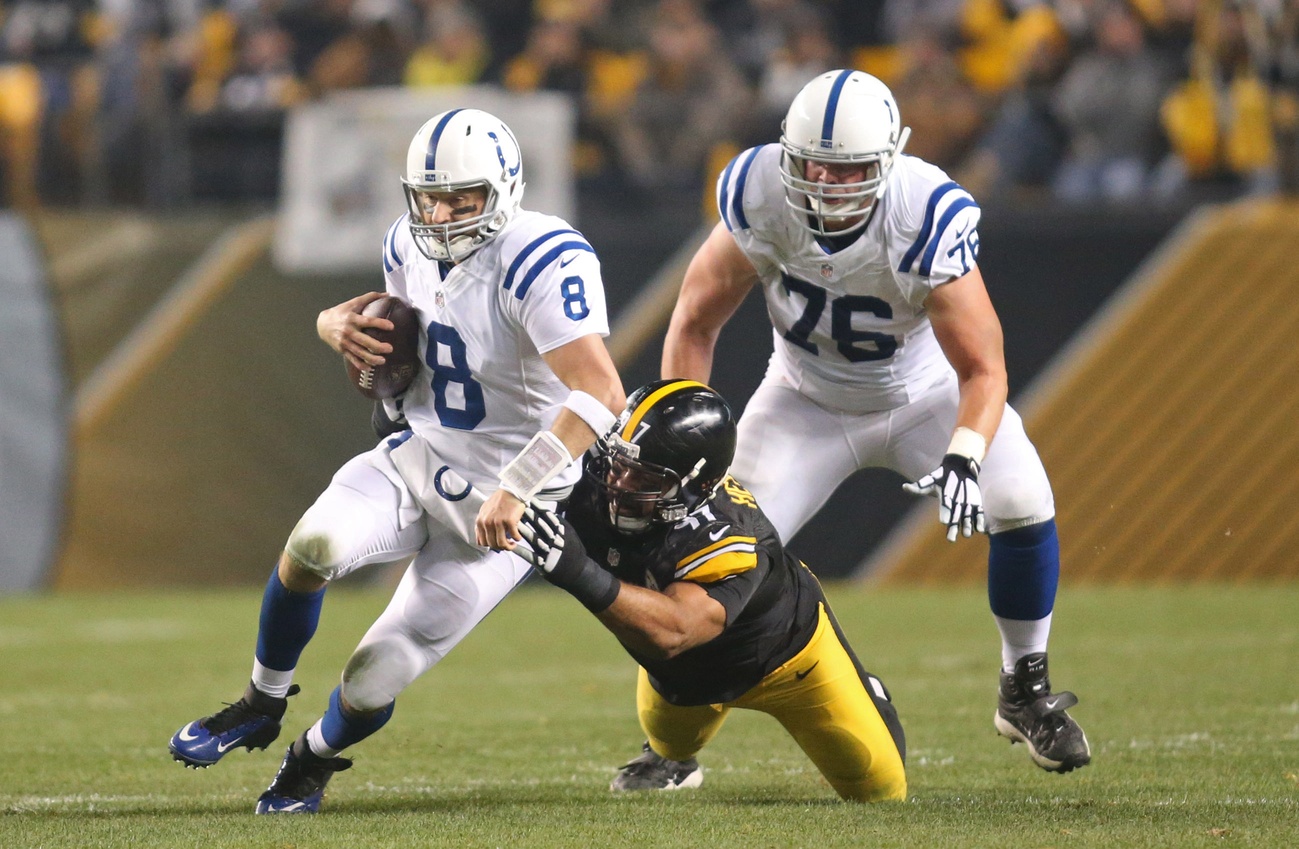 After winning four straight games as the starter in place of Andrew Luck, veteran quarterback Hasselbeck struggled through his worst performance of the year in an embarrassing 45-10 loss to the Pittsburgh Steelers on Sunday Night Football.

His night started on an ominous note. The Steelers fumbled the opening kickoff, setting up Indy perfectly to take an early lead with the ball at Pittsburgh’s 11-yard line. Three plays later, though, Hasselbeck threw the ball right to linebacker Jarvis Jones, who was lurking in the middle and intercepted the pass.

Not long afterwards, he threw another interception to cornerback Brandon Boykin, setting up Pittsburgh for a field goal and an early 6-3 lead. The game quickly spiraled out of control from there. Ben Roethlisberger started connecting with his big-play receivers late in the second quarter and finished with four touchdowns on the night.

Hasselbeck, on the other hand, only managed one touchdown, which he threw in the second quarter, and his two interceptions. He finished the game with 169 passing yards before being replaced by Charlie Whitehurst late in the game.

Maybe all that talk of Hasselbeck being a better option for the Colts over Luck can be put to rest now.