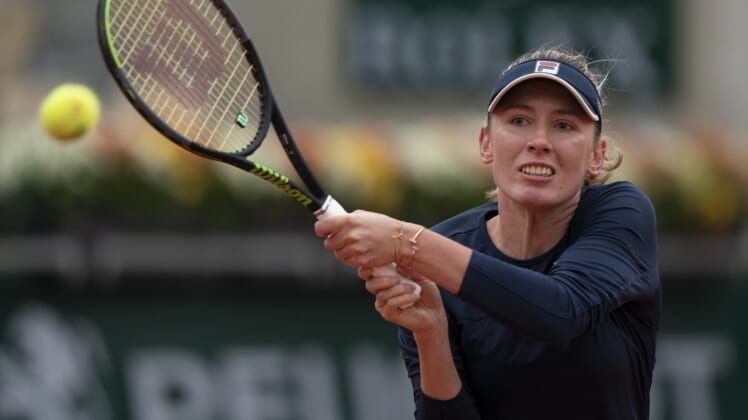 Russia’s Ekaterina Alexandrova reached the VTB Kremlin Cup semifinals with a 6-3, 6-4 upset of No. 1 seed Aryna Sabalenka of Belarus on Friday in Moscow.

Alexandrova tallied 21 winners and 17 unforced errors and only lost her serve one time. It was her sixth career win against a top 10 player and her third against a top-five foe.

Alexandrova reached her third career WTA 500 semifinal and will face third-seeded Maria Sakkari of Greece, a 6-4, 6-4 winner over No. 8 Simona Halep of Romania.

Saturday’s other semifinal pits No. 9 seed Anett Kontaveit of Estonia against unseeded Marketa Vondrousova of the Czech Republic. Kontaveit struck six aces in a 6-1, 6-1 upset of second-seeded Spaniard Garbine Muguruza, while Vondrousova eliminated No. 4 seed Anastasia Pavlyuchenkova of Russia 6-4, 6-2.

Fourth-seeded Camila Giorgi of Italy, the only seeded player remaining, never faced a break point and cruised to a 6-1, 6-1 win over Arantxa Rus of the Netherlands in the quarterfinals in Tenerife, Spain.