Wrestlemania 36 changes: All you need to know 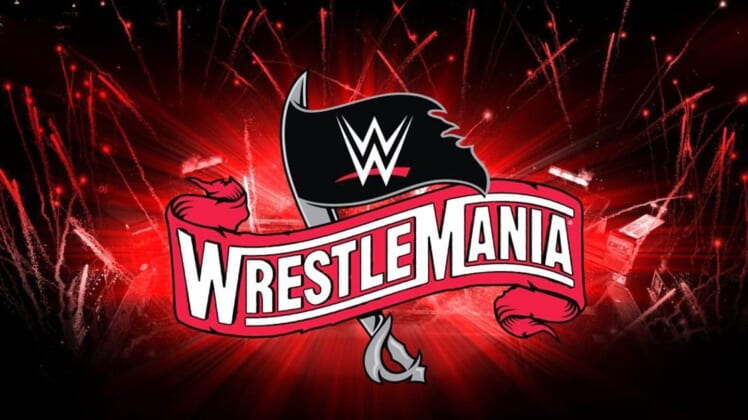 The Coronavirus pandemic has been a constant topic of discussion in our lives for the past few weeks. This pandemic has swept the nation and it appears this serious issue has no end in sight anytime soon. Because of this, massive Wrestlemania 36 changes are on the way.

Sports fans have found themselves with no options to watch their favorite sporting events as the NBA, NHL, NCAA Tournament, MLB, and many other major sporting events have either canceled their seasons or postponed them indefinitely. One huge yearly event not yet canceled is WrestleMania 36 which was originally scheduled to take place on April 5, 2020, at Raymond James Stadium in Tampa, Florida. WWE has decided it will not cancel or postpone the yearly extravaganza and go about business as usual.

Last week, Hillsborough County officials officially made their stance clear on the status of WrestleMania 36. Hillsborough County Commissioner Les Miller told Fox 13 in Tampa, Fla. last week that he’d “probably” have to cancel WrestleMania 36 if WWE doesn’t choose to do so because of concerns about the coronavirus pandemic.  Commissioner Miller stated, “I’m hoping that [WWE chairman and CEO] Vince McMahon and WrestleMania and WWE make the call themselves, but a week from now if they’ve not done that and we’re still in the situation we’re in, we’ll probably have to pull the plug on that.”

WWE held their weekly Smackdown Live shows at the WWE Performance Center in Orlando on Friday with no audience watching their show live. All episodic WWE programming will be taped at their Performance Center for the foreseeable future to include WrestleMania 36 as just announced in an official statement from WWE officials.

WWE officially released a statement in regards to WrestleMania 36:

“In coordination with local partners and government officials, WrestleMania and all related events in Tampa Bay will not take place. However, WrestleMania will still stream live on Sunday, April 5 at 7 pm ET on WWE Network and be available on pay-per-view. Only essential personnel will be on the closed set at WWE’s training facility in Orlando, Florida to produce WrestleMania.”

On Monday’s episode of Wrestling Observer Live, Bryan Alvarez reported that he had been told by people close to WWE that Tampa officials had to cancel the event so WWE could claim on an insurance policy they had protecting their expenses related to putting their yearly spectacle on. It must be noted though, Alvarez did say that he did not know if this was 100 percent true, but this is what he has been told by multiple people close to WWE. With WrestleMania 36 changing to a new venue, it is unknown at this time if the WWE loses its insurance protection.

The WWE has made questionable decisions earlier this year in running a live episode of Monday Night Raw in Utah despite a state of emergency issued in for a massive blizzard. We covered WWE’s lack of regard for safety of performers, staff, and fans in depth on a recent episode of my podcast Wrestling With Reality. WWE’s business practices define the popular phrase “The Show Must Go On”. It’s important to remember, WWE is the same company that continued a PPV event after a performer died in the ring.

Even with no crowd in attendance and a massive pandemic throughout the world, WWE made sure that their biggest event of the year will go on as planned.  Stay tuned to Sportsnaut as we will follow up on this story once we are given more information and details about this monumental change to this year’s WrestleMania.