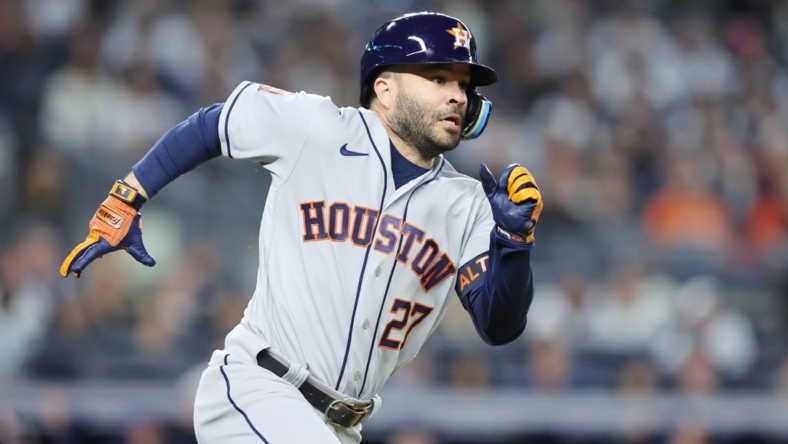 Baseball loves its numbers, yet none of the sport’s squadron of calculators and array of analytical equations foresaw this.

It will be the Houston Astros vs. the Philadelphia Phillies in the 2022 World Series starting Friday in a matchup of Them Again? vs. How the Heck? The No. 1 seed in the American League vs. the No. 6 seed (gasp!) in the National League.

It is chaos in an arena where predictability is desired.

Yet math doesn’t always tell the story. The Astros have been one of baseball’s best teams the past six seasons with less of a reliance on analytics than most. A talented roster with an old-school manager in Dusty Baker has been the perfect fit in Houston.

The Phillies, on the other hand, stubbornly clung to the idea that their calculations were correct, even when early results suggested otherwise. A roster of sluggers who lacked defensive range struggled in the first half, so Joe Girardi was fired. It no longer looks like a desperate move.

The Astros’ sordid sign-stealing history means they won’t be America’s favorites, but Las Vegas has no problem making them the odds-on preference to “win” their second title since 2017.

Meanwhile, the Phillies have embraced the new playoff format as the NL’s first-ever sixth seed to make a World Series in the newly expanded playoffs, while already winning nine postseason games just to get to this point.

With no limit to the plotlines, here are five things to watch for in the World Series:

Expect the “Rocky” soundtrack to play on a loop in Philadelphia, from “Gonna Fly Now,” to the opening bells of “Going the Distance.” Heck, even “Eye of the Tiger” could be coming our way. The Phillies and their fans are embracing their us-against-the-world mentality after not making the playoffs until the final few days of the season. But how much of an underdog can they be with the fourth-largest payroll in baseball? Don’t be fooled. The Phillies have enough starting pitching and long-ball potential to get the job done.

Win it for Dusty

The Astros and their 2017 sign-stealing scandal touched a nerve with baseball fans, although there is a heartwarming element to the club. Baker is one of the good guys in baseball, a former high-level player and longtime manager who is looking for his first championship as a skipper. Baker is known for wearing a number of adornments in the dugout, from wristbands to beaded bracelets, rubber bands, a Fitbit, a toothpick in his mouth and latex gloves on his hands. The accessory his team really wants him to have is a 2022 championship ring.

The Astros have their stars from Jose Altuve, Yordan Alvarez and Alex Bregman on offense to Justin Verlander and Framber Valdez on the starting staff. But the Houston bullpen has more than held its own with a 0.82 ERA in 33 postseason innings. Closer Ryan Pressly is 4-for-4 in save opportunities and has given up just two hits over 5 1/3 scoreless innings. The stars don’t shine without some grind from the grunts.

Not about that range life

Plenty was made of a Phillies’ roster with so much power potential and a lack of leather to accompany it. Were 9-8 victories really the goal each night? In an analytic world, did somebody think the defensive metric was unnecessary? What kind of mental toll would it take on the Philadelphia pitchers? Well, the Phillies were tied for third least errors in baseball during the regular season with 69. Looks can be deceiving, though. The Phillies also have limited range to get to balls other teams get a glove on, and it could end up making a difference.

Been there, done that

Hate on those cheatin’ Astros all you want, but just four players remain from the 2017 Opening Day roster: Altuve, Bregman, Yuli Gurriel and Lance McCullers Jr. Verlander was a midseason addition that year. The manager and the general manager are gone. The Astros have overcome the departure of superstars such as George Springer and Carlos Correa and are still standing. Four World Series appearances in six seasons with a rotating cast of characters is a major feat, and plenty of personnel still remain from the 2021 team that fell just short.